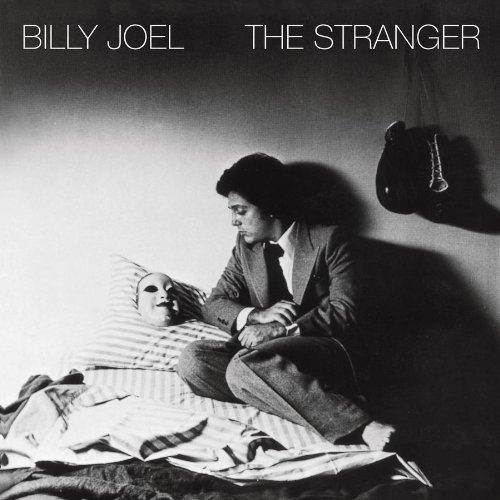 Billy Joel released his first single, Piano Man, in 1973. Referring to his time spent as a lounge pianist and singer in 1972, it was his first major hit, peaking at #25 in the Billboard Hot 100, and has become his signature song. It certainly played an important part in his becoming the sixth best-selling recording artist and third best-selling solo artist in America; but arguably the most important turning point in his road there was his fifth studio album, The Stranger.

That’s not to say that Joel had not been enjoying success before this album. He released his first album, Cold Spring Harbor, with Artie Ripp’s short-lived record label, Family Productions, which got him well-established enough to earn the attention of Herb Gordon, an executive for Columbia Records, who then signed him. This was something of a triumph for Joel; in 1967, he failed to graduate from Hicksville High School, as he had missed an English exam after playing a late-night gig the day before. At that point, he decided not to finish his diploma, and later recalled that “[he] told them, ‘To hell with it. If I’m not going to Columbia University, I’m going to Columbia Records, and you don’t need a high school diploma over there’.”

He eventually graduated 25 years later, in 1992, after submitting essays to the school board, and was awarded his diploma at the school’s annual graduation ceremony.

With Columbia, Joel’s studio work continued to be consistently strong, although he did start off a long-running frosty relationship with critics and the wider music industry with The Entertainer, a track on his third album, Streetlife Serenade. He satirises the decision to shorten the track Piano Man for radio play:

It was a beautiful song, but it ran too long.

If you’re gonna have a hit, you gotta make it fit,

He also toured the US and Canada, and opened for groups including J. Geils Band, The Beach Boys, and Taj Mahal. Turnstiles, his fourth album, was initially produced by James William Guercio and recorded with members of Elton John’s band; Joel wasn’t happy with the result, however, and made a fresh recording, producing it himself with musicians he picked himself; they later became the Billy Joel Band.

For his next studio effort, Columbia Records introduced him to Phil Ramone; he produced all of Joel’s albums until The Bridge in 1986, in a much more fruitful partnership. The Stranger was the first of these albums, and is widely considered Joel’s finest moment.

Commercially, it was a huge success. All four singles released in the US from the album went Top 25 in the Billboard charts, the highest of those being Just the Way You Are, which peaked at number 3. The album peaked at number 2, and was his first top ten. It has been certified multi-platinum, and is his best-selling non-compilation album. Despite never reaching number 1, it overtook Simon and Garfunkel’s Bridge Over Troubled Water as Columbia’s best-selling album.

Phil Ramone is credited, rightly, with much of the album’s success. Ira Mayer, writing for Rolling Stone, notes that “we don’t expect subtlety or understatement from him and, indeed, his lyrics can be as smartassed as ever. But Ramone’s emphasis on sound definitely lessens the impact of the sarcasm, which in the long run may help boost Joel’s career immeasurably.” A very astute prediction indeed. Ramone also helped Joel to clean up the production, making the sound much slicker and technically accomplished than before, whilst retaining all of Joel’s sweeping-melody style. Several of these tracks sound like they’re straight off Broadway, particularly Scenes From An Italian Restaurant, described by Goldmine magazine as “an epic multi-section masterpiece,” which shows off Joel’s particular penchant for storytelling in his lyrics.

There is some debate about whether She’s Always a Woman shows Joel to have a problematic attitude to the opposite sex, but it’s nevertheless impossible to deny its musical class. Just The Way You Are is irresistibly sweet (although Mayer called it “forced and overly simplistic”, it earned Joel his first two Grammy Awards in 1979), but on the other hand, Only the Good Die Young is infectiously bouncy and energetic.

Rolling Stone would later rank The Stranger as the 70th Greatest Album of All Time. It shows an incredibly talented and versatile musician at his very best, and is the magnum opus of a prolific and consistently first-rate songwriter. Of the album’s nine tracks, seven have made it onto my Spotify playlist, which you can listen to here.