The well-loved book in the article’s photograph belongs to my mother. ‘The Island’ by Victoria Hislop is her ultimate favourite book, with Hislop also standing as her favourite author too. The well-worn appearance of her edition is due to the large amount of people she lends the novel to on a regular basis, and all the places in which it has travelled with her; she has read it half a dozen times! For some very strange reason, I had never listened to her recommendation enough and picked it up. Normally, my ‘go to’ genre is a thriller, with the stereotypical ‘who did it’, for an easy and entertaining read in my Summer Holidays. However, after my exams finished this year, my mother finally persuaded me to read ‘The Island’. I couldn’t have been more surprised with how gripping and overall fantastic this novel is. Immediately, I began to think of what I wanted to write for the Bubble, to recommend it to as many people as I could. I finally understand my mother’s unfailing commitment to recommending this thoughtful, emotional, historical and all round brilliant literary piece, created by Victoria Hislop.

The story focuses all of its energy on the island of Spinalonga. Spinalonga is an island, only a short boat ride away from Plaka in Greece, which became a colony for people suffering with leprosy. The preface of the novel describes Hislop’s visit to Spinalonga: an island which she clearly fell in love with. Hislop saw an island, which although was filled with trauma and disturbing history, had a sense of beauty and an overwhelming feeling of community. Hislop notes that she is pleased not to have first-hand interviews, as it means her characters are entirely imagined and crafted by her imagination and the knowledge she has obtained from learning the history of Spinalonga.

The first victim of leprosy in the novel, is a beloved teacher called Elena, who is infected with leprosy by a young student called Dimitri. The pair are extracted from their homes, transported away from their families to Spinalonga, where they will live for days, months or even years until they have died, so are no longer carrying the infectious disease. From the moment the novel begins, the sense of disgust that surrounds the disease of leprosy is unavoidable. Leprosy is a disease stemming back to the biblical period, where victims of the disease were regarded as ‘unclean’; banished from society. Hislop cleverly captures the stigma attached to leprosy. The characters within the novel are tormented by the constant fear and unpredictable presence of leprosy. There are more sufferers than just Elena in ‘The Island’. Not only is the island itself literally bursting to its seams with victims, but there are plenty more shocking reveals of leprosy (one’s which I wrote about and then quickly removed after realising the threat of spoiling the novel for people who haven’t read it yet).  Hislop carries the stigma and the painful threat of the disease effectively in the novel; allowing the tensions to run through the characters and their situations with an impressive feeling of authenticity.

I was also interested in the inclusion of the WW2 in the novel. Hislop includes the devastating effects of the war in Greece and the violence that occurred in Crete especially. However, what was most intriguing was the isolation of the Spinalonga inhabitants from the War. An island based on disease and destruction, actually became one of the safest places to reside during the German occupation in Europe. Like many, the soldiers were fearful of catching leprosy meaning that Spinalonga actually escaped a large magnitude of the war. I found this relationship between Spinalonga and a suffering Greece to be particularly interesting. An island of people banished from their society, still stood up and lit candles for their families back at home; distanced from the violence of the war but still feeling it’s strong effects; even from across that separating stretch of sea.

What also stands this novel apart is the delicate detail carefully written on every single page. Hislop writes with such a level of beauty, I found myself in constant admiration of her writing skills. The great inclusion of imagery in ‘The Island’, does not undermine the action of the book. The novel is full of drama and significant action, whilst being simultaneously complemented with a thoughtful inclusion of emotion and description. The descriptions of the landscapes are vivid and generous to detail, crafting a beautiful image of the sea, the islands and the houses that inhabited the places. The characters of the novel also benefit from the high level of detail. I found myself becoming increasingly attached to all of the characters; the presentation of their genuine human nature and accurate personality traits are evident and impressive.

What I was most surprised with when reading about Spinalonga was the optimism embedded into the island. When I read the blurb of the novel, I wrongly assumed that Spinalonga was dominated by melancholy and disease. However, a community arose in Spinalonga. Cinemas, schools and a vibrant sense of life was created from the lepers, to make their life more bearable and occasionally even pleasant. The lepers travelled to Spinalonga isolated and alone, but Hislop is careful to include the family and community which was offered to the individuals on Spinalonga.

My greatest regret is not listening to my mother sooner on how brilliant ‘The Island’ is. My Mother’s (and now mine too) dream is to go stay in Plaka, taking that boat trip across to Spinalonga, to witness the place and reminisce the leper colony. Whilst most of us are stuck inside, it is the perfect opportunity to read some new book: I believe that ‘The Island’ is a fabulous place to start. It has everything someone could want from a book; imagery, emotion, detail, history, violence, action, character and a gripping nature which will lead you fully committed to the novel.

The featured photograph is the writer’s own. 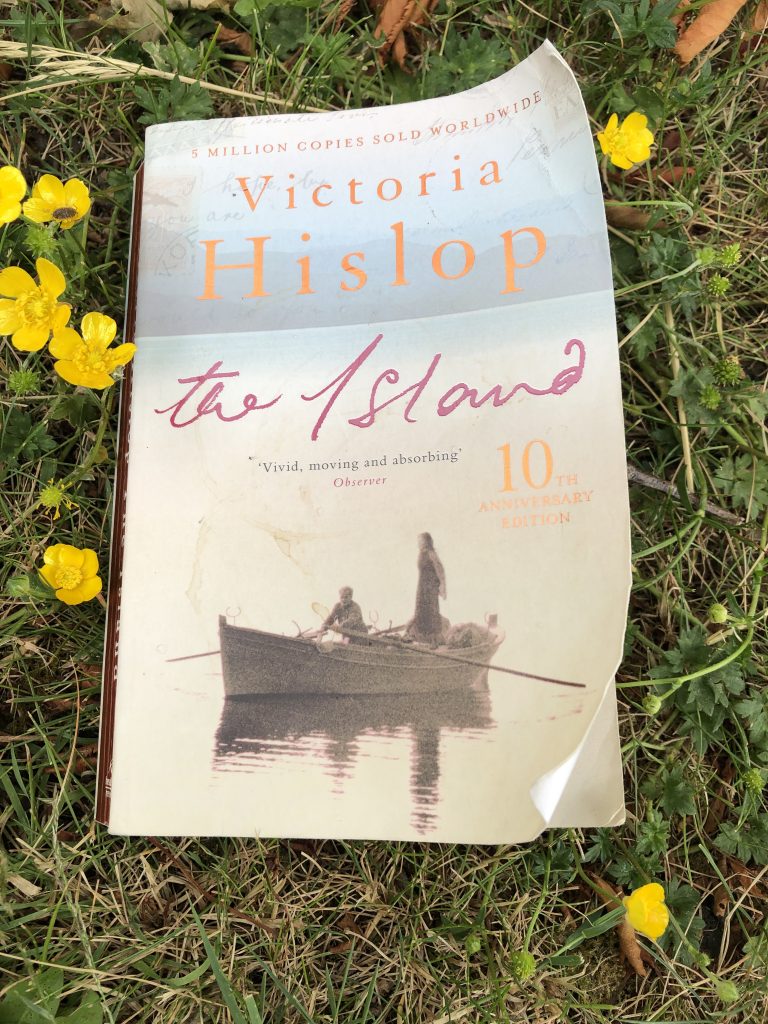