‘To Define is to Limit’ 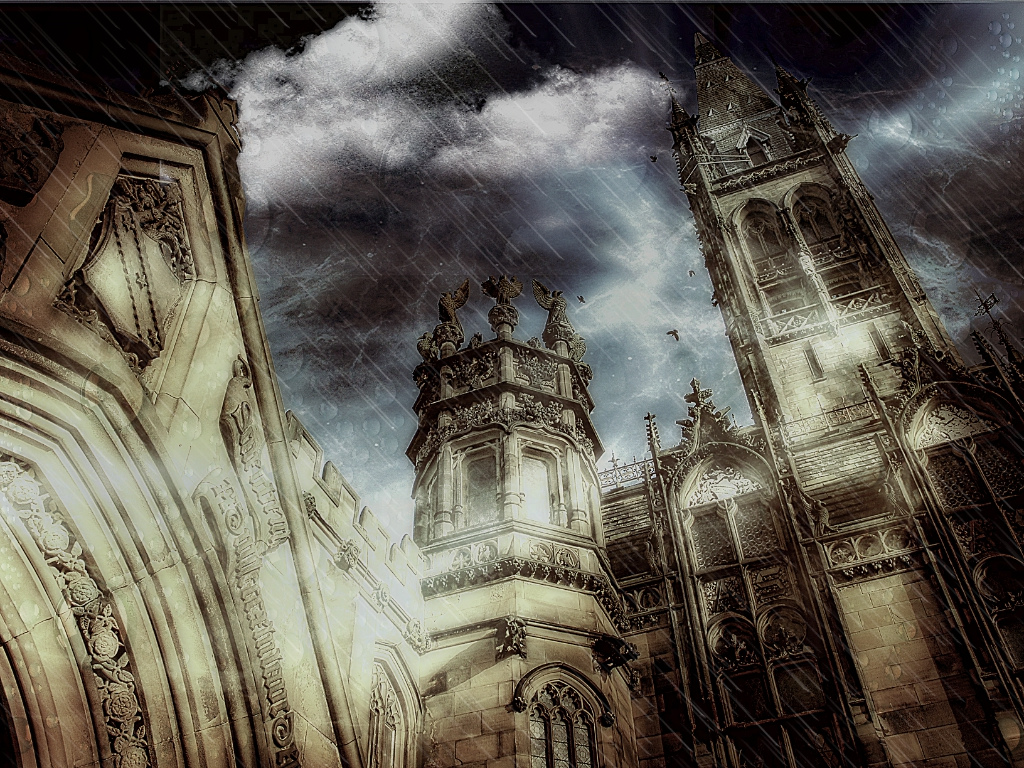 The nineteenth century awoke in the embers of the Age of Enlightenment, with a public whose minds had been broadened by those who questioned their strongholds of religion and science as none had dared to before. Different kinds of literature flourished and innovative, more liberal approaches to the afterlife, class hierarchy and education began to trickle through literature and flood society with thoughts of revolution and a new, better age. The Great Unknown was reborn and preyed on the unsettled creative mind, introducing Gothic literature and Romantic poetry to confront the fears of the collective. Many writers rejected conventional plots, characters and settings in favour of wilder, more dangerous ideas and more openly troubled characters. In short, the foundations for misunderstood, bookworm teenagers everywhere were set in the literature that emerged, blood-spattered and pale, from the murky cave of the nineteenth century.

Female writers began to take control of the literary world – Jane Austen was wildly popular in the early nineteenth century along with Mary Shelley, while the Brontё sisters (under the pseudonyms Currer and Ellis Bell) shocked and enthralled readers later in the period. Shelley’s Frankenstein, published in 1818, addressed fears of the swift developments in science and how they could affect society, while Pride and Prejudice (1813) sought to confront the stiff class hierarchy which defined and restricted much of society previous to The Enlightenment. The novel sees Mr Darcy, the proud, brooding aristocrat fall for the outspoken, unconventional Lizzie Bennet who continually questions the accepted customs and restrictions of her station, much to Mr Darcy’s delight and Lady Catherine’s horror. Having a female protagonist who rejected the conventions of her gender was refreshing for readers used to meek damsels who married within their status. Finally someone had addressed the horrific idea of marriage for the monetary needs of the family, and of women who never questioned this decidedly ‘short straw’ that society handed them. Charlotte Lucas (who will forever have my deepest sympathies) is the symbol of such oppression and is condemned for it when she marries the ridiculous Mr Collins (the only man on earth who thinks ‘exemplary vegetables’ and ‘Fordyce’s sermons’ are good conversation topics for wooing young ladies).

The female reign in literature continued in Dickens’ Great Expectations, with Miss Havesham, the jilted, ghostlike inhabitant of Satis House and her beautifully cold protégé Estelle, trained to inflict pain on men with her indifference. These two women offer a critique on society’s ideal of the silent, withdrawn woman and show how a lack of affection can send anyone mad, even those at the top of society’s hierarchy. This eerie background, along with the dark marshes haunted by escaped prisoners with psychopathic tendencies offered a gothic alternative to the safe, sheltered society that the reader had come to expect. The decadence of Pip and his friends later in the novel also warned readers about the opposite extreme, where decadence and desire corrupt and ruin the human mind just as much as loneliness and deceit.

The Brontё sisters also explored the gothic with their tales of heroines who wandered the unforgiving Northern moors in their despondency; waif-like, and searching for their identity. Jane Eyre is again an outspoken heroine who will not be downtrodden and has an ingrained sense of right and wrong. When they first meet, her superior, brooding Mr Rochester accuses Jane of bewitching his horse to fall and is convinced for a while that she is of another world. His pride and the class division between them are undone first by the revelation of his secret deranged wife and then by the fire Bertha starts, which blinds him and makes him entirely dependent on Jane. Their marriage is delayed, it seems, until the two become equal and Jane has a sense of her own autonomy, having refused to marry St. John and become independent instead. This enigmatic portrayal of Jane, coupled with the unmistakable madness of Bertha Mason, brand the novel as a gothic masterpiece. Within these pages lies a harsh critique of Victorian society, which championed self-control and repression of emotion above all else. As the novel suggests, however, such violent feelings cannot be neglected for long – every attic hides a monster waiting to descend and take revenge…

Wuthering Heights seemed to follow on from Jane Eyre, with the vastly unconventional love story, fuelled by the monstrous rage and petulance of the protagonists. Heathcliff’s hatred and bitterness coupled with Cathy’s cruel playfulness have deterred many from reading this as a love story, as the reader is tossed from one tragedy to the next. The novel is steeped in mystery and gothic conventions, from the opening wander through the unfamiliar moors to the ultimate gothic ending of a darkly eternal love finally fulfilled in death.

And, as always, the poets were eager to join the new movement. The Romantic poets such as Coleridge, Keats and Blake stunned the world with their moving odes and epics, using the fear of the unknown, the preoccupation with death and the melancholy of living to inspire great works. Among these wonders were ‘Ode to a Nightingale’, ‘Ode to the West Wind’ and ‘The Rime of the Ancient Mariner’. Blake’s ‘And did those feet in ancient time’ (better known as ‘Jerusalem’ and accompanied by Hubert Parry’s rousing anthem), meanwhile, contrasts the idyllic image of Jerusalem with the ‘dark, satanic mills’ of England’s industrial revolution. Bringing the sacred Jerusalem into contact with the murk of the Victorian streets encapsulated the ideas of the Enlightenment, questioning the idealised past and religion and contrasting it with the new, corrupt reality.

In short, the nineteenth century brought many beloved literary gems to the shelves – from Dracula to Emma, literature was rich with diverse new experiments, avant-garde philosophies and challenging ideas ready to shock and change society. The emergence of the gothic allowed for convention to be broken and for women to take the stage, forcing society to confront their simplistic ideas of madness and their insistence on suppression of emotion. Look at any list of classic or ‘must read’ novels and you will find a good proportion of them were written in the nineteenth century, and tackle the thorny issues of society’s prejudice or the fears that come with the realisation of The Great Unknown. This is why I believe that this time period was, from a reader’s point of view at least, one of the best times to be alive.