The Problem of Good Writing 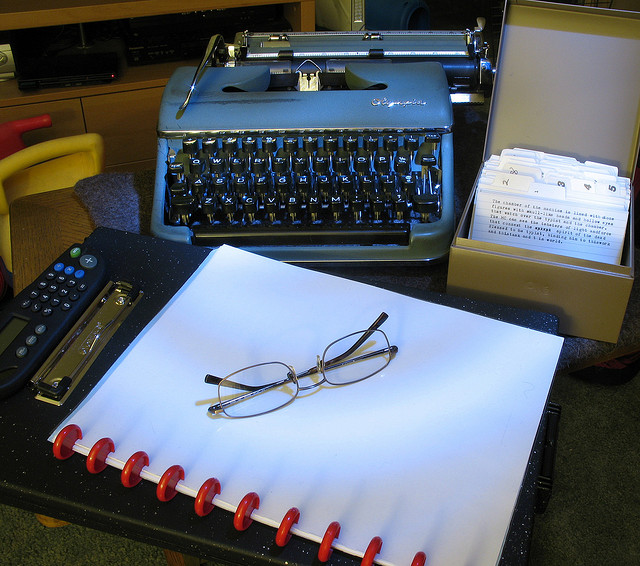 What is needed to produce good writing?

As an editor on this very literature section, my job presumes that I can make sure the articles published are well written, or at least identify good writing when it’s sent in. For a skill that is so difficult to define, it is surprising how many people are so confident on what makes good writing, good. It is a skill we all need to some extent, as we are all writers now. No matter how many videos, pictures and media files make up the internet, its core component is language. To participate in it in any way requires writing.

But we were never taught how to do this. Learning how to write good English is not part of the curriculum in any direct way. We might get thrown a few grammar rules here, or tips on good syntax there, but it’s largely expected that we will pick most of it up naturally, and this is how most of us learn. Even on coming to university to study English, there are no classes on how to write university standard essays or what style (or styles) may be appropriate and how they might be achieved. The expected method of learning is trial and error.

The collective confidence, then, seems ill-founded. When Claire Underwood, a major character on Netflix’s House of Cards, reads an article by the journalist character Zoe Barnes, she nods her head approvingly and declares ‘she can write.’ And we, too, nod our heads approvingly as if we all share the same idea of what good writing, and someone being able to write, means. And yet, there are no concrete rules to follow. Even the most basic rules we learn as children to help with spelling can be immediately undermined. Words like ‘beige’ mean that when we say one of the most well-known and repeated rules, ‘i before e, except after c’, we should add, ‘except when it’s not.’ Weird.

This is the main problem if we are going to find any fixed idea of what good writing is. For every example of something that is well written, there are a hundred others that show themselves to be just as good, if not better, while flagrantly defying the same virtue the first example exemplified. One of the most famous writing edicts is from Strunk and White’s The Elements of Style: ‘omit unnecessary words.’ With the latest winner of the Booker prize being an 832 page novel (the longest to ever win the award) this advice rings a little hollow. It is easy to have sympathy with Stephen Fry’s protest against it in the introduction to The Fry Chronicles, where he professes with his love of language he would rather use a hundred words, even if ten would suffice. It also makes Stephen King’s judgement, that most books on writing are full of bull****, all the more persuasive, even if it does come at the beginning of his own book, On Writing: A Memoir of the Craft.

Despite this, the business of teaching writing has never been better in the UK. There are over 400 undergraduate courses on creative writing, which does not even include less formal programs like the Faber Academy. While these courses may be extremely good and have vocal defenders, the fact remains that even the most basic rules one can make of what constitutes good writing are still dependent on the literary style and taste of those making them. Do not use repetition and simple declarations, unless you like a minimalist style like Hemingway, in which case do; or do limit the amount of adjectives and description you use, unless you prefer more poetic prose like Fitzgerald, in which case don’t! This is not even to mention the very messy business of ‘show, don’t tell,’ and all the complexities of the interplay between the two, when showing counts as telling or telling counts as showing or when the scene calls for one or the other.

I encountered this problem last year when I took up a creative writing course myself. There was a great deal I learned from it, but it was also filled with dead ends for me. In one instance, our teacher told us in wistful terms that prose was one thing, but poetry was something else. And indeed, it is something else, it is not prose. Another problem came when the discipline of using a word no more than once per paragraph arose. An excellent practice for a certain style of writing, but I have used the word ‘it’ six times in this paragraph and I feel no need to remove any of them. Doubtless this and many other courses like it teach how to write well with an effective style, but if you disagree with the tenants of the style then the ship has sunk in the dock.

Nonetheless, as with most arts, we can broadly tell if something is good or bad at the extremes. For example, if we take the opening sentence to Dan Brown’s Angels and Demons: ‘Physicist Leonardo Vetra smelled burning flesh, and he knew it was his own’, we might double take at the implication that Leonardo’s sense of smell is much keener than his sense of being burnt alive. Compare this to Raymond Chandler’s opening to The Long Goodbye: ‘The first time I laid eyes on Terry Lennox he was drunk in a Rolls-Royce Silver Wraith outside the terrace of The Dancers’ and we are immediately in a dramatic situation with questions to answer and without the confusion caused by a lack of clarity. Even here, however, we could protest this judgement. We might complain about the amount of precise detail in Chandler’s writing and deem it unnecessary, or see Brown’s writing as off-beat and original, refreshing against the norm of published fiction. Whatever one’s attitude, both writers have managed to be extremely successful bestsellers.

It seems to be an unresolvable problem, and one that is in increasingly urgent need of solving because of the tidal waves of content we face in today’s information age. But there is perhaps one way out of the issue. It is rare that we read many successful writers that hedge their bets, or qualify their judgements with apologies or immediate retractions. This is because all writing, whether fiction or non-fiction, shares the same purpose of trying to convince us of the validity of its worldview. It is unavoidable as all writing is necessarily the expression of the writer’s worldview, or at least a part of it, and aims to make the reader agree and share in what we are being told things are like. Even in writing this article on my view of the universal constant of all writing, I am trying to persuade you that I am right, and that my way of seeing things here is the most correct. Beyond all issues of grammar and syntax, if any piece of writing can succeed in persuading you to go along with the worldview it shows, then it must, in some sense, surely be judged as good. It is this attitude I use in judging the articles that come into the literature section’s inbox, and I think it has served me very well so far.