The Ghost of a Chance 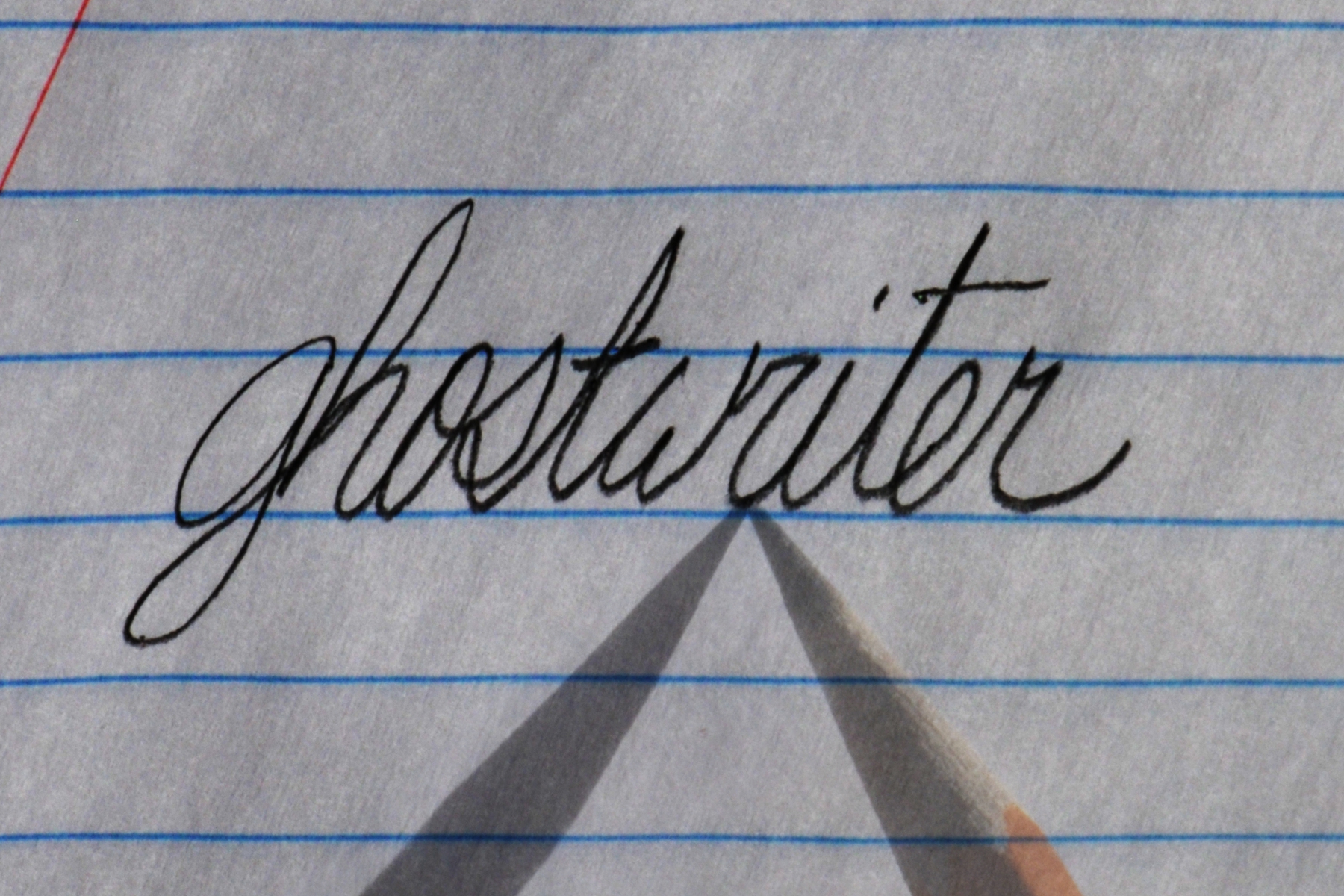 Ghostwriters: as sinister as the name suggests?

At the very heart of any creative process, there exists a sense of intimate selfishness. The author or artist in question has likely invested in the creative process with the expectation that the ultimate end product that they’ve come up with is original (to the degree that anything can be original), and more importantly, something that they own, by virtue of having created it. Therefore, the existence of (and the apparent necessity for) ghostwriters seems to be contrary to the aims of protecting the integrity of the creative process. Yet paradoxically, ghostwriting is one of the most accessible ways to enter into the creative field and even to eventually exercise their own personal creativity. I would like to explore the grey area occupied by the frequently invisible ghostwriters. Why are there still places for ghostwriters in the industry, and if anything, why does it seem that the presence of ghostwriters is now more integral to the final product than the creative process itself? More importantly, what does it mean for the future of creative writing and publishing?

Look at the controversy surrounding the debut novel of Youtube beauty vlogger ‘Zoella’ (Zoe Sugg, aged 24) Girl Online. The presence of her ghostwriter Siobhan Curham, a popular children’s author in her own right, is very much present. However, Curham herself has said that she ‘wasn’t looking for attention,’ and that she was only there to help Zoe tell the story that she wanted to tell. Similarly, as the official author, with her name on the book jacket, Zoe has maintained that she has been honest with her readers. Curham is credited as having been with her ‘every step of the way,’ which can be read as somewhat misleading. It has since been noted that Zoe insists the story is hers, but appears to have had only a limited role in how her story is actually crafted by virtue of talking very little about her writing process. Maybe it’s only tangentially related, but I am very much reminded of the controversial book Barbie: I Can Be A Computer Engineer. Unfortunately, Barbie is only ‘an ideas person’ and she needs real programmers Brian and Steve to do the heavy lifting in order to realise her game.

So then, it is not exactly a problem of ghostwriters trying to steal ideas or the creative credit. It is more the case that authors like Zoe appear to be siphoning talent and technique from more experienced writers, which makes the creative field difficult in yet another way. Aside from exposing a sort of on-going hoodwinking in the publishing industry, which Curham herself has admitted is particularly egregious when it comes to ‘celebrity’ publishing, there is a much more sinister issue at stake. The issue is, that whereas the field of creative writing has previously enjoyed a degree of equal opportunity, by virtue of being all about the ideas and their subsequent execution, this has now been overtaken with the expectation that good ideas (and also good execution) can be purchased, like any commodity, with money. Thus, the cost of entry into creative writing is relatively low, provided that one has a good idea, and a slightly better idea of how to execute it.

The advent of ghostwriting and, obviously, the vast amount of talent now available via such a movement ironically raises the bar for creative writing, and lowers it at the same time. On the one hand, ghostwriters provide the opportunity for people with just ideas and not necessarily the right techniques to realise their ideas to dip into the creative field. Even ideas that may have once been mediocre could have the chance to shine in a different pair of hands. While opening up opportunities in this way may seem more inclusive, the fact remains that ghostwriting services can become expensive. The act of ghostwriting may provide more jobs always sought after within the creative sector, but one must also pause and consider whether these jobs worth endangering the integrity of the creative process. Sometimes, returning to that sense of intimate selfishness gives words some much needed soul, divorcing it from being a purely mechanical process. There should be something said about you being able to love your own creations more than anyone else, even your ghostwriter.

To end, this is not at all to say that Zoe’s personal efforts towards her debut novel should be tossed aside, even if they may not have been completely crucial to the novel itself. Although I have expressed some hesitation about letting ghostwriters take over the creative process, it is clear from skimming a few pages of Girl Online that she wants her novel to speak to her fans and readers in a meaningful way about important problems such as cyber-bullying on the Internet. Still, it surprises me that Zoe would consent to speak with a voice that is not hers, and sans Curham’s help, maybe the narrative may not have been as polished, but her flaws too, would have given her the sincerity her novel needs.