Throughout my time as an English undergraduate at Durham, I have thoroughly enjoyed the ‘American poetry’ and ‘American Fiction’ modules offered to me. I have delighted in the chance to cover literature across different cultural backgrounds, with American literature standing out as a particularly riveting study. I hadn’t approached American literature since ‘Of Mice and Men’ at GCSE, and had forgotten about the textured quality of the settings, the captivating characters and engrossing plots which accompanied the vast land and diversity of America. 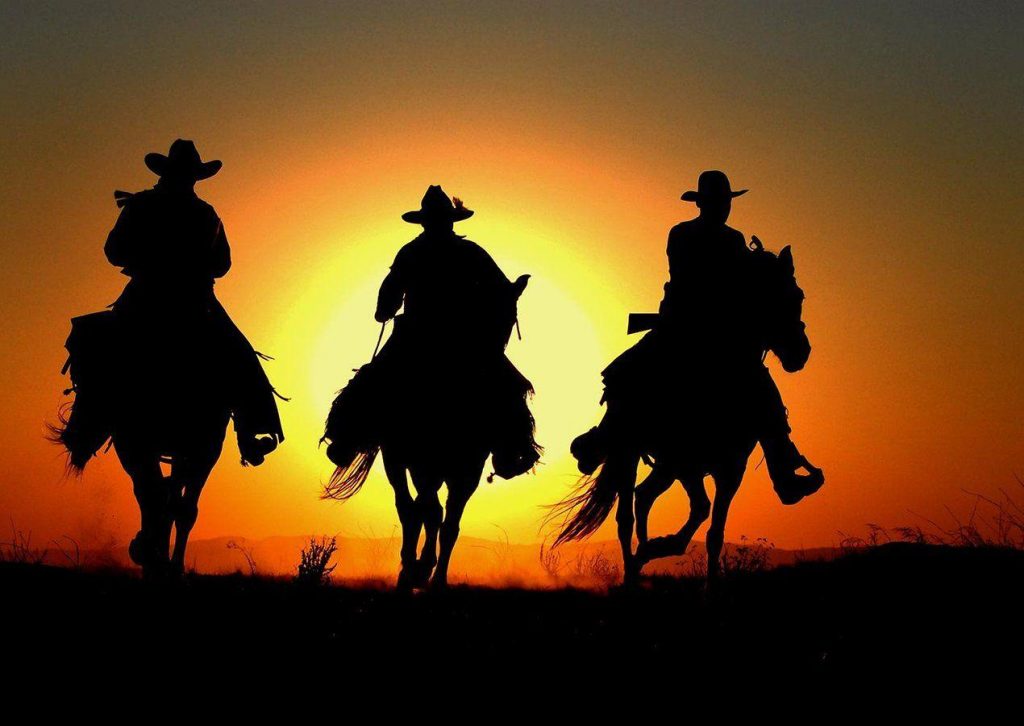 This year, I have been drawn to the well renowned American protagonist of the cowboy. The American cowboy became a literary myth; a myth which appears to transcend time. Regardless of time period, the image of the cowboy which springs to mind is always the stereotype of the strong man riding through the dessert, fighting for justice and duelling for women. Through the readings of Zane Grey and Annie Proulx, I have been able to discover the depth behind the superficial facade of what many know to be the American cowboy. It has been interesting to gauge what made the literary figure of the cowboy so important and why the mythic image of the American cowboy has been so prevalent in the genre of American literature throughout multiple decades.

The basic history of how the cowboy came to be represented in literature stems from the American expanse to the West. The demand for strong, manual labourers to work the Western land, explore the vast expanse, hunt for food and conquer the land, became synonymous with the American cowboy. Reading Zane Grey, one experiences this known trope of the cowboy. We read of Lassiter approaching on a horse, covered in mystery, handsome, and strong, maintaining a hard, masculine exterior. The ladies obviously swoon for him, and he dominates the landscape with his heroic authority. As America tried to conquer a new identity, away from the traditions of Europe, the character of the cowboy succeeded with this task. The cowboy was and is the glorified strong image that America wanted to project to the rest of the world.

Annie Proulx’s ‘Close Range Stories’, provides an interesting read, with a modern day perspective on the the impact of harsh masculinity associated with the cowboy. Brokeback mountain, is a celebrated story for it’s role in commenting on the lack of diversity in traditional Western adventure stories. Brokeback Mountain focuses on the forbidden homosexual love between two male cowboys; a love which is banished and incompatible with the expectations of the straight, white male cowboy.I watched a great interview, where Proulx discusses how the characters from that story stemmed from an event she witnessed in a restaurant, where she witnessed the homophobic, close minded attitudes of some of the Western inhabitants. She channelled this close mindedness into ‘Close Range stories’ presenting some of the hazards of glorifying the cowboy image to a too full extent. Proulx comments on the lack of diversity which grows as a result of a stereotype which puts anything other than masculinity as being lower on the hierarchy. The feeling of enormous personal failure appears felt by the characters who don’t quite reach the mark of a successful American hero.

The Literary American cowboy flashes up on our screens more than often. One doesn’t have to think very hard to imagine the appearance of a cowboy and 99.9% of the time, it is most probably a male. So how does the female figure fit into this genre? Frequently, through the ‘damsel in distress’ companion to the cowboy, who heightens the powerful exterior of the male, though their dependence on his strength. This image isn’t as common in Zane Grey and Annie Proulx’s Western literature as one may expect. Grey writes into the story some strong female protagonists, whilst Proulx provides us with some solid evidence of women being pivotal in the establishment of the West as a growing civilisation.The American cowboy image is directly associated with men, overshadowing any sense of an important female presence. I am impressed with these two authors, who dedicate literary attention to the female character of the West.

The American cowboy is eternally presented with a background of a testing environment. Harsh winters, and blazing summers require a hardness of character, courage and dedication to hunting and managing the land. Some of the traditional literature, such as Zane Grey, show their characters to thrive in that setting, whereas Proulx’s far more recent text, is honest about the perils and often tragic lives which are led on the open Western frontier. It is interesting to compare the two. The performance of Zane Grey which adheres to the traditional Western facade stands distinct from the realistic representations of Proulx.

Being honest, I don’t think I ever contemplated the American cowboy figure beyond the childhood films and tales that I found exciting and mysterious but nothing more. This year, I have done a double take. I have enjoyed delving deeper into the cowboy heroic myth. I would reccomend jumping into this field to any reader who enjoys learning more about character. Not only is it fascinating for historians to see the foundations of the character trope and captivating for anyone who enjoys an adventure story, it is amazing to see the depth to a figure so universally known simply for their cowboy hats, boots, and the mystery surrounding the West.

Featured image is free for use by Creative Commons License. Image can be found here: https://wallpapercave.com/w/wp3215908