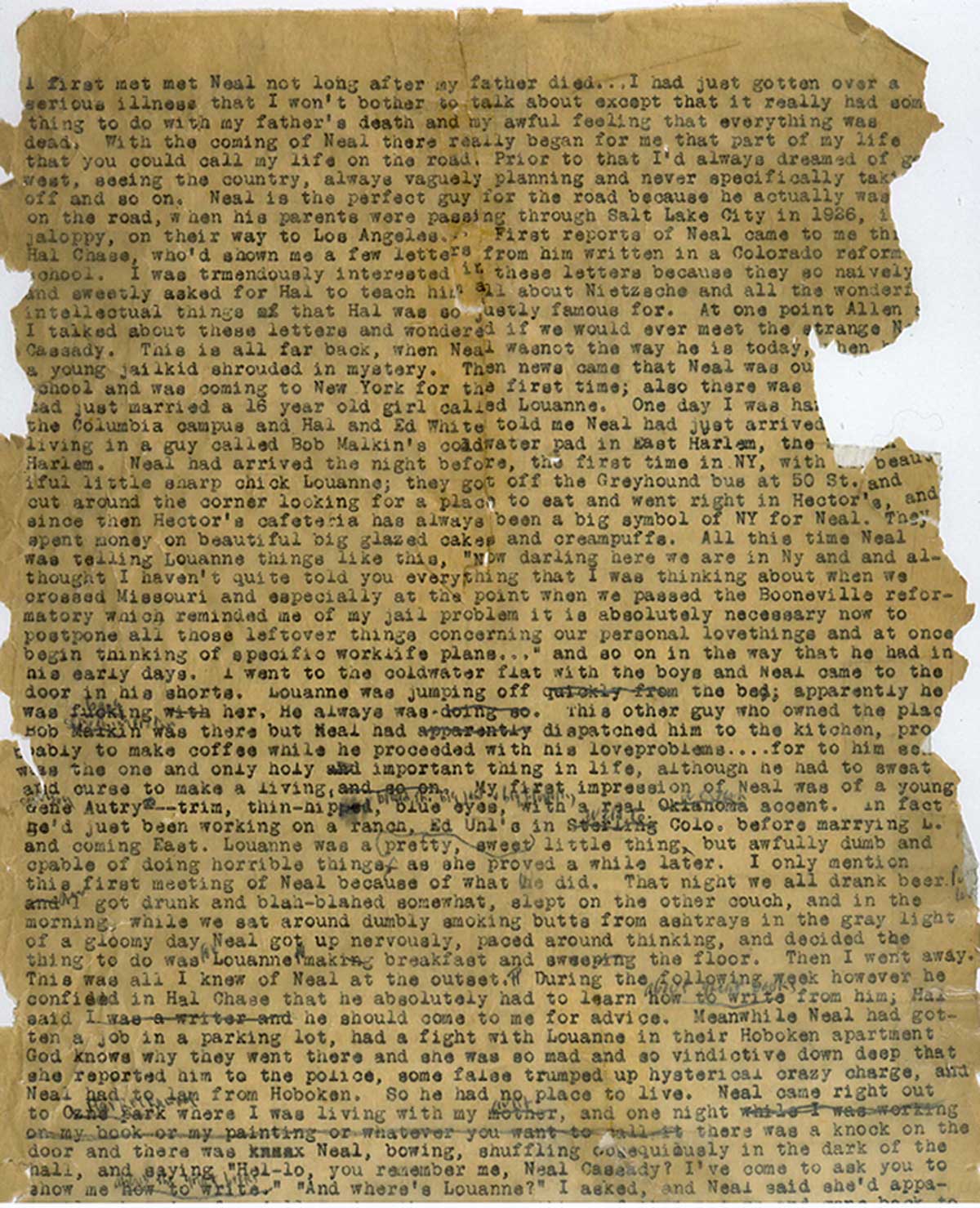 I have just started my Master’s in English Literary Studies here at Durham, and although for years I have focused my studies on modern feminist literature, I refuse to forget the writings of my foresisters. Some present-day scholars have the tendency to dismiss medieval writing, and sometimes with good reason: these texts are generally authored by men and filled with male patriarchal authority. However, the words of past female writers have acted as stepping stones towards women’s liberation, and their texts cannot be overlooked. As Barbara Newman says in On the Ethics of Feminist Historiography, “We need to be intensely conscious of our response to history” because “we may deny our foresisters such freedom and self-determination as they possessed” (704–5). As feminists and proponents of equality, we have the responsibility to analyse these works as initial feminist writing. With that said, one medieval piece that exemplifies my point is the Old English poem “Wulf and Eadwacer”.

I would not be surprised if many of my readers have not heard of this poem, as it was just a couple of years ago that I came across it myself. During my undergraduate degree, I was required to take one class on each era of English literature. I did not expect to read any female authored texts in a medieval studies class and was quickly proven wrong. The poem’s writer remains anonymous, but one can easily assume that both the author and the speaker are female. Although “Wulf and Eadwacer”’s estimated time of publication dates back to the tenth century, the addressed issues seem surprisingly modern and relatable.

At the bottom of this article, both the Old English and modern English versions of the poem are included for reference. I will briefly give a summary of the poem and discuss why this poem is still relevant to the study and practice of feminism today. In the poem, the speaker is nameless, while it appears as if “Wulf” is the speaker’s male partner and “Eadwacer” is a child they have together. The speaker writes from a place of physical abandonment, loss, and isolation. She is without her child; it seems as if she has been exiled from her community, perhaps for having this baby out of wedlock. She speaks of Wulf’s “rare visits”, which indicate that she has been banished (14). If you read through the lines, you can feel her agony and pain that comes from being without both Wulf and Eadwacer. At one point, the author says that not seeing her lover or her child make her “sickness” worse than the “lack of food” does (14–15).

The speaker indicates that she may have once respected the laws of her country, yet she repeats: “It is different for us” (3, 8). For whatever reason, the speaker did not marry her partner before she conceived her child. Boldly, she does not apologize for these actions, she only expresses regret because she cannot be with the people she loves. The deep romantic sentiment in these lines contrasts the violent words she uses to describe her community. At the same time, however, the speaker shows some bitterness about her love. She says, “I thought of my Wulf with far-wandering hopes”, with which she acknowledges the naïveté of the continuation of their relationship as well as the relationship in general (9). One can really see the speaker’s contemplation in the last lines of the poem, “that one easily sunders which was never united:/ our song together” (18–19). In other translations of the poem, the lines read: “that may be easily separated which was never bound,/ the riddle of us two together” (18–19). Yet even with her frustration, the speaker still does not want any harm to come to her partner, and understands that had the law been different the two would likely be together.

The author’s words lead her readers to sympathy. Teaching and referencing sympathy remains one of the greatest tools to help others understand their privilege. Unfortunately, situations similar to the speaker’s still occur today, which might be why the poem reads in such a modern way. Although the author provides a conclusion that is specific to her situation, she at some level speaks for a belief that continues to be combated: no one should be punished for who they love.

It is to my people as if someone gave them a gift.

They want to kill him, if he comes with a troop.

It is different for us.

Wulf is on one island I on another.

That island, surrounded by fens, is secure.

There on the island are bloodthirsty men.

They want to kill him, if he comes with a troop.

It is different for us.

I thought of my Wulf with far-wandering hopes,

Whenever it was rainy weather, and I sat tearfully,

Whenever the warrior bold in battle encompassed me with his arms.

To me it was pleasure in that, it was also painful.

Wulf, my Wulf, my hopes for you have caused

My sickness, your infrequent visits,

A mourning spirit, not at all a lack of food.

Do you hear, Eadwacer? A wolf is carrying

our wretched whelp to the forest,

that one easily sunders which was never united:

wæs me wyn to þon, wæs me hwæþre eac lað.