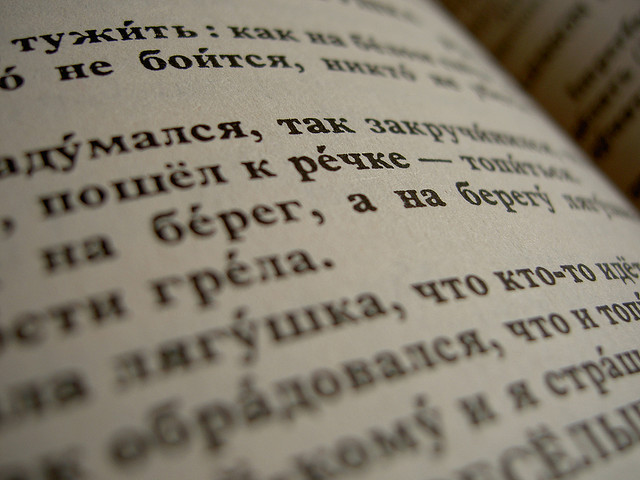 What lies beneath the Cyrillic?

Russian literature is like Russia herself: self-contradictory. In Russian literature, characters claim love for their enemies and hatred for their lovers, squander money when broke and run themselves into debt when rich. They philosophise on the sofa about their troubles instead of fixing them and achieve miracles when it seems that there is nothing that can be done.

The ultimate result of all this self-contradiction is great suffering. In no other nation’s literature does one find so much grief, pain, existential angst and despair. But, even in suffering, characters in Russian literature remain faithful to their self-contradictory nature: no matter how hard their lives get, they keep hoping for a bright future, smiling through tears.

For many Western readers, Russian literature is eponymous with the names of Leo Tolstoy and Fyodor Dostoevsky. There is a reason for that: Tolstoy and Dostoevsky are probably Russia’s greatest nineteenth century novelists, unsurpassed in their cultural depictions of Russia and its people’s peculiar psychology.

War and Peace is Tolstoy’s epic magnum opus, covering the lives of dozens of characters across 1024 pages. The book’s narrative, in accordance with the title, jumps between detailed depictions of the horrors of Russian Napoleonic War battlefields and the pompous life of Moscow’s gentry with their political salons and lush coming-out balls. However, there is more to it; the Russian title for War and Peace is Voyna i Mir, which can be translated both as War and Peace and War and the World. I think this is very characteristic of War and Peace, of its shiveringly real, larger-than-life universe, in which war and peace, pain and joy are in a continuous never-ending cycle.

Dostoevsky’s most famous novel is, undoubtedly, Crime and Punishment. However, in terms of Russian culture, I find The Brothers Karamazov a much more engaging work. Dostoevsky’s longest, most complex, and final novel, The Brothers Karamazov, is an existentialist tractate about the consciousness of the Orthodox Church wrapped in the cover of what I would call a detective tragedy. Its eponymous characters, brothers Dmitri, Ivan and Alexei Karamazov, are representative of three different approaches to religion: blasphemous atheism, wondering agnosticism, and naïve faith. Constantly shifting the narrative perspective by changing the focaliser of the narrative from one brother to another, Dostoevsky manages to give one of the most comprehensive accounts of the mystery of the ‘Russian soul’. 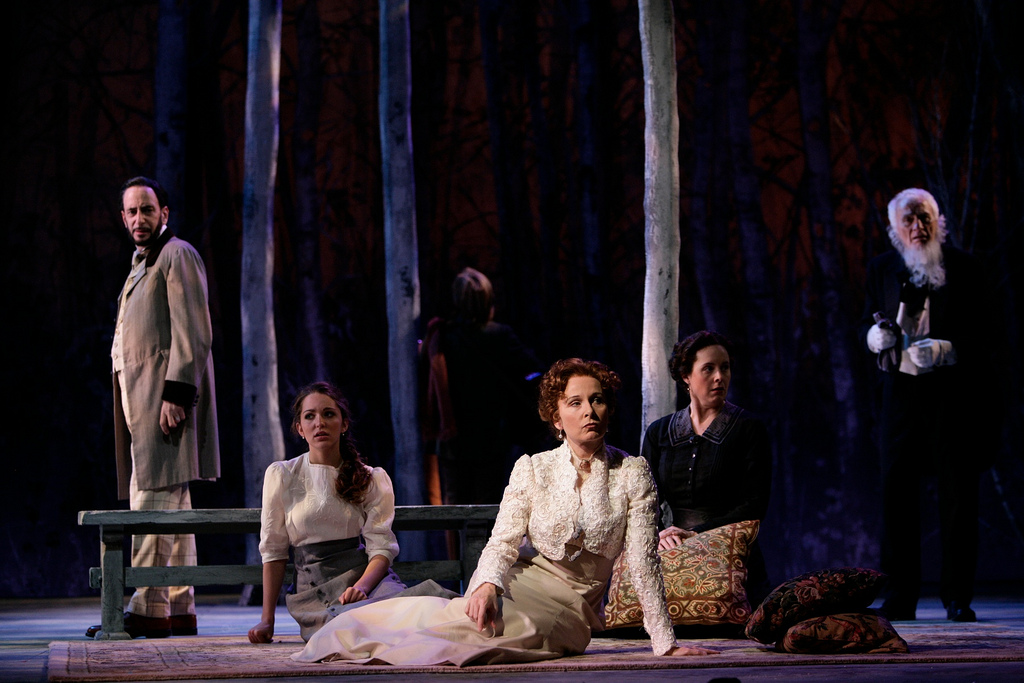 However, great Russian literature is not limited to novels. Anton Chekhov, best known for his plays Three Sisters, Uncle Vanya, The Cherry Orchard and The Seagull, is one of the most widely celebrated dramatists in the world. What makes Chekhov’s plays so exceptional is his detached, humbly impersonal writing style. Chekhov does not moralise, nor does he try to argue for anything. Whether he thinks it is for the best or worst that the landowning characters of The Cherry Orchard see their beautiful ancestral estate passing into the merciless hands of modernity and the emerging middle-class he does not tell us. Neither does he give an answer to Olga’s despairing plea ‘If only we knew!’ at the end of Three Sisters, refusing to provide the characters – and the play’s audience – with a ready-to-consume solution to the characters’ dilemma: how to be content in the world where it seems that the more you desire something, the harder it becomes to achieve it.

Critic Francis Fergusson once said about Chekhov: ‘It is because Chekhov says so little that he reveals so much, providing a concrete basis for many conflicting rationalisations of contemporary social change’. With Chekhov’s plays you are able to experience drama as if it all were real life, with no clues or conclusions – just raw, uncensored emotion, unstained by authorial insight.

It is not surprising that with such a talent for conflicting feelings of both grief and joy there should also be a lot of exceptionally talented poets among Russians. There are so many that it would be impossible to do justice to them all; however, I thought I could perhaps highlight a couple of my personal favourites.

Alexander Pushkin and Mikhail Lermontov, Russia’s most talented poets of the Romantic period, are often called ‘the Sun’ and ‘the Moon’ of Russian poetry. Pushkin is a little like Mozart in verse. A literary genius, undoubtedly, with an inhuman capacity for precision and ingenuity in his metaphor, but also a man of a very passionate, energetic temperament who could not sit still for long. From there perhaps stems this peculiar characteristic of Pushkin’s verse: it is often brisk and humorous, playing a never-ending game of tag with the reader, light on the surface – yet always withholding a profound meaning of astonishing density. 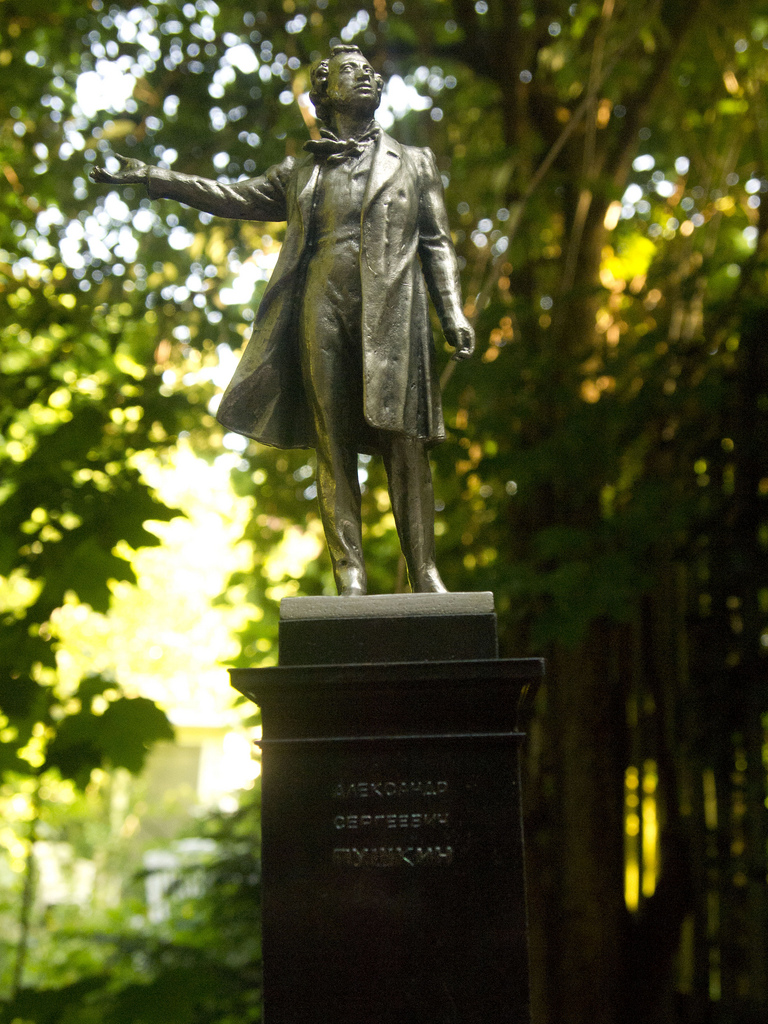 A tribute to Pushkin on Arts Square, St. Petersburg

Pushkin’s best piece is probably Eugene Onegin, a work unique in its form: its subtitle is a novel in verse, and this is, as far as I know, the only novel in verse in the history of Western literature. Eugene Onegin is a half-humorous, half-serious satire on Romantic literature. Its title character, dandy nobleman Onegin from St Petersburg, deems himself a true Romantic hero when he goes to the country and breaks the heart of Tatiana, a naïve country girl from a noble yet simple family of landowners. Fate (and Pushkin’s wit) turns back on Onegin’s hubris when many years later he is bewitched by Tatiana when he sees her in the role of a hostess of the most fashionable ball in St Petersburg. However, it is all too late as Tatiana has already married another man. Eugene Onegin is a tragedy that does not take itself seriously, making its hero cry yet laughing at his tears. In conjunction with Pushkin’s light, flying rhythm and ingenious rhyme, it makes Eugene Onegin a poem that surpasses any other in the genuine pleasure that it gives.

Lermontov, as you might have guessed, is the exact opposite of Pushkin in his style and personality. If Pushkin laughs at the Romantic, then Lermontov is the epitome of one. Weak in health, he was brought up at mineral water resorts of the Caucasus Mountains, wildly enchanting scenery which shaped his poetic vision profoundly. Lermontov’s character is always a Byronesque figure, an existentially perplexed hero full of teenage angst (Lermontov died at the age of 26) and at battle with natural forces, a hero doomed to a tragic demise yet undefeated in the power of his Romantic infatuation with life.

These penultimate lines of Lermontov’s poem ‘White Sail’ best of all describe Lermontov’s poetic hero. Yet, I would also say that, in a way, they also apply to most authors and their characters in Russian literature – irrational, self-contradictory, cursed for everlasting grief but always hopeful in their striving to find meaning in life:

‘Rebellious, it seeks out a storm

As if in storms it could find peace!’