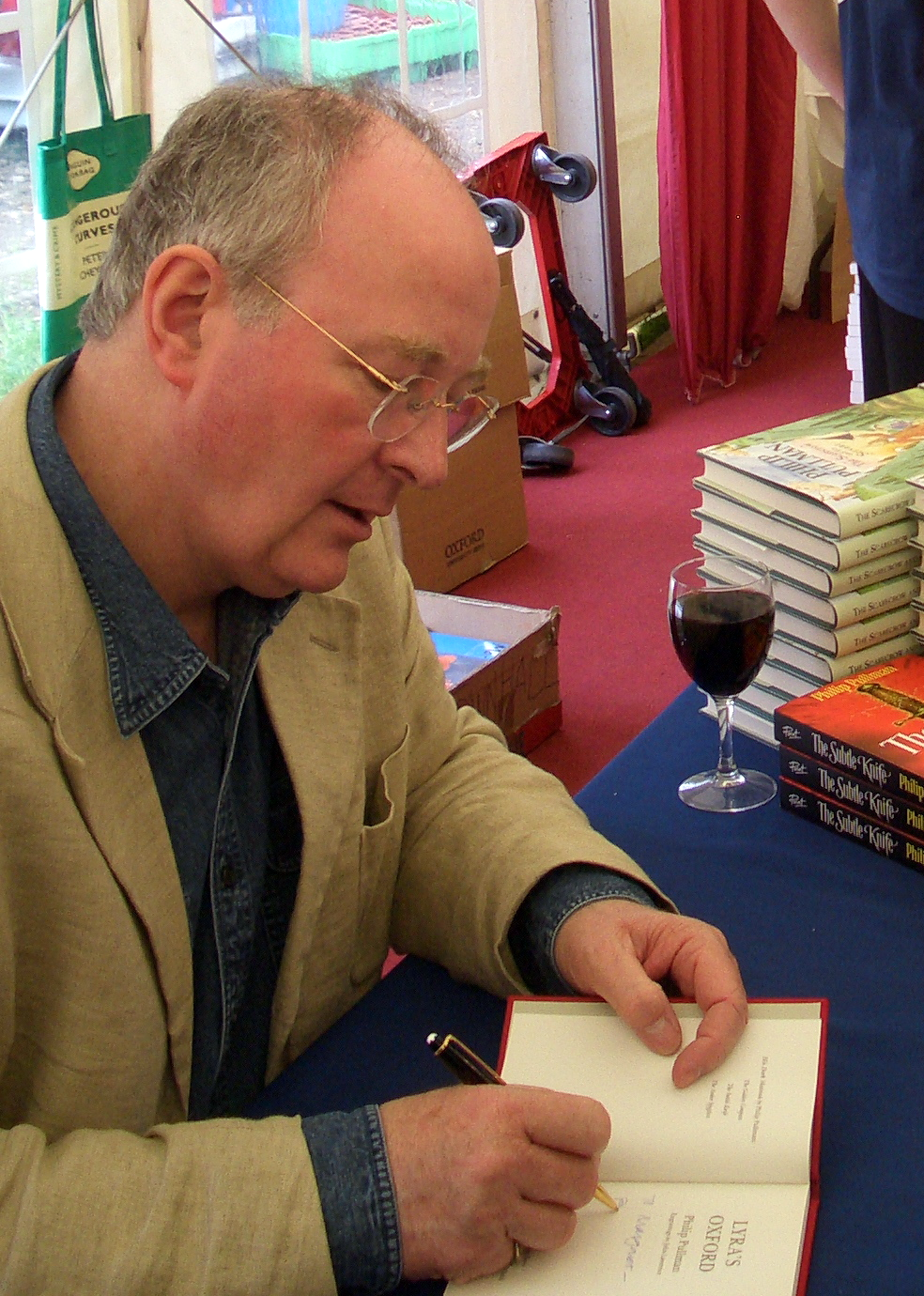 Philip Pullman: an author for a generation?

It is a testament to Philip Pullman’s enduring popularity that, at his talk on the final day of the Durham Book Festival, the Gala Theatre was packed with readers of various ages, all eager to hear him speak about his literary career. 2015 marks the 20th anniversary of the publication of Northern Lights, the first instalment in Pullman’s highly successful trilogy His Dark Materials. This is a series that has sold 17.5 million copies worldwide, won multiple awards and found an enthusiastic readership amongst children and adults alike. In addition, as the chosen novel for the Book Festival’s ‘Big Read’, three thousand copies of Northern Lights have been distributed for free across County Durham, in schools, community centres, prisons and the university.

Despite these impressive accolades, Pullman’s hour long conversation with Caroline Beck was highly accessible. Much like the style of his prose, Pullman’s intelligence was consistently obvious in his speech but his self-deprecating wit and inclusive manner ensured that nothing about the event seemed pretentious. His frank discussions about life as a writer were light and humorous: for instance, when asked about the inspiration behind the iconic dæmons in His Dark Materials, Pullman freely admitted that the idea did not strike him until he had begun and discarded eighteen drafts of Northern Lights. Similarly, when an audience member asked him whether there was any reason why dæmons are usually, but not always, the opposite sex to their human counterparts, Pullman replied that he hoped to find out the answer to this question through the process of writing his companion novel, The Book of Dust. Finishing this book would be a relief for him for several reasons, he continued, as he had vowed not to cut his hair until he had done so, and now found the ponytail uncomfortable and irritating. This honest representation of writing and literary world-building as something requiring hard graft was highly refreshing, especially when coupled with Pullman’s genuine love and continuing interest in his own creations.

Hearing Pullman’s readings of extracts from his own work, including enthusiastic ‘voices’ for particular characters, confirmed my sense of the writer’s great attachment to his novels. Despite this, throughout the event I was struck by how emphatic he was about his audience’s liberty to interpret his novels freely, describing the act of writing as a dictatorship that becomes democracy when the story is shared with readers. This seemed particularly relevant given the criticisms that have been launched at Pullman from religious commentators, due to the sinister role of the Church and the God-like Authority in His Dark Materials.

Yet, even whilst discussing these controversial slants to his work, Pullman remained commendably open to opinion, contesting the label ‘atheist’ in favour of ‘agnostic’ and differentiating between his feelings towards religion itself and his criticisms of the Church. Pullman related his Christian upbringing and exposure to psalms and sermons as an important part of his life and praised Christianity for asking big important questions about existence; this, in his eyes, was the role of Lyra in His Dark Materials and especially the young adult readers who encounter her story. What Pullman disliked, he explained, was the corruption that could occur when religious people gained too much power, and this is what he sought to explore in Northern Lights. I found it highly admirable that this portion of the discussion was sensitive rather than militant but, equally, that Pullman was able to defend his choices in a manner that shed light upon one of the most important themes in his unique trilogy.

In fact, Pullman was far more emphatic about his dislike for the works of J. R. R. Tolkien and C. S. Lewis than he was about his religious views. Despite adoring both The Lord of the Rings and The Chronicles of Narnia, I, along with the rest of the audience, found myself laughing along as Pullman slammed Tolkien for his lack of female characters and representations of sexuality. He reserved his greatest contempt for The Last Battle, Lewis’ final instalment in the Narnia trilogy, and his indignation that Susan should be excluded from Narnia as a result of her interest in ‘nylons and lipstick’ resonated with my own annoyance when I finished the series as a child. The nods and chuckles from others in the audience confirmed that this view was widely held and Pullman’s tirade had found a room full of willing listeners.

The zeal with which Pullman attacked these books was matched only by his eagerness to discuss the literature that has influenced his own work. Quoting both Milton and Blake off the top of his head, he encouraged the audience to consider the sounds of poetry and the beauty of enigmatic verses such as ‘The Sick Rose’. Blake’s collection Songs of Innocence and Experience, as well as the poet’s lesser known piece The Marriage of Heaven and Hell, were texts that Pullman considered to be strong influences on his own writing, whilst the title His Dark Materials comes from a line in Book 2 of Milton’s epic, Paradise Lost. His tendency to borrow from these poets whilst constructing his own ambitious plots caused Pullman to joke that if he had his own dæmon, it would probably be a bird that steals things and takes them for its own, like a magpie or a raven.

It was a shame that time constraints meant that we had to skim over the rest of Pullman’s output. Grimm Tales, his dark collection of fairytales, was mentioned only briefly and I would also have liked The Sally Lockhart Quartet, Pullman’s Victorian detective stories, to have been brought into the discussion. In the short time slot, however, I am sure I was not alone in wanting the focus to remain close to His Dark Materials, the trilogy that is considered his masterpiece. At the beginning of the event, the chair, Caroline Beck, described this series as one of the forerunners of cross-generational Young Adult fiction, with Northern Lights published before Harry Potter and the Philosopher’s Stone and far in advance of Suzanne Collins’ The Hunger Games. It is a mark of Pullman’s success that I, along with many others, attended the event because I still consider these books that captured my imagination as a child some of the most absorbing and inventive that I have ever read.