Yasser Nasser in Literature on 5 February, 2014. 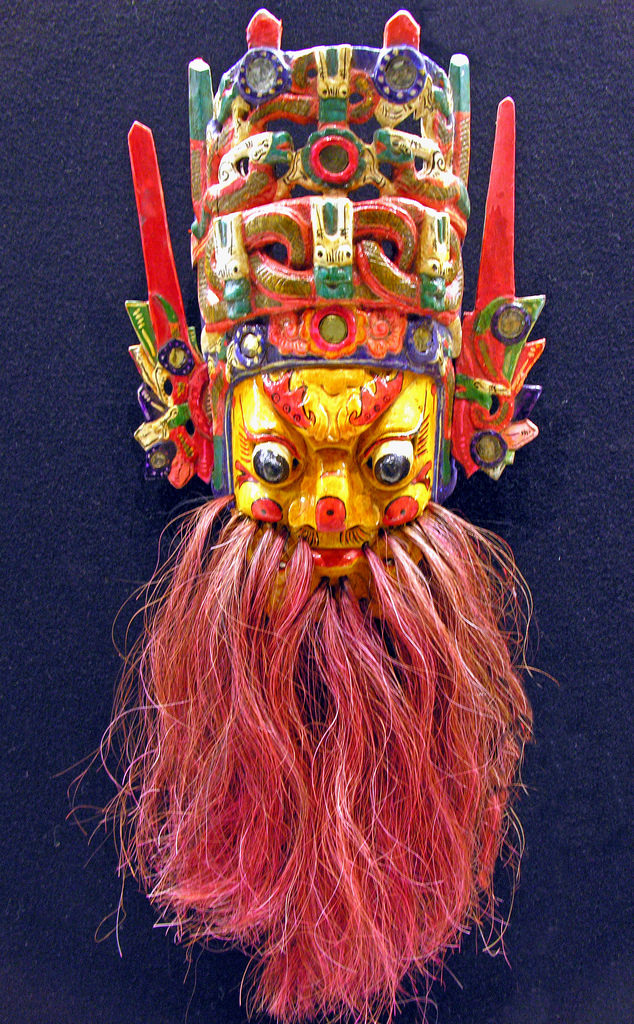 The opera mask of Yang Lin, one of the characters of Water Margin, at the Shanghai Museum

Just as the West has a massive collection of works that have been influential on generations of writers, East Asia too has a number of novels and epics whose influence has been felt throughout the centuries. In particular, a group of Chinese works have proved to be monumental in their importance, creating narratives, archetypes and themes that have been used by countless other authors. These are the Four Great Classical Novels, commonly regarded as the pinnacle of Chinese literature. These four novels are still popular today, having spawned a variety of tributes and offshoots throughout Japan, Korea and Vietnam. Even in the West, works such as the Romance of the Three Kingdoms and Journey to the West have been read. For the next few articles in the series, I would like to take the time to introduce all four of these works.

I would like to start, however, with one of the lesser known books of this collection – Water Margin, also known as Outlaws of the Marsh, by Shi Nai’an. Written in the 14th century, it is the oldest of the Four, and indeed one of the oldest novels in the world. While this might seem rather daunting to some, it must be mentioned that the book is rather easy to get into. Although it is an epic, the story is not hard to follow, nor are there any elements that are particularly convoluted, as some Chinese works tend to be – some of the other Four tend to have many elements of their narrative shrouded by pages of poetry and unfamiliar metaphors. This is not the case here.

A common element that all of the Four Great Classical Novels share is their narrative style. An omniscient narrator tells the story, and though this perhaps means that it is a little harder to connect with the characters, with the case of Water Margin this works quite well. There are dozens and dozens of characters that we follow throughout this gargantuan novel, and really I can’t think of a better way to have told the story.

Shi Nai’an’s writing is also simply phenomenal. I would struggle to name many other books where an author is able to connect so many overlapping strands in such a seamless way; dozens of different characters are brought together and share a diverse range of relationships. I must admit that at first it can seem rather challenging – often at times it may be difficult to keep track of the various characters and their progression. However, it does become easier as you go along.

There have been multiple translations of this highly influential work. A bit of research has revealed that Sidney Shapiro’s translation is considered the most accurate. I myself read the version by J. H. Jackson and though for the most part it is very readable, the text is somewhat corrupted by highly flowery language. However, Shi Nai’an’s style certainly comes through, regardless of the translation – there is a supreme focus on the narrative over frivolous descriptions, which keeps the pace of the novel rather fast and fluid.

The actual story that Water Margin tells is fairly straightforward, regardless of the scope of the character arcs. It follows the tale of various warriors and officials – 108 – in total who were wronged by the government and corrupted bureaucrats, and, after their own various journeys, they all join together at Liangshan Marsh, forming a sizeable army and essentially beginning something of a small-scale revolt against the government.

With that said, however, there is plenty of complexity to be found with Water Margin. The prologue of the novel reveals that the protagonists are the reincarnated souls of demons that were released by a bumbling court official; they live out their lives with justice and morality as a way to redeem their souls.

Indeed, in this sense the story could very well be identified as an epic on the scale of something like the Iliad. There is a mythological undercurrent to the text that helps drive the plot forward – the reader is always acutely aware that the heroes of Water Margin are destined to meet at Liangshan Marsh. The trials that each of the heroes face on the way – from prison sentences to cannibalistic witches – are all part of the cycle of redemption that they must go through.

Large-scale battles and violent encounters also feature rather heavily in the novel. At times it can be rather graphic, with the protagonists destroying their foes with little remorse. In fact, if there is one major criticism I have of Water Margin, it is that the protagonists themselves are rather hard to like. Misogyny, racism and bigotry are all very present in the book, with its heroes often doing some rather questionable things. It could be said that Shi Nai’an’s views here are simply as a result of him being a man of his time, but I think it is more than that – after all, the heroes of Water Margin were demons in their past lives, and so it makes sense that they are somewhat contemptible for most of the novel. Eventually, when they all come together at Liangshan, their actions finally start to match their values and ideals. This is more than likely intentional, linking back to the idea of redemption.

But, Water Margin is also more than just a mythological work. It also serves as political and social criticism of contemporaneous Chinese society. Virtually all of the protagonists in the novel were wronged by corrupt officials that failed to properly uphold the law and keep the balance in their region – this is a common motif in general Chinese culture. This is the reason that each protagonist turns to crime and joins the rebels at Liangshan Marsh – they feel that the government and society are both unjust, and that the only way to combat injustice is through violent rebellion.

It is easy to see, then, just why Water Margin is so highly regarded. I can think of very few works that were as easy to read but were nonetheless so thematically complex. It is a difficult balance to strike – that Shi Nai’an succeeded so spectacularly while also keeping the entire piece fun and engaging is wondrous indeed.