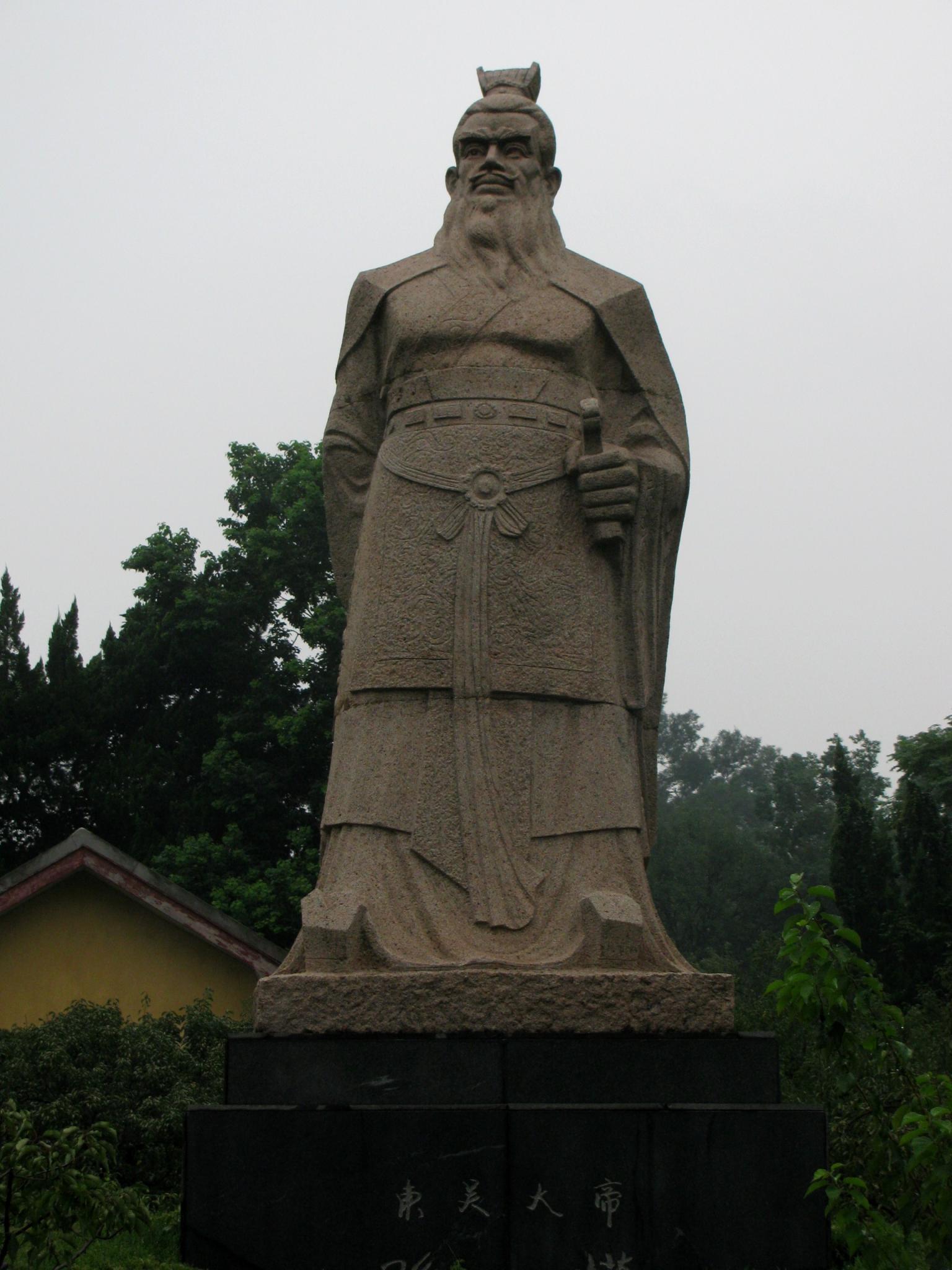 Sun Quan, Emperor of the Wu Kingdom in Romance of the Three Kingdoms

While Dream of the Red Chamber is perhaps the most well-written of the Four Great Classical Novels, Water Margin the most thematic, and Journey to the West the most enjoyable; Romance of the Three Kingdoms is by-and-large the most famous. Just as the English language has had the works of Shakespeare as arguably its greatest influence in modern literature, Chinese literature, and indeed most of East Asia, has Romance of the Three Kingdoms.

As any major buff of Chinese and martial-arts cinema will tell you, Red Cliff is a fantastic movie. This is in part because of the source material; John Woo drew directly on Romance of the Three Kingdoms. Red Cliff in its entirety is nearly five hours long – however, it only drew on a single plot line of Romance of the Three Kingdoms. That alone should indicate the sheer size of the work. This is a novel that in its entirety is well over 800,000 words long. It is most certainly not a light read, as a result.

But is it worth reading? Absolutely and undeniably. Romance of the Three Kingdoms, much like Journey to the West surpasses all of its fantastic adaptations simply because it is an incredible work in every sense of the word. While it lacks the jovial nature of Water Margin and Journey, it more than makes up for it with its dedication to its narrative.

Like all the Four Great Classical Novels, this particular novel is an epic in every sense of the word. Unlike the others, however, Romance of the Three Kingdoms dedicates itself wholly to the telling of a singular grand tale; focusing on a central plot which has a clear progression. This is an achievement in itself. As anyone who has read large books will have experience of, authors of these colossal works tend to get sidetracked and bogged down by their side-plots. Romance of the Three Kingdoms very rarely suffers this problem; most of the time, the reader is far too engrossed in the rich world that is being woven to even notice.

This is thanks to the mastery of its author – Luo Guanzhong. Coincidently, Luo also compiled and added to Water Margin, which gives him the rather special status of having contributed to two of the Four Great Classical Novels. That alone should be rather telling as to his literary skill. While some have accused Romance of the Three Kingdoms of being rather dry and slow at times, I feel that Luo was deliberating choosing to write a ‘slow-burner’. This is a story that is, after all, based on historical happenings; it is not a tale that could have been told in any other way. Regardless, I feel that its slow nature helps the novel as opposed to hindering it. After all, Romance of the Three Kingdoms is a tragedy much in the vein of Shakespeare’s works; and it is a tragedy that is made all the impactful by the controlled unravelling of plot elements.

As always, before jumping into the actual plot, there should be a word on translations. Being a rather celebrated work, there have been many translations of Romance of the Three Kingdoms, but most scholars would agree that the translation by Moss Roberts is the best, staying faithful to the original text while still managing to capture Luo’s characteristic writing style. I personally read the older translation by Charles Henry Brewitt-Taylor; this was a rather good translation as well, but Roberts is probably superior simply because he has a lengthy introduction and list of characters and maps that really helps Western readers keep track of what is happening.

The novel focuses on one of the most tumultuous periods in ancient Chinese history – the aftermath of the Yellow Turban Rebellion and the subsequent Three Kingdoms era; thus explaining the title. In fact, most of the novel, rather famously, is entirely historically accurate – though there is some fiction and dramatisation to Luo’s recounting of events, for the most part the historical narrative remains intact, and certainly the social and political conditions of Han-era China are entirely accurate.

Though Romance of the Three Kingdoms has hundreds of characters, the principal protagonist of the work is the hero Liu Bei, the founder of the Shu Han state. Liu Bei is depicted not only as a brilliant strategist and a mighty warrior but also as an honourable man, remaining loyal to the Han Emperor.

On the other side of the country, the warlord Sun Quan established his own state – Wu. His fate seems tied to that of Liu Bei, as the two often collaborate while simultaneously scheming against each other; in a sense, this perfectly encapsulates the chaos of the period.

Diametrically opposed to Liu Bei is the warlord Cao Cao. Indeed, it could be said that the Romance of the Three Kingdoms is just as much about Cao Cao as it is Liu Bei. Just as Cao Cao rises to power and takes control of the Han Dynasty, so too does Liu Bei rise in the south – the two men rise and fall together. The difference is that, whereas Liu Bei is depicted as honorable and just, Cao Cao is depicted as villainous and tyrannical.

The greatest tragedy, however, is that Cao Cao himself started off with the best of intentions, before falling to tyranny, and it is hinted at that the same fate is in store for Liu Bei himself. On Luo’s part this seems to be a sort of subtle political commentary – it is a common theme in Chinese history and indeed world history for idealistic warlords and leaders with good intentions to fall prey to despotism. In this sense, Romance of the Three Kingdoms could very well be interpreted as a warning.

Regardless, there is a reason this work is so celebrated in the East and relatively well-known in the West; it is a colossal masterpiece that captures the reader’s imagination and takes them on a long and thrilling tale of violence, greed and tragedy. I recommend Romance of the Three Kingdoms wholeheartedly.