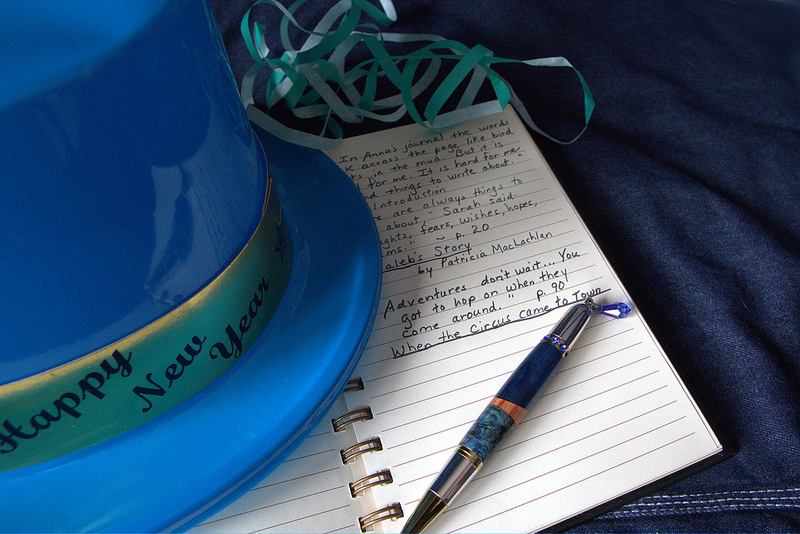 Shouldn’t New Year’s resolutions be fun and easy to follow?

It’s that time of year again: the Christmas presents have been packed away, everyone’s stockings (and purses) are empty and it’s time to crack open the champagne and celebrate the start of 2014. Inevitably, this also involves making New Year’s Resolutions: something that everyone does and nobody seems to stick to. I know; I’ve done exactly the same thing myself, and it normally involves a vow not to go near chocolate, which is always broken in the space of a week.

But shouldn’t these same resolutions be fun and easy to follow – a way to broaden your horizons instead of limiting your food intake? As an English student, for me the answer lies in books. As a modern-day fiction fan, my reading span generally tends to exclude the Classics – in particular, those of Modernist Literature, and, as many of you will probably think, for good reason.

So, what does this shunned genre consist of? Brought to prominence through the work of authors such as James Joyce and Virginia Woolf, the stereotype attached to it is one of extremely dense prose, vastly complicated language and scenes in which nothing much really happens but thinking. The most quoted example of which is the notorious Ulysses (the book that everyone says they should read but that few actually get around to). To me, Modernism seems a little like Marmite: you either love it or wouldn’t touch it with a ten-foot bargepole. Nobody in their right mind would slog through four hundred plus pages of mind bending imagery and symbolism in the name of literary enlightenment, would they?

Well, then, challenge accepted: this will be my New Year’s Resolution.

I have therefore chosen four different books generally seen as Modernist and will read them all to see if they deserve the cult status that they have all attained as a result of up to a hundred years of mixed reviews. Here they are:

Ulysses – The Modernist Classic, by one of the most controversial authors in literary history: James Joyce. Not content with frazzling the public’s mind with his semi-autobiographical Portrait of the Artist as A Young Man, Joyce then went on to write his own take on the myth of Odysseus, where the ‘quests’ that the main characters, Stephen Dedalus and Leopold Bloom, face, are instead everyday occurrences. This is a whopping book, about 265,000 words long and rated one of the top 100 English Language Novels of the 20th Century by the Modern Library. Joyce here uses the ‘stream of consciousness’ technique to portray everything his characters are feeling as they experience it themselves, making it somewhat disorienting for the reader. I have a feeling that this is the Holy Grail of Modernist Literature. If I get through this, I should be able to face down Virginia Woolf with no problem.

Jacob’s Room – Virginia Woolf is one of the most complex writers in modern literary history, being both a member of the Bloomsbury Group, a collection of authors and poets who enjoyed pulling pranks on prominent members of the public, and also someone who battled with depression for most of her life. In this book she focuses on a character called (oddly enough) Jacob, although not in the way you might think. The entire novel consists of other people’s viewpoints of him – mostly that of women he’s had relationships with – leaving what seems like a character-shaped hole in the middle of the tale. So, does the novel actually have a protagonist? That remains to be seen…

The Love Song of Alfred J. Prufrock – Written by T.S Eliot, this text is technically not a novel but is still considered one of the masterpieces of Modernist Literature. Before its publication in 1915, poetry was still heavily influenced by Romanticism and Eliot’s work caused a massive stir, given that it was considered both shocking and offensive to readers. The poem is similar in tone to Joyce’s Ulysses, as Eliot uses the ‘stream of consciousness’ technique to illustrate his main character Prufrock’s lack of cleverness, the fact that he isn’t in a relationship and the lost opportunities in his life. The text is very heavily symbolic and alludes to the Bible and Dante’s Inferno amongst other things. This coupled with the fact that the main themes in this poem are those of anger, regret and longing, should make for some interesting reading at the very least.

Waiting for Godot – Considered to be one of the great ‘late-modernist’ authors, Samuel Beckett’s plays (especially those published towards the end of his life) are generally considered both minimalist and extremely bleak. This play is no exception; published in 1953, ‘Waiting For Godot’ is a story about two tramps, Vladimir and Estragon, who are consistently waiting for someone named Godot to arrive – oddly, he never does. Their actions throughout the play also mark it as tragicomedy, given that although everything they attempt to do fails (even when they try to hang themselves the belt they use breaks) their reactions to the following situation are comic (after the belt breaks Estragon’s trousers fall down). Like all Modernist Literature it needs to be read about three times before anything is understood – for this text it might be five given that the play is so full of symbolism and written in a style of extreme minimalism.

So, the books have been chosen; the gauntlet has been laid down. Whether I will actually make it to the end of any of these novels or manage to finally keep my New Year’s Resolution remains to be seen, but whatever I read will surely broaden my understanding of the Modernist genre – something that, until now, I’ve taken great pains to keep at great lengths.