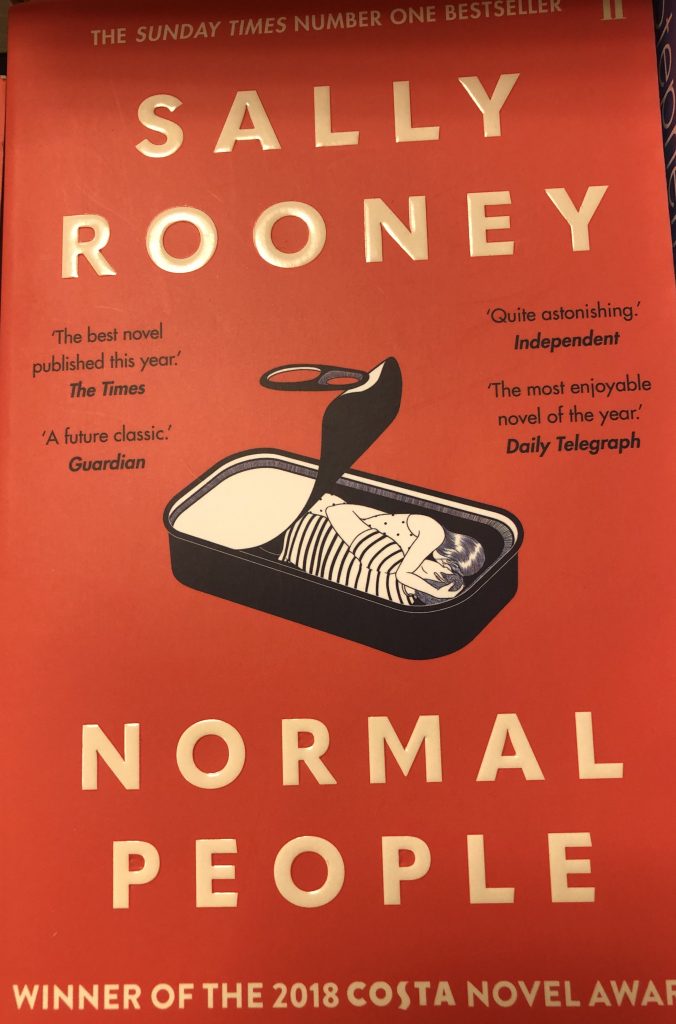 Firstly, if you haven’t yet given yourself the privilege of reading Sally Rooney’s 2018 publication, ‘Normal People’, stop reading this article and go and find yourself a copy. A funny, raw and honest portrayal of the trials and tribulations of growing up and forging relationships, this book seems to resonate with anyone and everyone who has experienced the long, often humiliating, and always complicated journey into adulthood.

The book focusses on two central characters: Connell and Marianne. Socially, the two could not be more different, Connell is popular, handsome and clever whereas Marianne is reserved, eccentric (therefore socially outcast) and highly intelligent. Despite attending the same school Connell and Marianne are more directly connected by the fact that Connell’s mother is Marianne’s family’s housekeeper. Against all odds, the two teenagers begin an unlikely ‘affair’ that later develops into a deeply intimate yet covert relationship. Rooney, using their relationship as a bedrock, takes us alongside them as they leave home in Sligo for University in Dublin and then continue with their lives; both separately and together.

Whether you’re a fresher like me or simply returning to Durham for another year, Rooney’s book has much to offer as a manifesto of the human experience at such a unique interval in all our lives. Here are my top 4 takeaways:

As implied by the title, much of this book explores ‘normality’: what it means and whether it’s desirable. Unsurprisingly, the overwhelming conclusion is that ‘normal’ simply doesn’t exist. There is no better environment than University for this sentiment to become astonishingly apparent. Despite certain Universities being known for certain traits and despite Durham colleges having certain reputations, the truth still stands that searching for an ‘atypical’ student is a futile and meaningless pursuit likely to end in disappointment. Rooney’s portrayal of the deep sensitivity of the typical ‘popular boy’ and the unlikely confidence of the school ‘weirdo’ truly demonstrates the extent to which a ‘type’ of person is a projection not an identity. In other words: be who you want to be, not who others think you are.

No, not in an egotistical way but Rooney compels readers to interrogate the extent to which they put their loved ones at the forefront of their lives; sometimes to their own detriment. Perhaps as a result of their inability to communicate effectively and their reluctance to enter into an official relationship, Connell and Marianne spend much of their time agonising over where they stand with each other. They rely on one another for support yet readers can’t help but question whether they’re only holding each other back. At University we find ourselves faced with juggling new and old friendships and relationships. This book serves as a brilliant representation of the- often underrated difficulties that it can pose. Rooney reminds us that whilst it’s our relationships that define our lives and help us navigate them, we must strive, first and foremost, to be true to ourselves.

It might sound painfully corny, but the fundamental and humbling central theme in ‘Normal People’ is love. Marianne confides in Connell that she has never considered herself worthy of love. Likewise, Connell is at his lowest when he feels completely isolated from those who care about him. The two try to find meaning in a word that’s so difficult to define, and they grapple with its complexity throughout their lives. In whatever form it may come, love is the quintessential feature of the human experience; we all require it and we all deserve it. University can feel isolating and ‘Normal People’, in portraying both the absence and presence of love, compels us to surround ourselves with people who support us and to seek out loving relationships.

Whether it’s Rooney’s unpretentious and somewhat prosaic writing style, or Connell’s accompanying narrative, readers can’t help but feel comforted by the portrayal of intelligence in ‘Normal People’. Perhaps this is a more ‘meta’ takeaway but it seems fitting that Connell’s dismay at his fellow English Literature students’ determination to flaunt their knowledge theatrically, is endorsed in the very way in which Rooney chooses to write her book so simplistically. In essence, both in the substance and style of the book Rooney reminds us that intelligence is not about who knows the longest words or can rant about some obscure topic the loudest; it’s a much more nuanced and individualistic thing that we should each pursue in our own way.

It’s safe to say that whether you’re an English Literature student seeking some respite from the wonderful (but at times hard-going) canonical works you’re studying, a fresher, a finalist or anyone in between, Sally Rooney’s ‘Normal People’ is well worth a read. However, if the workload’s already piling up and you simply don’t have the time I hope these 4 takeaways have offered you some comfort and reassurance that ‘normal’ people simply don’t exist.