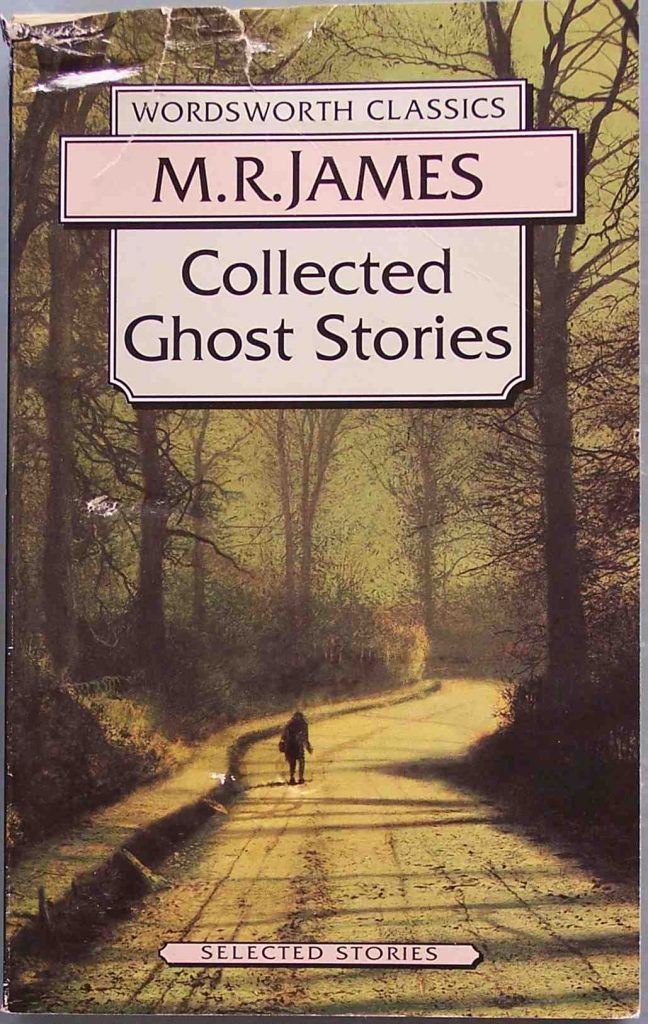 Now that the end of October is approaching,it’s that time of the year when every literary magazine you know starts posting horror stories. Nevertheless, many enjoy these familiar spooky seasonal greetings. Traditions have their unique charms; we love the sight of good old Jack-o’-lantern as much as we enjoy the all-too-well-known tropes of scary monsters. Despite the popularity of modern zombies, clowns and psychopath serial killers, I find that old churchyards, ghosts and desolate ancient mansions still raise the hair behind my neck, just as much as they haunted past generations such as our great grandparents. M.R.James’ ghost stories remains my favourite Halloween read and these are the reasons why.

These stories were written in a style that come with no surprise, if you remember that Montague Rhodes James was an esteemed early 20th century historian, who specialised in medieval history. He was a classy Cambridge man: elegant, subtle, atmospheric, with a love for past and folklores. When you read his literature, the sense of terror creeps gradually up your spine until it hits right into your soul. The text entails an old illuminated manuscript containing secrets that one does not want to know, a ruin that was once the Knights Templars’ preceptory, an unquiet grave of one cruel lord mayor who died several hundreds of years ago, an overtly curious historian researching local myths, and an antiquarian attracted by curious ancient artefacts. There is a mysterious death of the village’s rector, a horrid face that suddenly appears between leaves and branches, a fearful shriek of a huge owl at night; that’s a taste of standard M.R.James for you. Some may dismiss these plots as cliché however I can be certain that you are almost guaranteed to shiver when the scholar turns around to behold the decayed hand and distorted face.

As a fellow medievalist, the sickly scholarly type of person who huddles in the sofa with a cup of tea and a book of ghost stories on Halloween night, M.R.James’ tales leaves a particularly vivid impression in my mind. Their enduring charm lies far more in their classical motifs and their familiar settings. Historical research surely shaped James’ writings. In his stories conflicting narratives and missing evidence left blank spaces that readers need to fill in themselves. Readers must piece together information and follow through the hidden thread. The reader is drawn deeper and deeper into the story and its thrilling atmosphere. Subtle indications and scary suggestions work far more effectively in horror stories than simply the presence of  blood and gore. The story moves forward at a leisurely pace. There tone is that of quiet anxiety. As a result, the final unmask of terror leaves the reader almost as surprised and caught off guard as the poor protagonist. Unlike many monsters of modern thrillers, in these stories the supernatural power cannot be defeated or restrained, no rules or logic of physical world could be applied except perhaps karma. In some ways I’m strangely reminded of the stories of H.P.Lovecraft – the intangible, the disturbing, the indescribable. Perhaps here lies the most fundamental and most ancient element of scary stories – the horror of the unknown.

So now I’ll finish this article so that I can find a cosy place to read my copy of M.R.James, and hopefully the manuscripts in Palace Green Library, the old Cathedral or bygone Prince Bishops won’t loom too much in my sleep.