Life of Pi: From Holiday Read to Lasting Favourite

Julia Sanderson in Literature on 5 August, 2015. 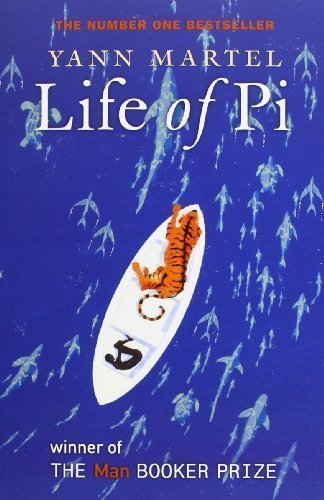 Life of Pi: A summer read to stay with you beyond the holidays

Wherever you may be jetting off to this summer, for many of you, trips away spell holiday reading. For some reason, despite being a literature student and a book lover, I’ve never been much of a holiday reader. I seem to be incapable of finding an ideal reading position on a sun lounger that doesn’t involve strange tan lines; getting the pages damp and greasy with pool water and sun lotion; or squinting into the light, awkwardly holding the book aloft to use it as a shade. However, two summers ago, while visiting Mallorca, I started reading the 2001 novel Life of Pi by Yann Martel — after having already enjoyed the 2012 film adaptation, I confess — and I finished it before the week was out. I came to eagerly anticipate my mid-afternoon breaks in the hotel room so I could lay and devour the next few chapters. (Admittedly, my best friend and I also got into the questionable habit of watching The Chase, but that was certainly second priority.)

I’ve always felt that books have a sensation of being rebuilt afresh each time you read them — they defy stasis, grow with you as you age, and constantly evolve in image, meaning, and relevance. While I believe this is certainly still true of Life of Pi, it is also one of those books that allows me to identify with something Emma Watson once said in an interview with TIME:

“I like books that aren’t just lovely but that have memories in themselves. Just like playing a song, picking up a book again that has memories can take you back to another place or another time.”

When I open Life of Pi now, I do feel transported through those pages to that strangely Flintstones-themed hotel in Mallorca, lounging on thin sheets in a crisply air-conditioned room or laying in the sun by the pool, engrossed and burning. The book itself reminds me of the smell of sun cream, Lumumbas with too much brandy in them, and the hollering of hotel reps attempting to rouse sunbathers to participate in some kind of ball game. However, the most important thing is this: Life of Pi is far more than a window to a brief week of relaxation on a Spanish island. It is much more than a mere holiday read, and two years later it still has a firm place in my heart as one of my all-time favourite novels.

Of course, there are still many reasons why the book is suited to being read somewhere in the sun far from home. Despite being the farthest possible cry from a popular British holiday, the setting, atmosphere, and plot of Life of Pi certainly relate to world travel and new horizons. The book traces the retrospective story of Pi, a young Indian boy of three religions, whose family suffer a shipwreck while transporting their zoo overseas to Canada. Consequently, Pi is left stranded alone on a lifeboat with limited provisions, and, as it turns out, a Bengal tiger named Richard Parker.

There is something undeniably appealing about reading about someone else’s wild adventures while you are safe and restful, with nothing to worry about apart from how bad you are at mini golf and what you should wear so not to aggravate your sunburn. The fact is, though we spend so long craving free time and tranquility, we often get bored without some excitement — but if we can leave the most dangerous of excitements to fictional characters, we can immerse ourselves in vicarious adventures from a safe vantage point and secure ourselves the best of both worlds. Perhaps this is one of our key motivations for generally reading so much on holiday.

There are thousands of books about travel and adventure that you could read abroad for this kind of enjoyment, but, as I have said, Life of Pi pushes much further than that. The book is many things in its own right: educational, in its interesting non-fictional passages about zoology; entertaining, of course, in its tracing of a tiger-taming, lost-at-sea quest for rescue and survival — but while an existential crisis might not be top of the list of the things you can’t wait to experience on holiday, my favourite aspects of the book run deeper than this.

Despite the fact that Ang Lee’s film adaptation is a visual masterpiece and Suraj Sharma makes a charming Pi, something that the film does not manage to capture quite as well as the book does is what truly rests at the heart of it: the nature and power of religion, storytelling, and reality. Perhaps Life of Pi is a book about a boy who near-miraculously survives a shipwreck with a tiger as his sole companion and adversary. Perhaps it is a novel about the fictions we weave to add beauty, hope and meaning to life. More likely it is both, or not quite either. The magic of Life of Pi is that it leaves truth squarely in the hands of the reader, making the essence of faith, belief, and the subjective experience of life and narrative thrillingly tangible.

Much as the story itself is layered, the novel blends so-called ‘light’ reading and ‘heavy’ reading perfectly — which is, in my opinion, what a great novel should do. Profound food for thought should not have to be buried in dense, inaccessible literature reserved for serious study time, but lie at the core of an enjoyable and gripping book, including one you might pick up to pass the time in the sun. If you have not yet given it your time and you fancy something more than a stack of whimsical romantic tales, Yann Martel’s Life of Pi makes for a fantastic choice as a summer holiday read. But you should be prepared for it to stick with you for much longer than your trip.