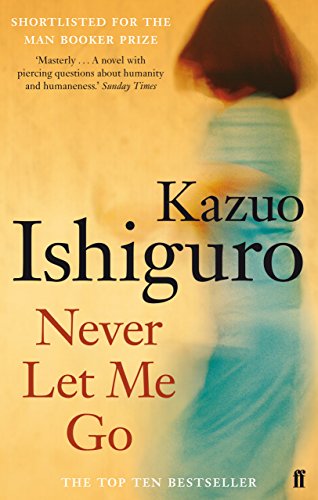 Kazuo Ishiguro’s prose is superior to any cinematic interpretation

For me, Never Let Me Go has been one of those (unfortunately rare) books that never really leave you. The horror of the dystopia is powerful not only because it is so distressing but because it is so utterly believable. Never Let Me Go is the 1984 of its day, more scientific, less political and less overt in its description of the wrongdoing but ultimately just as effective. And perhaps there is something in Ishiguro’s work that is more affecting than Orwell’s – the way in which he deals with human relations presents his society to more closely resemble our own. Whilst Orwell’s work had more influence in the Cold War period, with the threat from Communist Russia, Ishiguro’s work is still relevant today. In a society where science is getting more and more powerful, we can’t help wonder: can we go too far?

Never Let Me Go had me questioning the nature of humanity- what makes Tommy, Ruth or Kathy any less human than you and I? If a clone is a perfect replica of a human being, why should it be treated as anything else? As Marlow comments in Heart of Darkness: ‘What just thrills you is the thought of their humanity- like yours…’ The thought of their kinship to you is both exciting and revolting, the fact that you could just as easily be a ‘Tommy’ or a ‘Ruth’ highlights the fundamental inequality of the situation. I identified with these ‘human copies’ more than any other literary character that I have read in recent years- ironically their humanity jumped off the page in a way that’s just not true of other characters. Yet, whilst the film adaption is a beautiful piece of cinematography, it doesn’t quite capture the definite humanity of the characters. They feel a bit blank, a bit lifeless, more like the clones that they actually are than the human beings that they appear to be.

The unavoidable truth is that the plot just works better as a book than a film. Why is this true? The first, and probably most significant reason, is the whole concept of the ‘big dramatic reveal’. You just don’t get this in the film. This is not a technique reserved purely to novels, but rather a dramatic device taken by the director. We are put in an elevated position to the children in the film like the government and the adults; we are looking down on the children and reveling in their ignorance for not understanding their existence. And yes, we are more sympathetic than those in their own society but there is something a lot more dramatic about being on the ‘same level’ as the children. We are lulled into thinking this is yet another English boarding school story, and those who have read Remains of the Day may believe that the quintessential English countryside and stories about class and society are Ishiguro’s area of expertise. The dystopia is so powerful as we are launched into it; it is as if we are finding our own fate, as if we are one of the children. The enigma surrounding the school is much greater in the novel- we don’t know what is going to happen until it does happen.

The novel gives more attention to the psychological side of the children, how they feel a need to find their clone but at the same time they don’t want to accept their own lack of existence. It is harrowing that they have the same worries as ‘normal’ children; they worry about their typicality, with Kathy in particular seeing herself as being made of the wrong sort of person. Her isolation is something that resonates with the audience – she scans through porn magazines trying to find her ‘possible’ as she views herself as atypical in terms of sexual desire and is on the outside of not only the relationship between Ruth and Tommy but also in the friendship with Chrissy and Roddy. What struck me about the book was that the characters could have easily been humans. If we were not told, we would have detected the gloomy atmosphere but not have detected their lack of humanity.

Yet, this does raise a larger question: is there any way in which a film adaptation can surpass the novel itself? A film has the benefits of music and sound, but many other aspects such as setting are ambiguous- is it better or worse to have a concrete scene? Personally, I like the imaginative freedom that a book gives you – it allows you to engage with the narrative and create your own image. You can relate it to your own life, you can create your own image – something that is just impossible in a film adaptation. And thus, maybe we should stop judging films in comparison to their original pieces of literature, as hard as that is, and view them as their own entities. But with knowledge of the original, this is impossible – opening the impossible conundrum: can one even be better than the other or just different?