Harry Potter and the Problem of Authorial Control

Julia Sanderson in Literature on 7 March, 2014. 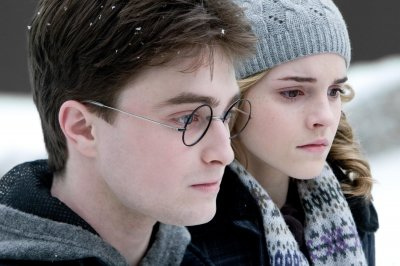 Who gets to decide whether Harry and Hermione were meant to be?

Sometimes it’s hard to believe seven years have passed since the publication of the final Harry Potter book, and three since the release of the last film – especially when the world seems rather reluctant to let go. February 2014 saw the franchise burst back into the press, following the self-confessed ‘Potter heresy’ in J.K. Rowling’s new interview with Emma Watson for Wonderland magazine.

In this interview, the author discusses Ron and Hermione’s ‘fundamental incompatibility’, and confesses that she wrote their relationship ‘for very personal reasons’, which had ‘very little to do with literature and far more to do with me clinging to the plot as I first imagined it.’ She admitted, ‘I can hear the rage and fury it might cause some fans, but if I’m absolutely honest, distance has given me perspective on that. […] Am I breaking people’s hearts by saying this? I hope not.’

Hope though she might, Rowling undeniably did devastate many fans; following leaks of the interview, the web exploded with their backlash of fury, anguish and bitter disappointment.

The interesting question is why Rowling’s remarks have the power to cause such a reaction, and whether or not they really ought to.

While it’s fascinating to hear the author share honest insights into her motivations, it is important not to lose sight of the fact that, a) Ron and Hermione are fictional creations, and b) Rowling ultimately wrote what she wrote. It was done, in print, seven years ago. No take-backs.

Yet, exaggerated headlines like ‘J.K. Rowling admits Hermione should have wed Harry’ were splashed across the papers like the world’s latest scandal. After the full release of the interview revealed the much more tentative nature of the writer’s comments, sheepish follow-up articles countered, ‘Ron and Hermione Just Need “a Bit of Counselling”’ and “J.K. Rowling claims Ron and Hermione relationship “could work”’.

It hardly needs pointing out that, though these taglines refer to fictional characters that have been behind closed pages for years, they instead ridiculously resemble those slapped garishly over paparazzi shots in celebrity gossip magazines.

Of course, this is a huge reflection on the media and the public’s attitude towards fictional characters, rather than necessarily the attitude of J.K. Rowling herself as author. However, Rowling is undeniably one of the biggest, most famous culprits of extending canon beyond the printed word, and building her characters as people outside of their books. Rowling notably blurs the line between authorial intent and published reality through her website, Pottermore, which provides its members with extra information and backstories from the Potter universe. For instance, in the biography of Lupin that roused great hype, Rowling wrote, ‘Remus’s Patronus is never revealed in the Potter books [but] it is, in fact, a wolf’. 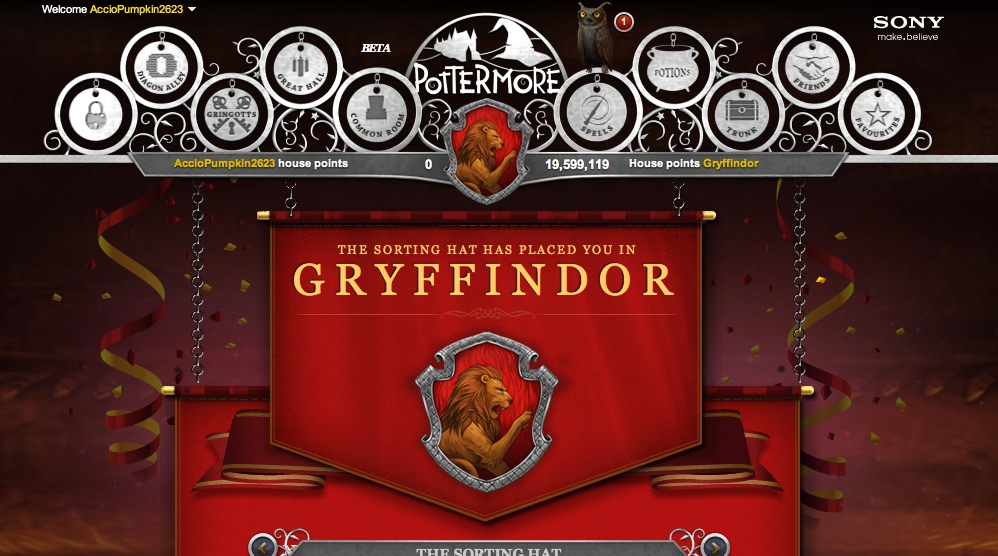 I’d argue this so-called ‘fact’ is ambiguous. Does a passionate reader of Harry Potter, who has religiously consumed every word of the series, no longer retain the right to have their own idea about, say, Lupin’s Patronus, because Rowling’s opinion – even when not expressed in the core text – is gospel?

It is a complicated, precarious question. While Pottermore is no doubt a separate entity, you could argue it holds as much authority as the books. After all, much like a prequel or sequel, the author is publishing further material for readers to consume – it’s just not printed in ink, bound, and sold. In that case, where is the line drawn? What about Rowling’s spoken words, as recorded in the Wonderland interview?

The author’s tendency to extend ‘fact’ about her fiction in interviews is not a new phenomenon. In 2007, the media exploded when Rowling announced Dumbledore was gay during a US book tour. She has received a mixed response about this revelation, coming under heavy criticism for not making the character’s sexuality explicit in the books themselves, and therefore not sending out a powerful or brave enough message of acceptance.

It again opens up debate about how objectively ‘true’ this revelation – or her recent hesitance on Ron and Hermione – can even be, given that these characters only exist within their narrative and there is simply no proof at the source. In black and white, Dumbledore’s sexuality is completely unaddressed, and Ron and Hermione live happily ever after with their gaggle of children.

You can certainly read into Dumbledore’s relationship with Grindelwald and pull out subtext to your heart’s content. But, likewise, fans could just as easily point at other characters and interpret as many sexual undertones as they’d like – are Seamus Finnigan and Dean Thomas more than best buds, perhaps? For that matter, what about the inseparable Crabbe and Goyle?

The question I’m posing is, are fans with other ideas completely ‘wrong’, even if the pairings judged as valid by the author, such as Dumbledore and Grindelwald, have no textual evidence? Or, in the case of Hermione and Ron, are fans wrong in the end even if they have complete textual proof? Because, let’s face it, that seems pretty ridiculous. 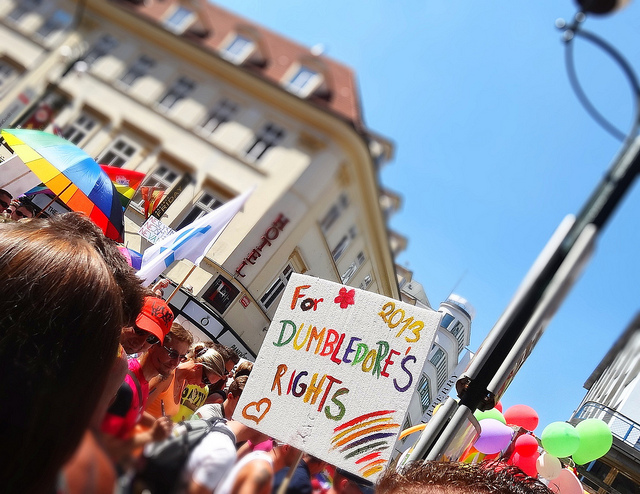 If Rowling always intended for Dumbledore to be gay then should this have been acknowledged and accepted within the published novels?

Admittedly, some people would argue that the writer always has absolute authority over their brainchild, that Rowling’s opinions about her characters are exhaustive because they spring from the same mind that brought us the books in the first place. But, for others, this negates the whole purpose and greatness of literature.

The novel The Fault in Our Stars by John Green explores very relevant ideas about authorship: ‘this childish idea that the author of a novel has some special insight into the characters in the novel… it’s ridiculous. That novel was composed of scratches on a page, dear. The characters inhabiting it have no life outside of those scratches. What happened to them? They all ceased to exist the moment the novel ended.’

Green himself has repeatedly confirmed that he agrees with this concept, and believes that ‘books belong to their readers’; that ‘authors are not qualified to comment on what happens after their books have ended’; and ‘to make something up […] feels really disingenuous.’

Green is by no means alone in this view; it is one taken by a huge range of writers and theorists across time and genre. The comic book writer Stan Lee responded similarly to fan questions about his Marvel characters: ‘Whose is true love? Who should marry who? I don’t know any better than you do! These are fictional characters!’

There may be no solid answers, but I feel this attitude to literature is actually much more beautiful and inclusive than authorial absolutism. Once an author releases a book, it exists for its readers. Nobody’s interpretation is fundamentally less valid than anyone else’s, and that’s what I think makes literature exciting and worth studying. Maybe the writer would love your thoughts, maybe they would completely disagree, but I like to think that neither truly matter. And I don’t find the reminder of a character’s fictionality cynical or scornful, but liberating. Whether you fiercely support Ron and Hermione, or you think they’re a doomed match, the fun of it is that, at the end of the day, they’re fictional. Regardless of why it was written, nobody can take away from you what you see before you on the page, nor can they dictate what ‘happens’ outside of that – not even Queen Rowling.