Harry Potter and the Cursed Child: Will it save or ruin Potter for us? 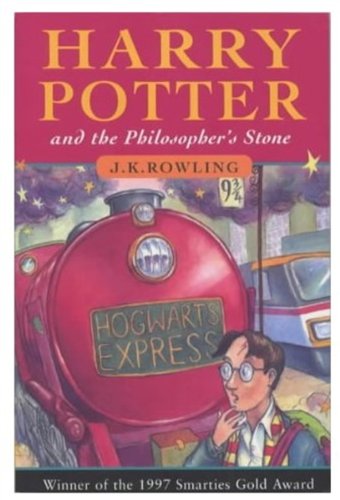 Eighteen years on, will the new play continue to work the Harry Potter magic for us?

When J.K Rowling admitted it was unlikely she would write any more books for the Harry Potter series, I remember my heart sinking. As cheesy as it sounds and as often as you might hear it, those novels defined my childhood and still resonate with me eight years on. I’m almost certain that if you’re reading this, you felt exactly the same.

As the films also came to an inevitable close in 2011, Rowling seemed to drop off the map. There would be no more exciting midnight releases, or that nervous excitement of opening the first book to find it was better than you’d ever hoped, followed by the regret of reading it too quickly. For me, a literary vacuum had opened up: a black hole which no other author could even attempt to fill. The Casual Vacancy, The Cuckoo’s Calling and The Silkworm successively tried and failed; quite simply because they lacked in fantasy and were just so different to the world of Harry Potter. I didn’t want to read adult books! I wanted Quidditch, Hogwarts and Dobby, Diagon Alley, Occlumency, and- even though this is stretching it- the Dursleys, to rekindle my imagination.

But then something special happened. Rowling announced she would be returning with not a new book, but a play! Finally there was something we Potterheads could get excited about again. And I can now bask in the contented feeling that it is here to stay for the long run. Clearly, Rowling isn’t quite ready to say goodbye to the magical universe she has become consumed by since that auspicious delayed train journey from Manchester to London in 1990.

So, what do we know of this exciting new venture? Well, since JK Rowling’s Twitter announcement on June 26th, everything has been rather hush-hush. Clearly keen to keep the play under wraps, Rowling has only offered up a few answers to the many questions pouring in from around the globe. What she has revealed is that this will be a “new story” but “not a prequel”. Additionally, a “dream team” was created to produce it, comprising of writer Jack Thorne, director John Tiffany, and famous producer Sonia Friedman (who was widely acclaimed for her success with the smash hit The Book of Mormon). Despite this, JK Rowling has, in an annoying paradox, tormented us further in her answer to the key question: “Why isn’t #Cursed Child a new novel?” Her response: “I am confident that when audiences see the play they will agree that it was the only proper medium for the story”. Oh Jo, you tease.

Though opening night sadly is a whole year away, one can still sit and wonder whether Rowling’s new story on an unexplored before medium will be any good. I’ll hold my hands up and confess- if by some miracle you haven’t already guessed- my opinion is a biased one. But, there are certainly some serious challenges to be overcome to translate Rowling’s magical universe onto a real life set. Gone is the possibility of CGI, which made many of the films’ key scenes possible and culminated in a whopping profit of 7 billion. It would be impossible for the 1,400 seat Palace Theatre to command a similar breadth, value or market. But, it will have something money can’t buy, a sense of restricted exclusiveness, which come summer 2016 could nudge The Cursed Child that little bit ahead. Every fan in the radius of London will want one of those 1,400 tickets in order to find out what happens to Harry Potter next. And every fan will be happy to pay for it if it means they’ll find it out first.

What are some of the other challenges the “dream team” may face? Well, the task of translating magic, particularly casting spells, is a difficult one. With audiences so familiar with the special effects that the Harry Potter films mastered so excellently, the play must avoid falling into the trap of using pantomime-esque puffs of smoke and flashing lights. Then there is the task of assembling a cast (fortunately, I already have confidence in the cast if they are to be chosen by Sonia Friedman)- whether it will involve familiar and acclaimed stage actors like the Judi Denchs and Ian McKellans of this world (two of very few British actors never to have starred in the famous films), or take the fresher route of casting unknowns.

The possibilities are endless, but I am confident that with everything in the hands of Jo’s immense imagination, opening night will conclude in five star reviews. And let’s face it, has she disappointed us before? With twelve books, eight films, and a long list of admirable philanthropic work to her name, the real question here is not will her play succeed. It’s what can’t she do?

Harry Potter and the Cursed Child premieres in Summer 2016, in London’s Palace Theatre.