Last Thursday, mostly on a whim, I decided to attend the Gordon Burn Prize evening as part of the Durham Book Festival. I arrived at the event with few expectations, except that it might be a much smaller and nerdier version of the BAFTAs; as it turned out, I wasn’t entirely wrong. Stepping into Durham Town Hall – an impressive room made fairy tale-like with decorative trees framing the stage – the evening promised to be a glamorous affair as we were presented with wine and even a complimentary G&T. 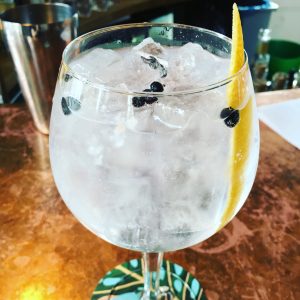 The prize evening, which has been hosted by the annual Durham Book Festival since 2012, is held in memory of the late author Gordon Burn. He was known for work which blurred the boundaries between fiction and non-fiction, exploring the consequences of fame and social media on the lives of celebrities. The Gordon Burn Prize seeks to award a published title (fiction or non-fiction) which best represents the spirit of Burn and his work. The short-listed works for this evening were Census by Jesse Ball, H(a)ppy by Nicola Barker, In Our Mad and Furious City by Guy Gunaratne, Crudo by Olivia Laing, The Cost of Living by Deborah Levy and I’ll Be Gone in the Dark by Michelle McNamara.

One by one, each author ascended the stage and read an excerpt of their work. The books nominated for the prize were so varied in their content that the audience found themselves transported through themes of terrorism and true-crime, to feminist theory and science fiction. Each work felt inspiring and gripping in its own right, playing with ideas of genre and tone to produce work that felt truly in touch with Burn’s ideas. A highlight, for me, was Gunaratne’s exploration of identity as a British Muslim growing up in a time of radicalisation and terrorism. I also added Barker’s H(a)ppy to the top of my reading list after her compelling insight into a “perfect” post-post-apocalyptic world where there is no doubt, no suffering, no inequality – a world so completely unanimous that it quickly becomes unnerving.

Andrew Wetherall, a DJ, producer and judge of this year’s award, was commissioned to create a piece of music to represent the Gordon Burn Prize, bringing Burn’s vision to life in an entirely new medium. Wetherall performed this piece for the audience, combining the music with readings from Burn’s book Alma Cogan. The music was slightly eerie, like a nursery rhyme played in the wrong key, and had a strangely defamiliarizing effect as you listened to it. This seemed appropriate, however, given that books like Alma Cogan sought to defamiliarize and subvert the ideas around well-known celebrities. 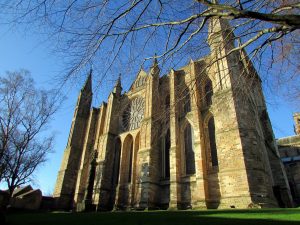 The evening drew to a close with the much-anticipated announcement of the winner of the Gordon Burn Prize: Jesse Ball with Census. The book mixes fable with memoir, as Ball took inspiration from the life of his late brother and, in true Gordon Burn spirit, demonstrates how a novel can use reality to create new, incredible fictions. I was moved to tears by Ball’s acceptance speech as he described the cruel treatment his brother received, simply because he had Down’s Syndrome. As a young boy, Ball had been angry about the treatment of his brother and wanted others to share in his fury at the injustice. But now, Ball explained, he has grown older and wishes to impart a softer request: “be gentle to one another”. For all the cynicism, anger and satire permeating the other short-listed works, it felt right that the evening should end with a parting message on kindness.