Go Set A Watchman Review: A Fall From Grace 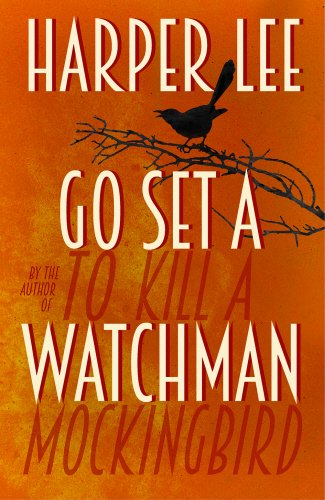 Go Set A Watchman – “regrettable reading” for fans of To Kill A Mockingbird?

For many, that question shouldn’t require an answer. Lee’s newest novel is intent on offering a deeper look at the reality of Atticus as a personality who, on the one hand, successfully defended a wrongly-accused black man against a rape charge of a white woman, yet on the other, inevitably was at the same risk of being poisoned by the white supremacist thinking of the American South in the 1950s.

Tracing the path of Go Set a Watchman’s release is important not only for the reader’s contextual understanding of the wide narrative shared by Mockingbird and Watchman, but also in measuring the scope of change between Atticus of the former novel and Atticus of the latter novel. In the same light, it is perhaps in some way misguided to call Go Set a Watchman a ‘new’ novel. Lee wrote Go Set a Watchman, set in the 1950s, before To Kill a Mockingbird, set in the mid-1930s, marking a period of two decades between the events of the two narratives—then dwarfed by the shadow of the fifty-five year gap between their publishing.

Understanding Atticus Finch as a product of these two novels seems to demand an awareness of what Lee was, in some sense, always hiding. In Mockingbird, Atticus is keen to tread the path of liberalism and nobility that will establish him as one of literature’s most beloved characters. As part of his attempt to explain the veiled morality behind his defence of Tom Robinson, he famously tells her, “Simply because we were licked a hundred years before we started is no reason for us not to try and win.” Atticus’s defence of Robinson is not an attempt to rail against the segregationist judicial system of the 1950s, but rather a display of his devotion to impartiality in securing a fair trial for a vulnerable black man and equality as an ideal he feels will never be quite at home in Maycomb. The New Yorker’s Malcolm Gladwell summarises Atticus’s singular view of racism in his review of Watchman, stating:

Finch will stand up to racists. He’ll use his moral authority to shame them into silence. He will leave the judge standing on the sidewalk while he shakes hands with Negroes. What he will not do is look at the problem of racism outside the immediate context of Mr. Cunningham, Mr. Levy, and the island community of Maycomb, Alabama.

If Atticus continues to see the people of Maycomb as suffering from the “usual disease” in Go Set a Watchman, then he is as much a victim of it as any other. Remembering that Atticus is concerned only with upholding the moral rectitude that is expected of him as a lawyer defending an innocent black man accused of raping a white woman, Atticus’s questioning of Jean Louise is the sand to the cement that has long allied him to the segregationist views of his contemporaries. “Jean Louise,” he asks, “have you ever considered that you can’t have a set of backward people living among people advanced in one kind of civilization and have a social Arcadia?” Perhaps, then, it is just as much the reader’s ignorance as it is Scout’s to anticipate Atticus’s fall from grace.

Might it not be more rational, more secure, to have expected Atticus’s shift towards bigotry in Watchman, when the saint-like painting of him in Mockingbird is only made possible through the fragile, rose-tinted glasses of a Scout unable to comprehend the implications of defending a black man anyway? In Mockingbird, it was this naïve inquisitiveness and simplicity that aligned Atticus with his paternalistic view of the black community. The revelation that Atticus has an antipathy towards black lawyers from the NAACP and chose to attend a gathering of the Ku Klux Klan, then, is not that much of a revelation at all. The point Lee is trying to make should be markedly simple: Atticus is a Southern traditionalist who has always doubted his country’s civil rights—before, during, and after his defence of an innocent Tom Robinson.

For a novel that takes its title from a verse in the Book of Isaiah (“For thus hath the Lord said unto me, Go, set a watchman, let him declare what he seeth” (Isa. 21:6) and therefore implicating the necessity of a solid moral compass, there is something seemingly uneasy in the way the novel deals with the complexity and meaning of “trash.” While Jean Louise’s relationship with Henry Clinton is hardly the focal point of a narrative rooted in prejudice, it nevertheless provides the necessary means to compare Jean Louise’s view of “trash” with the views of those around her. As Jean Louise deliberates over the possibility of marrying Henry, Aunt Alexandra professes, “We Finches do not marry the children of red-necked white trash,” as she moves to position social class above race. Returning to Mockingbird, Atticus considers the impoverished Ewell family “trash” because of their racist intentions, not their class. It is this composite that evokes a superciliousness in Jean Louise’s view; she remarks how those who attend the segregation-enforcing council meetings are the “same people who were the Invisible Empire, who hated Catholics; ignorant, fear-ridden, red-faced, boorish, law-abiding, one hundred per cent red-blooded Anglo-Saxons, her fellow Americans—trash.” Jean Louise is reduced to distancing herself from the South, fully aware that it will be a process as laborious as the train journey from New York to Maycomb that Lee highlights in the opening chapter—a journey “always made…by air.”

While it was never likely to be as spirited as that in Mockingbird, Watchman’s conclusion is unsatisfying. It’s difficult not to return to the novel’s title, too, for who is the “watchman”? Atticus, once a figure of moral rectitude, is a far cry from Isaiah and his watch over Israel. Perhaps it is the choice offered to Jean Louise at the close of the novel whether to resign her father to the past or begin to accept him as a human, not a hero, that affirms the reader as the “watchman.” It remains, however, that Go Set a Watchman can easily become regrettable reading, for akin to Jean Louise, maybe Atticus is best left irreproachable.