This is the first novel that I have read in a long time where I have put down the book and thought ‘Wow. It was really really important that I read that.’ I sped through the pages, engrossed in Kathy Acker’s world and fully captivated by the intensity of Laing’s writing. The tone of the novel is just impeccable, faultless even, and remarkably convincing. The sentences seemed to flow incessantly without any clunkiness or awkward turns and I was absorbed entirely by the unceasing stream that Laing manifested through her luxurious words.

Olivia Laing herself has described Crudo as a ‘State Of The Globe’ book, a category that Jonathon Franzon or Donna Tartt might fall into, that reflects the current political and worldwide issues. At the core of the story is the terrors and turmoil of the consequences of Brexit and the way in which politics is slowly creeping into the constant forefront of our lives. I could practically feel the urgency of the writing radiating off of the pages. The novel feels vital to our times and crucial in highlighting the lack of a divide between our politically-engaged selves and personal lives, ensuring we face unnecessary stress on a daily basis.

“Back inside, they were eating more cake when someone shouted Steve Bannon’s resigned. They all checked their phones. Bruce Forsyth had also died, he was older than Anne Frank, but the main news was Bannon. It had literally just happened, no one quite knew why, great wedding present she muttered to no one in particular.”

The story is from the perspective of Kathy Acker, a 40-year-old writer, as she navigates the summer of 2017. Her profound paranoia concerning Brexit, Trump and war is heightened to an astonishing extent by her love for Twitter and internet obsessions, meaning that the narrative voice is scattered and erratic in an exhilerating way. Simultaneously, the character is also preparing for her wedding to a wealthy man much older than her. The radical juxtaposition between the luxury and richness of her life, notable for her holidays to Italy and plans to buy an apartment with a view of the Barbican in London, and the poverty and suffering of the people she reads about online can sometimes be quite sickening. There is no doubt about it – Kathy is selfish, pretentious and often unlikeable. Yet, I felt the book was immensely successful in highlighting the hypocrisy inherent in our current state in the West that is defined by capitalism, our undeniable greed and the narcissism of our obsession with social media.

When I picked up the novel, and even when I finished it, I had no idea who Kathy Acker was. I had just assumed that it was a made-up name created by Laing. Now, I understand that knowing who this figure was is important (though not essential) when forming your perspective on the novel. After researching a little bit about her, I now know that Acker was an eccentric experimental writer who rose to fame as a part of the underground literary scene in New York in the mid-70s. She is famous for cutting up and manipulating other writers’ work and exploring it in her own novels. Laing certainly interrogates Acker’s ideas on plagiarism in Crudo and this was a part of the book that stuck out to me, prompting me to consider where the line is between being inspired and stealing from another person’s art. Laing utilises Acker by considering what her viewpoint may have been on today’s politics and mixing it with her own to create the narrator of this book, something that I thought was wonderfully original and clever. In interviews, Laing has highlighted how her own life often overlaps with Acker’s biography, encouraging her to intermingle their complicated histories into one. I found this concept fascinating and it has made me question the extent to which the story can be classed as fiction.

Crudo made me desperate to seek out Laing’s non-fiction and dip into some of Acker’s own work to discover a little more about who she was. Consequently, I picked up Laing’s The Lonely City, a wonderful exploration of the state of loneliness in relation to the lives and work of talented, isolated artists, and Acker’s Blood and Guts in High School, a manic, horrific, alarming account of a young girl’s abusive upbringing in New York, and would also recommend these bizarre, intriguing, maverick titles. 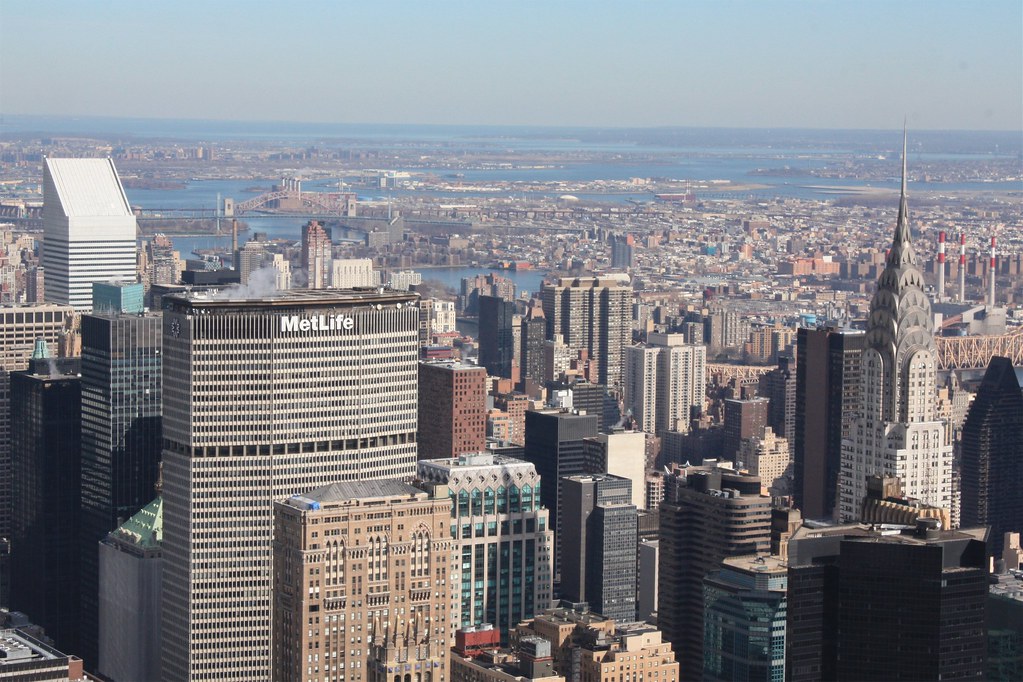 “New York City” by cattias.photos is licensed under CC BY-NC-ND 2.0

Crudo was a short but thought-provoking novel that I whizzed through in just over an hour and I can’t encourage you to read it enough. Go out and buy a copy!