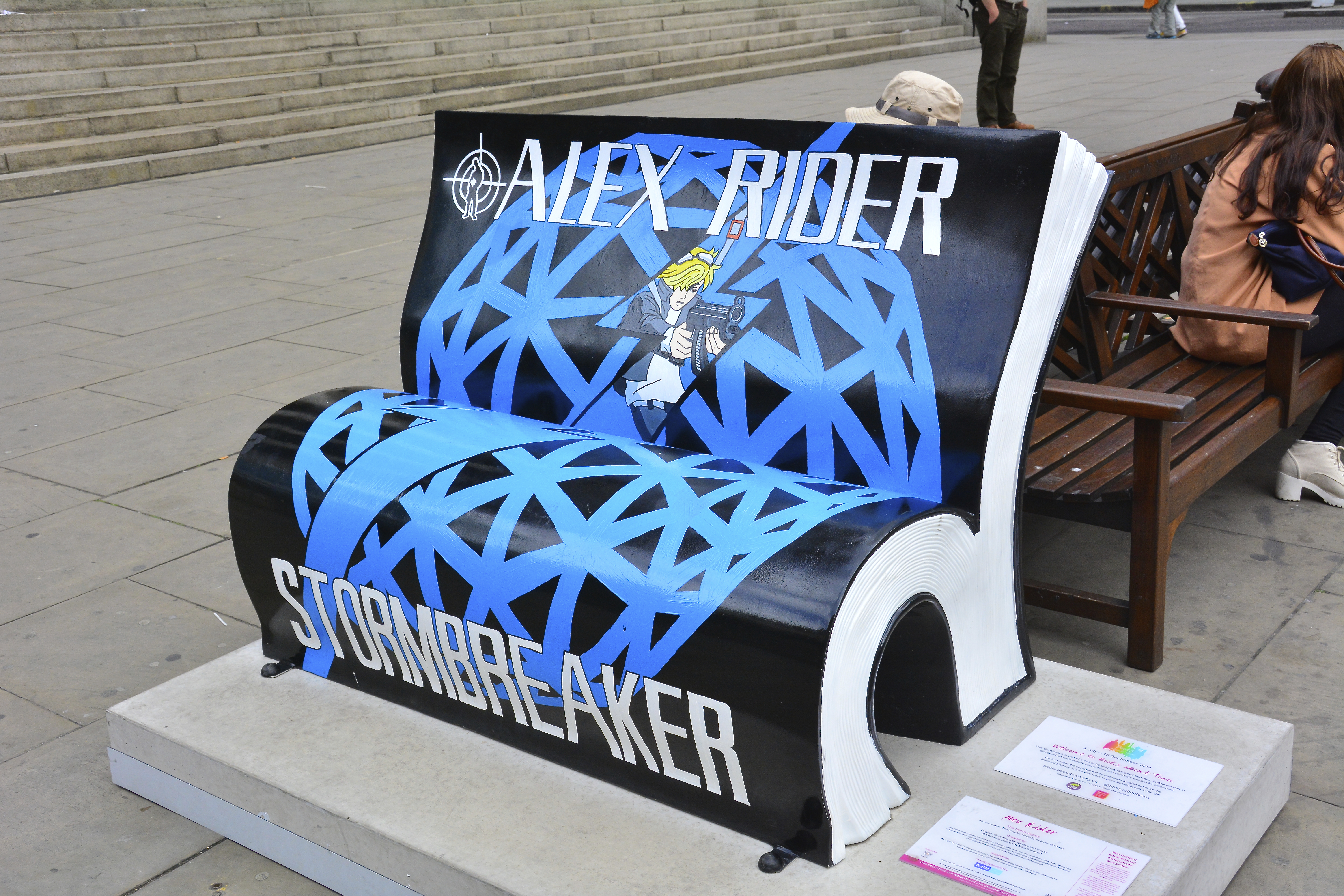 I don’t know exactly when the Horowitz craze began. I think it may have been with a book he wrote called Raven’s Gate – if you haven’t read it, you should. Even if you’re twenty. It’s great. The creepy portrait of an old woman whose eyes follow the protagonist around the room still haunt me to this day. The never ending lanes as he tries to escape meant that I couldn’t set foot on a country road until I was at least fifteen.

Of course, probably the main books we associate with Horowitz are those of the Alex Rider series, which are centred around a teenage spy who fights bad guys and misses a lot of school in the process. Essentially, Alex Rider is the young person’s James Bond, and if you haven’t read any of the Alex Rider series then I would strongly suggest you re-evaluate your childhood, because they were blooming brilliant. Even as what some would call a rather prissy girly-girl, I would find myself jumping round the house with an imaginary gun, pretending that the family dog was a super-villain and only I had the power to stop him. This is exactly how Horowitz got into my mind and into the minds of millions of others – with the sheer power of imagination, and especially with the relevance to our age group – a teenage spy? Well, who doesn’t want to become that? (I’m still waiting for MI5 to call me). The Alex Rider series continued for years, with a grand total of ten books in the series, and a film was made starring Alex Pettyfer (much to the chagrin of many readers who believed Pettyfer didn’t suit the role) – all in all, it is the most successful of Horowitz’s many books.

However, probably my favourite of all Horowitz’s novels was a series called The Diamond Brothers. Tim Diamond is a farcical, preposterous character who likes to think of himself as a detective whilst getting absolutely nothing done and not really having a clue about, well, anything. Instead, his wily younger brother Nick does all the work for him – and the two get themselves into some pretty dire scrapes as they work towards solving various murders across London. Anybody older than eleven reading the books would find the terrible puns cringe-worthy and the stories simplistic. Nonetheless that doesn’t stop them being the books I always read when I’m ill even these days, purely because they make me feel better and the nostalgia that accompanies them is nothing but comforting. These tongue-in-cheek, witty books are still enjoyable even now – and that’s what makes Horowitz such a genius.

Certainly, part of his genius is his ability to attract children to reading – a rare skill which should be treasured when it comes along. In addition, though Horowitz’s books are mainly aimed at boys, the fact that I, (quite a girly-girl in my younger days), enjoyed them is a testament to his brilliance. The characters are likeable, the situations are ridiculous and it is a fantastic form of escapism. The Alex Rider books transport you to foreign countries, the Raven’s Gate ‘Power of Five’ series send you whirling into a world of witchcraft, and The Diamond Brothers makes you laugh so hard your ribs hurt. One of my favourite memories in my childhood is being egged on by the other children in my class to tell them another ‘Horowitz Horror’ story, and often I would read one over and over at bedtime, my spine tingling with fright, deliberately so I could relay it at school (switching all the lights off in the classroom at break-times and holding a torch to my face will forever be associated with those stories). Many of his horror stories still stick with me now and I am still frightened to get out of bed as I ponder over yarns like The Hitchhiker, where we believe the hitchhiker in the car with a teenage boy is a murderer all the way through the story, until the boy kills him at the end and we discover he is on a day-trip from his stay in a mental hospital. The twists in a spooky Horowitz story are always the best part.

Anthony Horowitz should not just be seen as a pre-teen boys’ author. His stories are wonderful for any age group and any gender, and whilst there is such variety in the novels (from a teenage spy to a detective agency to an evil cult) I’ve never read a story by him that I haven’t enjoyed. I’d like to think that when I’m eighty I will still have Horowitz novels on my shelves, and I hope that children will still be enjoying them as I did.