Chekhov’s ‘Uncle Vanya’ : An investigation of the value of authentic performance in association with Durham University Classical Theatre.

Chekhov is always something of a divisive figure. With stories like The Chameleon standing at only four pages, his poetic inclinations often seep into his prose and dramatic style. Satirical yet experimental, Chekhov’s work provides incredibly detailed insight into the society of late nineteenth century Russia. Even in his own time, he was far from universally loved – his approach to art did not promote the same overt moralism visible in reputed contemporaries such as Tolstoy, or predecessors such as Gogol. He wrote of himself: ‘[I am] always trying to squeeze out the slave in me’ – and as the son of a freed serf, it is easy to see why he valued personal introspection. And yet here he remains: the rediscovery of Russian literature post-WW1 renewed interest in his work. Rightly valued, he is a figure whose work should intrigue us all. And in light of that, we have collaborated with Durham University Classical Theatre to promote their production of Uncle Vanya. Read on to hear from their producer, Issy, why we should all see Chekhov performed authentically…

What would you say is the most alluring feature of Chekhov’s drama?

The psychology of the characters is unmatched by most playwrights, especially at the time he was writing, and this sets up a fascinating and groundbreaking realism which has so many changing complexities throughout the play. The beautiful language really enables us as an audience to see into all the intentions, motivations and instincts of each character, creating subsequent rises and falls of tension, boing by each character’s layered psychologies. In Uncle Vanya, there are so many contrasts and conflicts between each individual character’s mental states, and the relationships that ebb and flow, which gradually deteriorate before our very eyes. 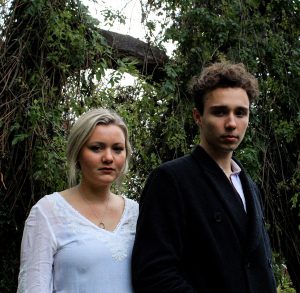 Why is it important for Humanities students to engage with literature from a largely unfamiliar culture?

Literature often acts as a  bridge into different cultures and time periods which we are not accustomed to, but on the other hand, in today’s climate, our exposure and access to a wide range of cross-cultural literary experiences can be limited. Live theatre, in particular, enables us to tune into societies and environments we don’t usually have the opportunity to engage with: Uncle Vanya is no different. Set in late 19th century Russia, within a melting pot of political and social reform, we want our production to give humanities students the chance to experience an authentic, live production of a classical Chekhov play which is conscious of the moment in time it is presenting. I truly believe this is a crucially important part of studying Philosophy, English, History, Classics… theatre should never be ignored as a product and instrument of cultural change. 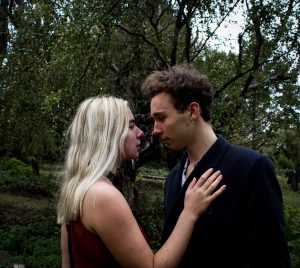 What should we particularly watch out for in your production, and why?

Uncle Vanya is being performed in Durham Masonic Hall, a first for Durham Student Theatre. This astoundingly elaborate and ornate venue was really interesting to work with, creating a poignant contrast between the bleakness of the setting within the play itself. Director, Harry Scholes, has chosen to stage the production in the round, and so the characterisations and relationships take place right in front of the audience. This intimate use of the space means you really feel like a fly on the wall; the incredibly talented cast are creating a naturalism that almost surrounds you, and this only works to emphasise the power that Chekhov’s realism can hold. 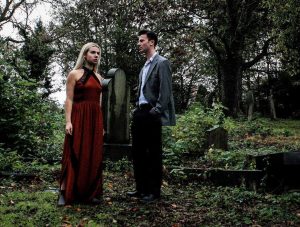 And having heard such praise from the inside, there is no excuse not to take this opportunity to see what promises to be a wonderful adaptation of Chekhov in such a unique setting. Tickets are only £5 for DST members, £6 for students and £7 for no concession. Performances take place this weekend, with an evening performance on Saturday, and two performances this Sunday.