Books through the Ages

Julia Churchill-Angus in Literature on 27 January, 2014. 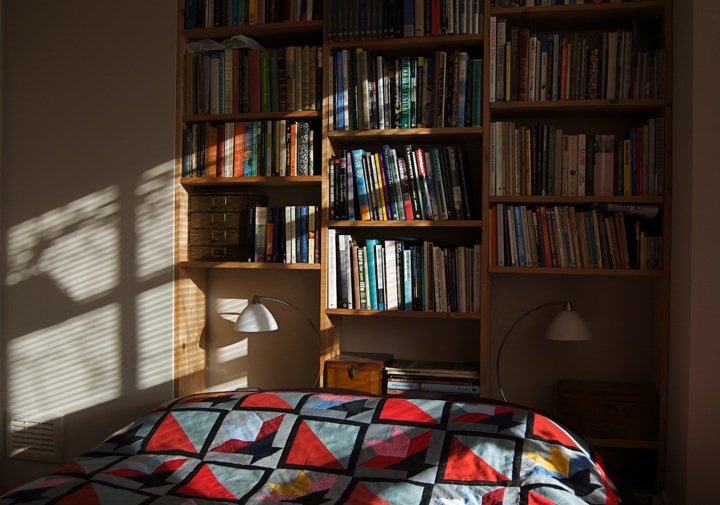 How does someone’s personal bookshelf change over the years?

I’m sure that for those of you reading this article, if asked to identify a few especially significant books you have read in your lifetime, some would immediately pick out a selection that have had a profound and unforgettable effect on you as you have grown up. Others, though, like me, might find it a near impossible task. Looking through my book case, I considered each title and found it hard to choose my favourite. How could I possibly ramble about my love for everything Jane Austen without proclaiming the magnificence of Greene’s The End of the Affair?? How can I reduce my favourite childhood stories to just a couple of paragraphs?! I’m going to try though! Get ready for a whistle stop tour of (some of) the books I have loved, right from the very beginning.

My Naughty Little Sister, by Dorothy Edwards, is a perfect starting point. Edwards writes from her position as big sister to a mischievous sibling, recounting the day she ran away at the fair, the day she got a big girl’s bed instead of a cot, the many days she spent misbehaving with her best friend, Bad Harry. I thought it was hilarious to hear about this little girl’s antics; my six year old self determinedly proclaimed again and again that when I was a big girl I would write my own Naughty Little Sister book about my poor sister (although I’m almost certain that I was just as naughty as she was!).

When I got a bit older, and had learnt to read for myself, I began to explore some of the books my mum had saved from her childhood. One that I read far too many times towards the end of primary school was The Book of Brownies by Enid Blyton. I was a big Enid Blyton fan; I got through every Famous Five book and the tales of the Magic Faraway Tree had me transfixed, but at a stage in my life where I was pretty keen on being a princess, or fairy, or mermaid… or, in a perfect world, a combination of all three… the Book of Brownies had it all! Three brownies by the names of Hop, Skip and Jump have to rescue Princess Peronel after she is magicked away, having lots of adventures along the way with various ridiculous and fantastical characters.

I love exploring the classics now, from the old, such as Jane Austen and Hardy, to more recent authors like Graham Greene and Anthony Burgess. I read The Catcher in the Rye (J.D. Salinger) when I was about sixteen, and is the first classic novel that I got all the way through without giving up after page ten. And it was great. It made my teenage self realise that books can be good even if they don’t have snazzy front covers and all my friends weren’t gabbling about them at lunchtime. Salinger portrays ‘old’ Holden Caulfield in such a way that was irresistible to me. His snap decisions, punchy attitude and fabulous dialogue make this somewhat unstable character surprisingly admirable. He has a great knack of making everyone he describes seem slightly crazed, and we want to believe it, even though we know that the most eccentric character in the novel is most likely Holden himself! I spent the novel lapping up this lost boy in a world of miserable reality.

Now I am a seasoned Geography student, who tries her hardest to make space for novels amongst an upsetting number of journal articles and academic tomes I have to amble through. With less reading time I have to choose wisely about which novels I read. F. Scott Fitzgerald’s The Beautiful and Damned is currently my favourite book of all time. I read it last year just before the Easter holidays in an attempt to forget impending summative deadlines. I suppose it was quite appropriate in that the characters in the book spend a lot of their time living in denial about the problems they have, in the same way I was living in denial about the miserable piles of work I had to battle through! The title is undeniably seductive… maybe because it is suggestive of a breed of people whom some of us secretly covet the lifestyles of… Anthony Patch is a young man who makes no real attempt to hold down a job under the presumption that he will inherit a fortune from his uncle that will cover the costs of the flamboyant and over expensive lifestyle that he and his wife maintain. Needless to say, this mode of living ends in alcoholism and unhappiness; one can’t help feeling a sense of doom right from the splendid, euphoric beginnings of young love and carefree partying. The book provides an escape from the mundane, even if only to teach you that you shouldn’t count your chickens before they hatch. Fitzgerald’s descriptions drag you out of the 21st century and into a roaring world of vaguely distasteful characters who tug you into their life in which no rules exist, other than to have stubborn fun. The book lets me live the life of these beautiful and damned characters, giving me a taste of the blasé and hedonistic, something I know I will never truly experience.

So, I have reduced my life into four books, four very different books. I think the main reason I chose to include them was because of their characters. Some, I feel, reflect me, some intrigue me. But they have all stayed with me. One person’s favourite literary character is another’s most hated, and this goes some way to telling us why each one of us would most likely have chosen different books to write this article. I’m certain that lots of you will be horrified with my selection… though I might be just as horrified if you told me yours!