Books: Are They Making A Comeback? 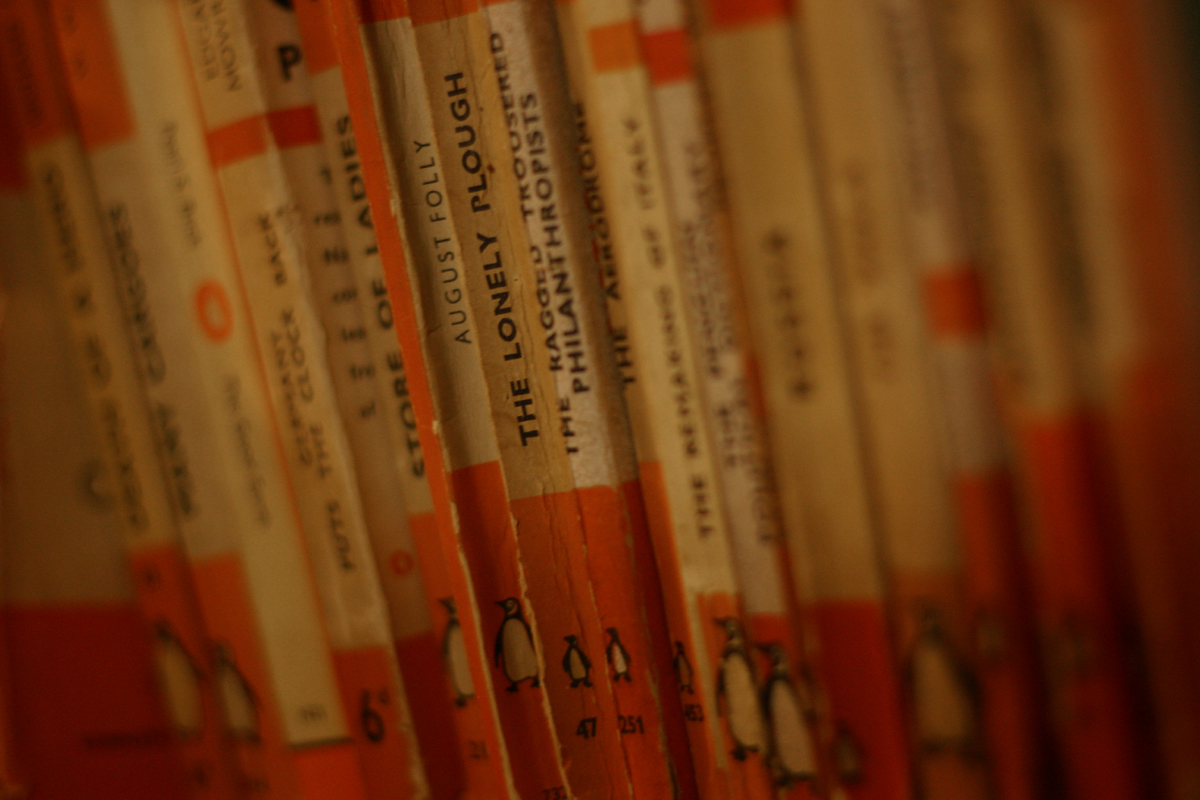 Vintage chic is everywhere in the world of fashion, but from a literature point of view, nothing says vintage more than the old, original, coloured ‘Penguin Classics’ covers. If old is the new black, why shouldn’t this apply to books as well? These iconic Penguin covers have been splashed everywhere from mugs to shopping bags- even on t shirts. Admittedly, most people- me included- wouldn’t have heard of half of the books that are on this merchandise, but it doesn’t mean that they aren’t interesting. (I will admit that as an English literature student I am slightly biased; I spend most of my time surrounded by stacks of books, so if I wasn’t interested in books I would be doing the wrong degree.)

Yet what strikes me every time I mention to anyone, stranger or otherwise, that I study English, is that they are really interested in the books I read on my course. Now, I know that this could just be politeness (we’ve all asked about other people’s degrees to stop the conversation descending into an awkward silence) but when I respond with a non-committal phrase- a get out clause as it were- amazingly, nine times out of ten, I am always asked to explain further. Though, admittedly, these conversations usually take place outside of clubs (. Yes, it could just be the alcohol talking – I mean anything is interesting after four jaeger bombs. Nevertheless,) people seem to have a genuine interest in the books on my course, even if they don’t recognise the title or the author. As crazy as it sounds, I’ve had a group of drunken guys on a rugby social asking me to explain the difference between foreign playwrights such as Chekhov or Ibsen and their English equivalents. I would struggle to do this normally, never mind at midnight in Lloyds. Perhaps books are the one thing that even people with different interests can find shared ground on. It’s the same with films; even if people like different genres, it’s still a film, there’s still something that everyone can relate to in it.

Personally, I would much rather talk to someone about books than films, but up until recently I haven’t really had many opportunities. Yet, slowly and imperceptibly, I have been having more and more conversations about books. It’s not that films have slipped out of conversations but they have moved over to accommodate an almost equal level of interest in books.

So I am starting to wonder whether books are starting to surpass or are at least are becoming level with films in popularity. So many people are becoming bored with the never ending stream of sequels that the film industry churns out. Cinemas are full of worn out, we –are-getting-everything-we-can-out-of-this-franchise films. Take Transformers as an example. What number are we on now? Six or seven? I’ve lost count. And most people have lost interest. Obviously with books, authors still jump on the bandwagon: sadly, we all remember the teenage vampire faze. However, there are also so many fantastic niche books. I’m not saying that there aren’t niche films, but for every brilliant, quirky film, there are hundreds of ones that fail to hold our interest. Whether it is because publishers are more careful with niche books, taking in to account the cost of printing and distributing books, I don’t know for certain; but a higher percentage of niche books do better than niche films. Self-publishing aside, the books that reach readers are a small minority of those submitted to publishers; there has already been a filtering process even before they hit the shelves. I am by no means classing each of these books as a literary masterpiece (did someone mention Fifty Shades of Grey?), but they all had to have had something unique in them to be published.

Although both publishers and production companies are concerned with money, it is a well-known fact that there is a massive discrepancy between the annual income of an actor and an author. The majority of authors, J K Rowling aside, have full time or part time jobs and write in their spare times. Therefore, for these authors the enjoyment of writing is a much larger factor than making money. Needless to say, for most films, this is not the case. In my opinion this is the reason for the recycling of ideas and clichéd plotlines in films that will always leave something to be desired for the audience. So many films are based on books and the verdict always appears to be the same: that the book was better! We may as well just read the book.

In addition, books are expensive and lots of people will borrow a copy from their local library, or read reviews and recommendations before buying the book. Therefore, to become bestsellers, these books usually have a lot of positive reviews- enough to make a lot of people buy them. By contrast, going to the cinema is something to do on a rainy afternoon; I frequently watch films that I am only vaguely interested in. With books, as they are so much more time consuming, I only read the ones that I really want to read; never with a half-hearted interest. If a film isn’t as good as I expected, which happens far more often that I’d like, then I have only wasted a couple of hours, rather than days.

This is enhanced by the all-encompassing nature of reading a book. You can watch a film whilst texting or online shopping but you can’t do this with a book (trust me, I’ve tried). I’d love to be able to do it, but it’s just not possible. You end up re-reading the same line twenty times. Have you ever noticed how someone will interrupt if you are watching a film but never if you’re reading a book? Maybe this is one of the reasons why books are slowly edging their way up. I know that everybody is always talking about the technology generation and how we can’t do anything without one eye on Facebook; but there is some truth in it. Maybe books have to be more appealing, given that they are in competition with easy distractions such as online games and videos? Whether you agree with everything I’ve said or only parts of my argument, the fact remains that books are making a comeback and I for one couldn’t be more thrilled.