Best Books to Buy as Christmas Gifts in 2019

The festive season always rewards us with more time to read. Nothing beats the luxury of a paperback and a hot chocolate on a damp, dreary December day. So, why not gift your friends or family with the wonders of a bestseller this Christmas? Here are some ideas of what you might want to look out for (i.e. what I’m hoping I will find under the tree come December 25th):

Find Me by Andre Aciman
Following the success of Call Me by Your Name, Aciman revisits his treasured characters in this hugely anticipated sequel. Set a few decades after Elio and Oliver first met, Elio is now a celebrated pianist living in Paris and Oliver works as an academic in New England. Narrated by Sami (Elio’s father), Elio and Oliver, the book promises to be a surreal whirlwind of love, intimacy and heartbreak.

Grand Union Stories by Zadie Smith
After 5 wonderfully bizarre and original novels, Smith has finally produced her first collection of short stories. Working with wild experimentation, she travels across cultures, class, race and countless political attitudes to create complicated characters that reflect her powers of observation with captivating prose. Smith utilises her craft to provide intelligent social and political commentary on the divided world we currently live in, jumping between genres and settings to articulate her views. Even though you may not fall in love with every story, I’m certain that this collection is well worth picking up. 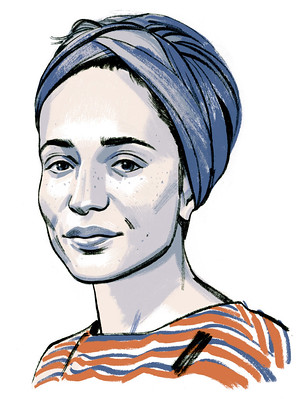 Fleishman Is In Trouble by Taffy Brodesser Akner
Finding himself divorced and single once again at 41 after years of emotional neglect and a difficult marriage, Fleishman is keen to start dating once again. But then, his ex-wife disappears and he is forced to confront the reality behind the breakdown of their relationship. This book is clever exploration of life in upper-class and the intensity of their tight community through the lens of a marriage in crisis. Sharp and humorous, this is not one to miss.

The Dutch House by Ann Patchett
Written by one of America’s most beloved contemporary writers, this dark, modern fairy tale follows five decades of the lives of a twisted, dysfunctional family. The story begins after World War 2 when self-made property magnate Cyril Conroy surprises his wife with the purchase of an infamous, immense mansion near Philadelphia. Following this prosperity and transformation in social status, Elna Conroy is never truly the same again. Told from the perspective of Conroy’s son, Danny, this bizarre, disturbing family history is full of intrigue and mystery and promises to be a brilliant gift.

Olive, Again by Elizabeth Strout
Published only this year, Olive, Again is the sequel of Strout’s masterpiece, Olive Kitteridge, and once again follows the vivid, bizarre, humorous life of the Maine widow. Set on a remote stretch of coast, Strout’s astute observations of the small town setting ensures the everyday existence of the residents are translated beautifully in her vivid prose. Rather than being a conventional style of novel, Olive, Again has been described as the prose equivalent of a long-running TV drama series. For a wonderful perspective on the tough nature of daily heartbreak, this promises to be a true gem.

Featured image is available free for commercial use on Pixabay No attribution required.