Behind the Scenes at the Museum 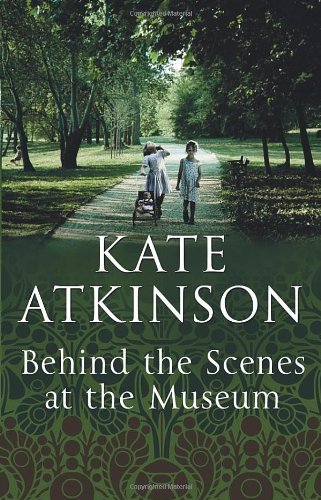 Behind the Scenes at the Museum by Kate Atkinson is one of those richly rewarding novels that can be read over and over again without ever getting boring. I first encountered it as part of my A Level syllabus three years ago, and I must have read it a dozen times since – alongside forcing every member of my family and every single one of my friends to read it too. A perfect blend of heart-breaking tragedy and side-splitting comedy, this book has a very special and permanent place on my bookshelf.

The main part of the story follows the events of the life of Ruby Lennox – from the moment of her conception (‘I exist!’) to her unfulfilling adulthood. Ruby is a complex character, with layers and secrets that remain undisclosed for the most part of the novel. Her narrative is witty and light, with some truly hilarious moments, and her descriptions of the selfish thought processes of childhood are brutally honest. However, Ruby’s life is one filled with tragedy and, born into an unhappy home to a mother who seems incapable of love, her story is punctuated with moments of poignancy and pain that are difficult to read. Alongside Ruby’s story are the ‘Footnote’ chapters, which together slowly build a complete picture of Ruby’s entire (and vast!) family history. Spanning generations, the stories told offer alternative views to key events such as the two World Wars, the Queen’s coronation and even the 1966 World Cup.

The central theme of the novel, and the reason for its interesting title, is the telling of these stories that have otherwise been marginalised or lost to history; in particular, those of women. In addition to the well-known men’s tales of the trenches of World War One come the struggles ‘behind the scenes’ of the young women left at home, epitomised in the character of poor Nell; with two dead fiancés, she wishes desperately that she could at least have the dignity of being a proper widow. The 1953 coronation, though enjoyed by the men of the family on the new television, is an event of endless sandwich-making and exhausting socialising for Ruby’s mother, Bunty. The 1966 World Cup victory for England becomes a battleground of men versus women due to the misfortune of it coinciding with a much-anticipated family wedding. A consistent theme throughout is the systematic oppression of women into the often undesired roles of motherhood and housewifery. So many of the novel’s female characters are trapped in domestic banality, driven to despair by loveless marriages, with each generation bursting into heart wrenching cries of ‘I am living the wrong life!’ A few of the stronger women manage to escape, but many simply live their lives of intolerable, dissatisfying dullness. A multiplicity of Ruby’s ancestors are introduced to the reader, all treated with honesty and sympathy, their pasts and personalities explored with an almost excruciating rawness.

Despite the intensity of feeling Atkinson portrays in many of the moments of sadness, another thought-provoking aspect of the novel is the interesting lack of emotional drama. Conditioned since childhood to keep their feelings to themselves, most of the characters are bursting with repressed memories, habitually normalising situations which would seem horrific to other people. After a terrible death in the family on Christmas Eve, Ruby and her sister continue on the next day with the usual traditions of opening presents and watching the Queen’s speech, and have more fun ‘than seems appropriate after the demise of a close relative.’ Yet, due to the gentle and sympathetic light that even the most disagreeable character is painted in, the reader understands that the family is not callous, but rather so besieged by misfortune that they simply must continue on with their own lives. The only alternative would be to drown in endless grief and despair.

Though written twenty years ago, Behind the Scenes feels as dazzlingly contemporary and innovative as a novel brand new to the shelves. Atkinson’s extraordinary postmodern style is executed with such subtlety and poise that the twists and turns in narrator and time period seem like nothing more than friendly nudges towards the panorama of the novel’s conclusion. As lost as the reader may feel at times, the ingenious ‘Footnotes’ and Ruby’s storytelling bring everything together in the end. As Ruby learns about her family and her own past, we readers do too, and though the ending refreshingly lacks the neat artifice of a ‘happy ever after’, Ruby’s affirmation of identity and control of her own destiny gives the optimistic closure that she is, at last, living the right life. ‘I am a precious jewel. I am a drop of blood. I am Ruby Lennox’.