Announcing the Winner of the Gordon Burn Prize 2015 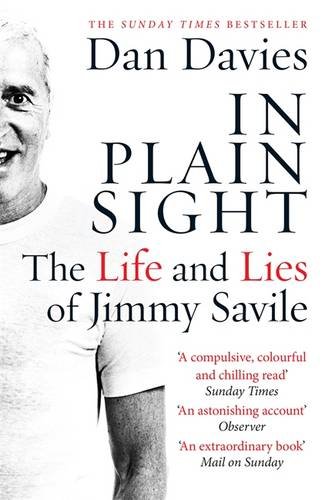 Dan Davies’ book on Jimmy Savile was awarded this year’s Gordon Burn Prize at the ceremony in Durham Town Hall.

This opening event to the Durham Book Festival introduced five extraordinary short-listed writers, who seek to explore the borderland between fiction and reality.

The ceremony was held in Durham town hall, a striking old building full of pictures telling stories of Durham’s past. Students interested in finding out more of Durham city’s rich history should consider coming here just to discover the building. In the great hall, guests were treated to free wine, canapés, a complementary Durham distillery gin and tonic, and a musical interlude from Paul Smith (singer from Maxïmo Park) who wrote a song especially for this event.

The prize is awarded in memory of the late Gordon Burn, who is famous for fictionalising famous people like Damien Hirst, Gordon Brown and Margaret Thatcher in order to explore the darkness that sometimes lies behind celebrity. In his tradition the prize seeks to reward fiction or non-fiction texts which represent the spirit of Burn’s work. This spirit is defined by the Gordon Burn Trust as

novels which dare to enter history and interrogate the past; writers of non-fiction brave enough to recast characters and historical events to create a new and vivid reality. Literature which challenges perceived notions of genre and makes us think again about just what it is that we are reading.

The first book introduced by its author was In Plain Sight: the Life and Lies of Jimmy Savile. In it, the reporter, Dan Davies, analyses a series of interviews he had with the diabolic star before his death, and discovers a psychopathic character. Davies shows Savile looking back on his legacy full of pride for his philanthropic achievements. When pushed on the rumours of child abuse he would be surprisingly open and confirm that certain incidents happen, but he would always have a terrific excuse, why it was justified. Davies told us that Savile would “start on his guilt and explain himself back to innocence.”

Next up was Midland: A Novel Out Of Time, the debut novel of Honor Gavin, who also happens to be a talented musician and has produced various track songs alongside the book’s material. In the novel, Gavin fictionalises her own family history, describing three generations struggling in a midland city (Birmingham) described as being in a constant state of decay and reconstruction. Starting with the bombed canary of the forties, it leads to construction sites of the sixties, and ends with dwindling social housing sites of the eighties. She read a passage to the audience, in which she describes her grandmother working as a construction worker and the joy she feels at the thought of creating something with the strength of her muscles.

Noontide Toll by Romesh Gunsekera, fellow of the Royal Society of Literature, is about a fictional van driver, who drives around the post- (very real) civil war Sri Lanka. It is a book that explores, in Gunsekera’s words, the “effect of the trauma of civil war” The van driver “has got to go north, and he has got to go south” thus interacting with the two former parties of the civil war and experiencing both sides. When asked about the experience of writing the author remarks that “all writers write about the past, or future” and “you can’t drive your van only looking forward, you got to look in the rear window, same thing with writing”.

Original Rockers by Richard King, is described by the author as “a nature book about a record shop”, set in Bristol where the author used to work. In understanding the shop as its own micro-cosmos, as a “city within a city”, it is a book of nostalgia for past times, where music was still analogue, in which the author fictionalizes his own experiences and anecdotes.

In Nothing Is True And Everything Is Possible, Peter Pomerantsev describes his experience of Russia while working for a Russian TV station. It is a witty description of Putin’s Russia, which Pomerantsev sees as a totalitarian society that is trying very hard to pretend to be liberal. In his words “everyone knows it’s bullshit, but everyone plays along.” He also asserts that Russians “think lying is cool,” (but he’s allowed to say this, he tells us, as he’s Russian himself.)

After the musical interlude with Paul Smith, the winner of the prize was announced to be In Plain Sight: the Life and Lies of Jimmy Savile. As part of the prize Dan Davies will receive £5000, and the opportunity for undertaking a writing retreat at Gordon Burn’s Scottish cottage.

All short-listed books are available at Waterstones, make sure to check them out.