An Interview with Rosa Rankin-Gee 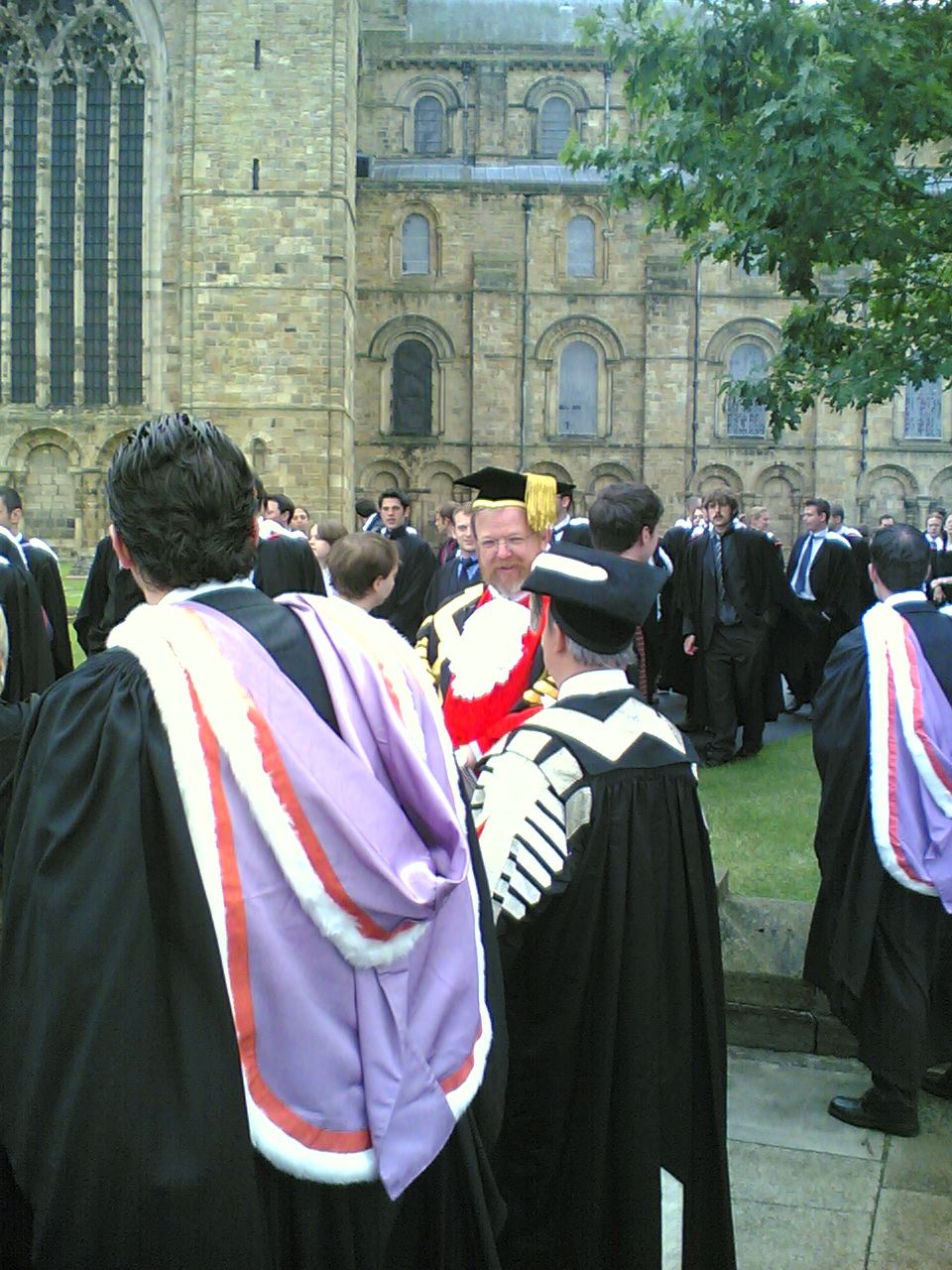 “Anyone about to graduate: this is a book for you” – Rosa Rankin-Gee

Rosa Rankin-Gee has certainly come a long way since graduating from Durham as a modern foreign languages student. Within the space of a few years she’s won the prestigious Shakespeare and Co. Paris Literary Prize, had her debut novel (The Last Kings of Sark) published, and spent time living in Paris and Amsterdam. I was fortunate enough to be able to catch up with her for The Bubble to discuss nostalgia for Durham, coming of age, and how three years spent at Durham inspired a ‘tension relating to public schools’ in her debut novel. I’d be lying if I said that didn’t sound familiar…

The Bubble: An earlier version of The Last Kings of Sark, in novella form, won Shakespeare and Company’s inaugural Paris Literary Prize in 2011. What did this mean to you at the time?

Rosa Rankin-Gee: I never for a second thought I would win the prize. In fact, it was a week or two before the ceremony and I hadn’t heard anything, so I wrote an email to ask if, since I was in Paris anyway, I could attend the winners’ readings. Half an hour later, I got a reply, saying ‘Yes, you probably should attend… given that you’ve won.” Utter shock. I was out on a Nespresso-buying mission for the office I worked at. I called home from a bench on the Champs-Élysées and tears just burst out of me.

TB: What, for you, is the appeal of the novella as a form of writing?

RRG: When I set out to write the summer on Sark, it was, from the first page, meant to be a novella. I liked the way both the novella as a form, and the island as a place, were small and self-contained.

TB: You studied modern languages as an undergraduate at Durham. Is there any aspect of Durham you’d say that you’re particularly nostalgic about?

RRG: Second year, living at 4 Hawthorn Terrace, with a ridiculously big bed and a tea-light-in-jam-jar-filled apple tree in the garden, has a particularly strong tug of nostalgia. Apart from that, I think of cobbles, and that terrible ‘food festival’ that comes to Market Square with the reconstituted jumbo prawns, and how beautiful the cathedral is at dawn or dusk. I used to love the library in the run-up to exams; I associate those times with laughing, a lot.

TB: To what extent does The Last Kings of Sark fit the mould of ‘autobiographical first novel’?

RRG: It does and it doesn’t. In terms of the events – scallop-smuggling, DIY cliff abseiling, nights at the Mermaid -, some have a seed in reality, some are purely imagined. The characters, however, though there are probably fine filaments of me and people I know in some of them, are their own, invented entities. I did some of the things, and felt some of the things, but they’re all changed in multiple ways.

TB: What has been your best ‘pinch-yourself’ moment so far as a writer?

RRG: This isn’t really ‘pinch myself’, but it meant a lot of me. I was doing an event at a bookshop in Dulwich, and I was being asked really tough questions by the audience, when a lady put her hand up at the back. She was maybe in her 80s, a lot older than I would imagine my target audience to be, but she said “I just wanted to thank you for reminding me what it was like to be young.”

TB: In your opinion, what constitutes a good novel?

RRG: Writing that makes you see the world you know in a new way. Characters that make you laugh. Clarity. Story. Human courage. 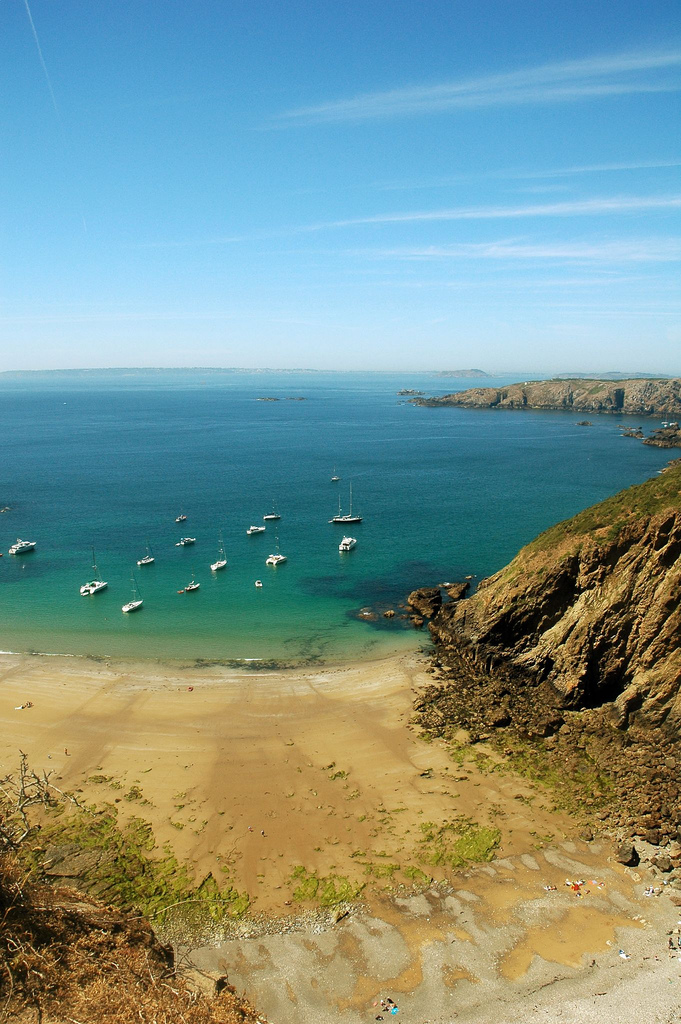 The island of Sark

TB: The Last Kings of Sark has been described as ‘a classic coming-of-age scenario’. In what ways, if any, do you think that your novel might be a departure from this classic scenario?

RRG: Well, I think the characters come of age in the first half, and the whole second half is really about being of age. One’s twenties, how full-hearted, broken-hearted, wonderful and difficult that is. There’s a lot about the years post-university. Anyone about to graduate: this is a book for you.

TB: The second and third parts of your novel really subvert the happy, youthful nostalgia of the first. Where did this darker portrayal of the characters’ aging come from?

RRG: I think this is firmly and clearly where that word ‘autobiography’ steps in.

TB: Several characters in the novel are depicted as having strong prejudices towards class and social position; were there social types or ideas that you wanted to react against in the novel, or was this just how the characters emerged?

RRG: Eddy, or perhaps it’s his obnoxious brother Caleb, asks Jude – the main character – “where did you school?”, a question only posed by a certain section of society, and a question I encountered for the first time, and time and time again, in Durham. There is a tension in the book relating to public schools, and I would be lying if I said that wasn’t partially inspired by 3 years at Durham.

TB: The Last Kings of Sark was published by Virago – would you say that this is particularly significant for you?

RRG: I remember seeing a poster for Virago in a lift in Foyles when I was about 11, and it had Margaret Atwood and Maya Angelou and Sarah Waters on it and it said ‘International Publisher of Books by Women’ and I thought: well, that is pretty cool.

TB: Do you have any advice for aspiring novelists (or popular myths about what it means to be an author to dispel for them)?

RRG: Have another job as well. I’ve done lots of things, but have semi-settled in advertising – and it is a joy to have colleagues sometimes.

TB: What would make an ideal day in Paris, your adopted city?

RRG: Well I’ve currently been fostered by Amsterdam, but I think my ideal day would work at each. It would be the weekend, obviously. Market in the morning, canal-side lunch (easier in Amsterdam/impossible not to), magazine flicking and writing at a good coffee shop (Six and Sons in Amsterdam, Le Cannibale in Paris), then cocktails (Vesper in Amsterdam, Mary Celeste in Paris)

TB: Finally, can you intrigue us with a glimpse of what’s around the corner for you?

RRG: Second novels are like second albums – notoriously difficult. After a long time, I finally feel in an OK place with mine though. There will be love, there will be water, there will be a little kid called Blue.