An Interview with Michelle Green

Connie Bettison in Literature on 6 October, 2015. 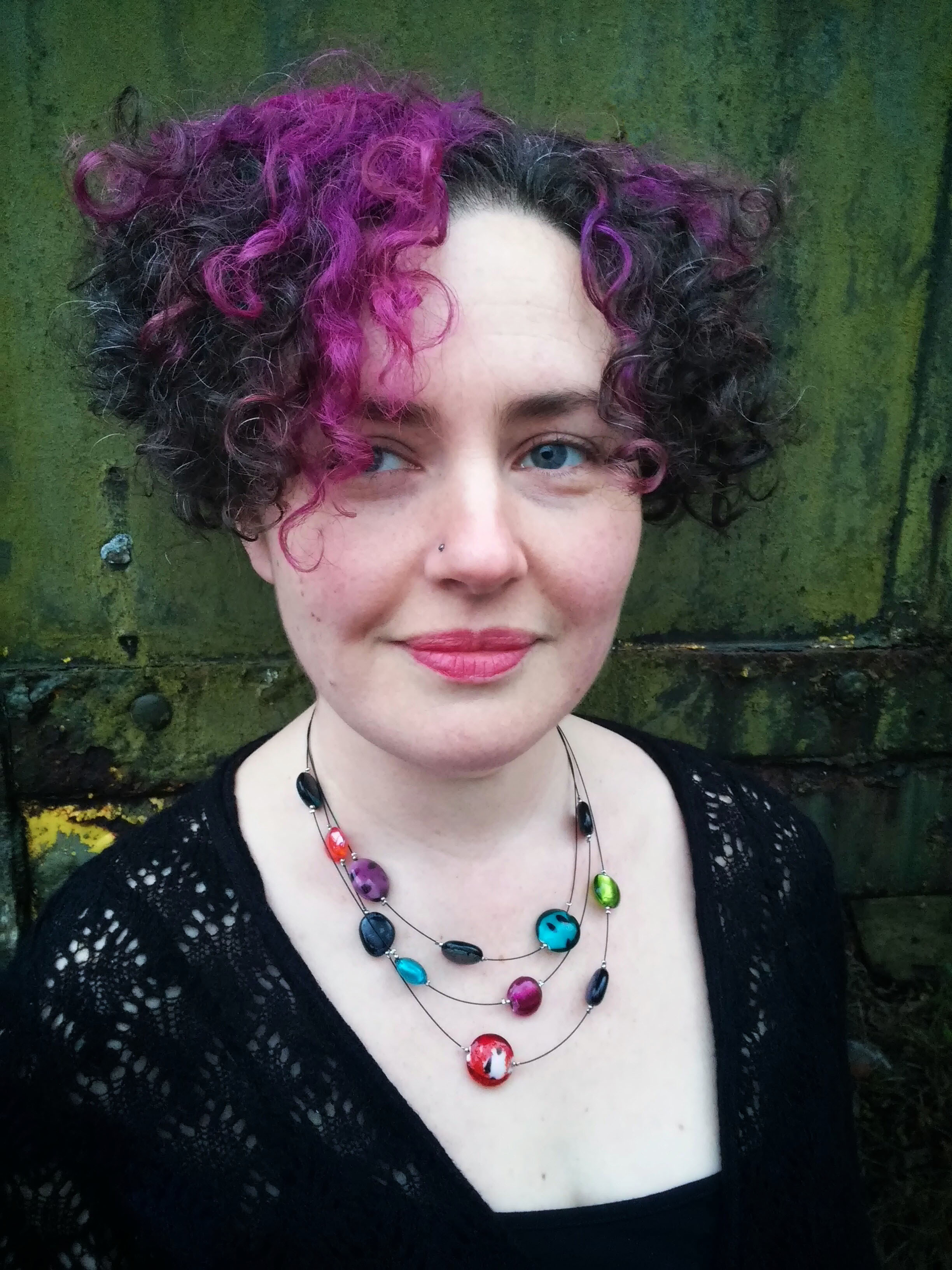 Michelle Green will be visiting Durham on Saturday 10th October to discuss ‘Writing from Conflict’ in relation to her collection of short stories, Jebel Marra.

Hi Michelle! Thank you for kindly agreeing to take part in this interview. You’re coming to Durham Book Festival with your new book Jebel Marra, a collection of short stories set in the aftermath of the 2004 civil war in Darfur, Sudan. Can you tell us a little more about it?

The stories grew from the six months I spent as an aid worker in West Darfur in 2005. I set them around that particular time for narrative reasons, but in fact the war is ongoing. 2004 is recognised as the year the current violence in Darfur first peaked, but if anything it has become more widespread over the last decade, with attacks regularly taking place in other parts of Sudan as well as across Darfur. Many villages have been attacked multiple times now, and many people displaced more than once, so there is a continuing chain of violence, and multiple aftermaths.

These stories stem from your time in Darfur. How do you create the balance between writing about your own experiences and fictionalising them?

My editor was central to this. Part of what took so long in the writing was that I had to untangle my attention from the things I had personally witnessed, and broaden my scope. Fiction was also a crucial way to protect the privacy and safety of the people I worked with. In the end, my own experiences most often became the backdrops to the stories – the details of setting and environment that surround the action and characters.

You’ve spoken about the “compulsion” you felt to write about Sudan. Does a sense of duty usually lead your creative work or is this a special case?

I wouldn’t say it was a sense of duty that led me to write the book – it was less cerebral than that. It was a gut-level drive: write this or write nothing. I’d say most of what I write comes from a similar point, an obsession with something, usually a place, like a city or tower block or train station. First the place and then the characters.

I read that as a drama student you started writing for the theatre to create more inspiring roles than those of the “2D supportive girlfriend/evil ex/hooker-with-a-heart-of-gold.” Jebel Marra tells the stories of Darfur through fifteen different perspectives. Would it be fair to say that you use your work to tell untold stories or give voices to the unheard?

I don’t see my work as giving voice to the unheard because it’s not mine to give, and as a white English speaker that’s an important detail for me to keep hold of. Having said that, I do connect to stories that centre those who are often left in the margins in our world and our dominant storytelling. I say that as a reader as well as a writer. Stories hold power – especially when they are repeated – and I’m interested in the people whose power and agency is more often erased in mainstream storytelling (whether that’s reportage, fiction, scripts…). I am tired of hearing from the same few character voices again and again, of being asked to accept one type of human as the baseline for universality while the rest of humanity plays the supporting role. It’s boring.

All of the characters in Jebel Marra come from different walks of life and face differing challenges within Darfur. How did you decide on which characters to include, or which voices you wanted to be heard?

I started with aid worker narrators, and within that I wanted to write the kinds of aid workers I knew but who I didn’t see in the news reports and public view back home. So, for example, aid workers who are war survivors and exiles themselves, ex-military aid workers, Sudanese aid workers and so on. From there it was a case of moving the lens to different positions in the wider conflict, including some that are directly implicated (politicians, lawyers, mercenary militias) and others who are carrying out their work in a bubble of commerce (the archaeologists) while the war rages in their rear view mirror. I also knew I wanted at least half of the stories to have female narrators or main characters. Most war stories are told by male writers using male narrators, and I think, as a broad trend, that misses out so much.

You’ve said that you wrote Jebel Marra with the intention of going “beyond the standard war story” and “complicate the neat narratives” you saw around yourself. Would you call this a search for truth? For justice?

It was a search for understanding, certainly, though I wouldn’t say a conclusive one. Justice is something that belongs to the Darfurian and Sudanese people, and in that I can only support in my very small way. Near the start of the writing process, I attended a lecture by the activist and writer Alex de Waal, who was involved in early negotiations between the warring factions in Darfur. He said, ‘Evidence doesn’t change things; good stories do’. That really drove me.

On a similar note, some of the fifteen principal characters in Jebel Marra are explicitly described as being gay or bisexual while homosexuality is illegal in Sudan; how important is the issue of representation or visibility in going beyond the usual war narratives?

I think representation and visibility are crucial, especially in war narratives. So often in stories of war, the main characters are assumed to be male and straight, and LGBT lives are either invisible or treated as frivolous distractions. Political extremists and war-mongers of all types have long declared LGBT people a threat, either as bourgeois scum, or deviant scum, with the same result: scum. Not real people. Our sexualities and genders have made us targets of war time and time again, and yet we are almost completely absent from retellings of war. It’s amazing. There are a lot of common threads between homophobia and misogyny – erasure being one of them – which is why I want to address both in my writing. I’m also interested in LGBT representation that moves beyond the coming out story to a point where that identity is simply one element of a character’s larger story.

In Sudan, like other neighbouring countries, LGBT activists are fighting for the most basic of rights – the right to live. I’m from a country where I have far more protection and tolerance, and so I feel I owe my solidarity to those who are fighting to simply exist. I can write visibility into my work without threat to my basic safety, so it’s the very least I can do, really.

The event you’re appearing at for Durham Book Festival is called ‘Writing from Conflict’; what impact do you see stemming from literary responses to current conflict, when compared to, for instance, famous ‘war poetry’ of the past?

One big difference we have today in the UK is that we have access to literature, in English, by writers who are from and often still living in the countries under siege, whereas as far as I know, that wasn’t so much the case in the past. Comma’s multi-author collection ‘The Book of Gaza’, and Atef Abu Saif’s ‘The Drone Eats With Me’ are powerful examples of this, as well as Hassan Blasim’s horrific and astute short stories set in Iraq. I’m also aware of ‘Syria Speaks’, a collection by Syrian artists and writers, some of whom are still living in Syria. Very recently I’ve seen the Somali-British poet Warsan Shire’s poem ‘Home’ circulating on social media. It begins: ‘No one leaves home unless / home is the mouth of a shark’ – a powerful answer to the deliberate misinformation about refugees that we see in the mainstream press.

This is what art can do. It can bypass our ignorance and our assumptions and hit us right where we feel.

Thanks again Michelle! Do you have any upcoming projects you’d like to tell us about to look out for in the future?

I’ll be talking about war stories with Zoe Lambert at an English PEN event in Cambridge on November 7th, and then in the Huddersfield hills on December 5th for Short Story Day at Huddersfield University.