An Interview with Linda France 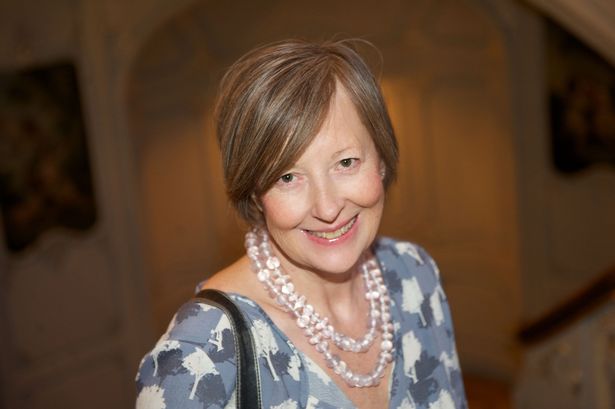 ‘Writing poetry is walking that knife blade, as Kafka said, dripping with honey.’

The move South when I was five, my language faculty still not fully formed, tore out my tongue at its roots. After that, words were never stable, reliable forms, but tantalisingly seemed to flaunt the posibility of clarity and resolution in my face. Writing poetry is walking that knife blade, as Kafka said, dripping with honey.

Working in collaboration is exhilarating and liberating. It is an opportunity to break out of the limitations of your own world view and chosen form and create something new – ideally greater than the sum of the parts. It’s a friendly, sociable act compared with the long solitude of a poet’s day at the desk.

In addition to these collaborations, your words can also be found in many different media, from sculpture to ceramics to stained glass windows. What, for you, is the significance of these ‘public art’ projects? Would you say that they make poetry more accessible?

In the 1990s there was a great surge of so-called ‘regeneration’ in the North East and public commissions were an expression of that. I happened to be asked to join in the conversation and really enjoyed that way of getting to know the region better, talking with all sorts of different people and extending my practice in that way. Visual art is an important language and I’m interested in what poetry/text can add to it. In the simplest sense, words being common currency, they can provide a threshold for the viewer to enter the artwork they may not otherwise have available to them. The trick is to keep the interpretation open, leave room for the viewer’s imagination.

Which other poets – contemporary or otherwise, from childhood onwards – would you say have had the greatest influence on your writing?

The first ‘proper’ poem I read was Auden’s A Shilling Life, in ‘Palgrave’s Golden Treasury’ – the only poetry book we had in our house. Aged about ten, I didn’t really understand it but liked the way it sounded and knew there was some secret hidden there so I kept going back to it, trying to unlock it. As an adult, I prefer MacNeice to Auden as I find him less effete, stranger and bloodier. At University I was introduced to the Elizabethans – Wyatt, Spenser, Sidney and Donne – and they are still important to me. Along with, the usual suspects from the canon – Keats, Browning (Elizabeth), Eliot, Plath, Hughes, Bishop and Heaney.

Your project, ‘Poetica Botanica’, has taken you to Botanical Gardens around the world, from Sydney to Singapore. I was wondering if you could tell us more about these experiences, and how travel stimulates your poetry.

In 2010–11 I was Leverhulme Poet in Residence at Newcastle University’s Botanic Garden. While I was there I wrote a small pamphlet of poems and worked on a sculpture. At the end of the year I applied for ACE funding to allow me to travel to further flung Botanic Gardens to extend my thinking and research. I was particularly interested in the ‘exotic’ plants, introduced to this country from the Southern Hemisphere and grown under glass.

Another layer was the question of conservation and the threat posed by climate change; it’s surprising how many people take plants and trees for granted. We’re in big trouble right now – for example, nearly half of the world’s conifers are currently endangered, and even some of our simplest wild flowers are at risk.

I spent the 2013 Michaelmas Term as an IAS Fellow at Durham and, as well as getting to know the Botanic Garden there, appreciated the stimulation of working alongside academics from many different disciplines, all pursuing enquiries related to ‘Light’.

Given the tiny number of people who manage to make a full-time living out of poetry, would you say that it’s a minority pursuit? Would you encourage others to attempt it as a career, and if so what advice would you give them?

Although it’s not a ghetto, it is a tough place to make a living. You stick with it because it sticks with you. There are many opportunities to choose something different. After the initial immersion, poetry self-selects ruthlessly. My advice would probably be, if you can do something else, follow that road.

Your poetry makes use of new media, from your website to your YouTube channel. Do you think new technology – for instance the Kindle – is enhancing the reading experience, or simply changing it?

I don’t enjoy reading anything, particularly poetry, via a screen – there’s not enough texture in it for me. I’m happy enough with emails and my website (www.lindafrance.co.uk) and blog (poeticbotanica.wordpress.com) – that just about feels manageable and suits my need to keep things simple, small-scale, personal and low impact. I still write my poems in pencil in an unlined notebook, only making it as far as the laptop quite a long way down the line. I want to be where I am when I’m there and I find most technology disrupts that.

You yourself have described writing as a process of ‘finding out what words can do and what they can’t’. Has your career as a poet convinced you of the vast potential of words – or of their limitations in expressing life as it is really lived?

So, we’re back to the knife blade dipped in honey…Language and the arguments it makes possible are all better when they work to the rule of Both…and, rather than Either…or. I can’t imagine a world without words or books, without the music of poetry. I don’t think I’d want to live in that world. What it brings to the picture is the same as what life itself brings – a tangle of endless threads, ‘the drunkenness of things being various’, as MacNeice writes in his beautiful poem Snow. That just about sums it up for me – go read it.