All the Bright Places: Film Vs Book 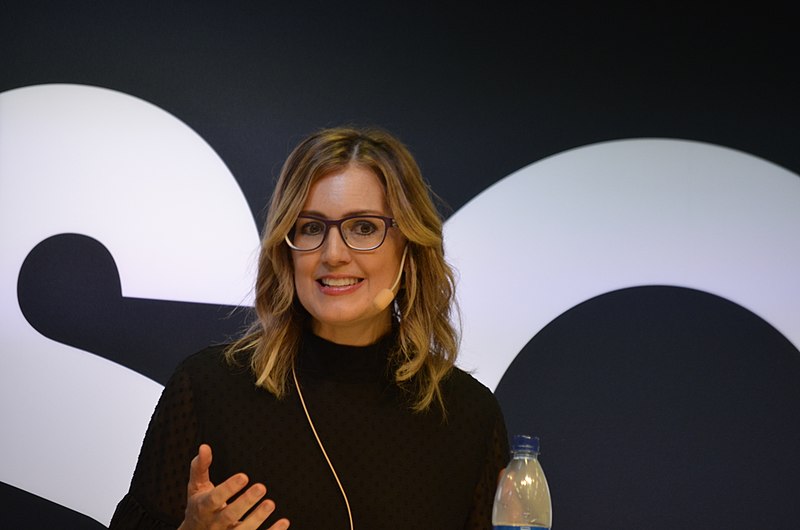 I’m sure you’ll recognise the title of this book from somewhere, even if you just can’t quite put your finger on it. The cover page, too, may be of familiarity if you have just so happened to walk into a Waterstones within the past year or two. All the Bright Places is a YA romance novel written in 2015 that took the market by storm; to deem it the new ‘The Fault in Our Stars’, as The New York Times writer Andrew Smith puts it, pretty much hits the nail on the head. It grapples with strong themes of mental health, including domestic abuse, bipolar disorder, grief and suicide, and depicts the blossoming of an unorthodox relationship between two high-school students who share similar struggles for very different reasons.

This YA novel is renowned for the abundance of rave reviews that follow it endlessly online, receiving a very admirable 4.37 on Goodreads from a whopping 257,000 ratings (and counting).  For me, though, the book didn’t quite reach every empty space it was looking to fill. I was left wanting more, despite reading it in one night, which is quite the testimony to how effortlessly Niven’s prose reads. However, some of the descriptions, in their effort to be blunt and hard-hitting, felt vapid and flat. This is particularly evident during Finch’s last adventure before he commits suicide – which, interestingly, was omitted from the movie – in the cryptic clues he sends Violet: ‘I am on the highest branch.’ ‘we are written in paint.’ ‘I believe in signs.’ I’m not sure if my status as an English literature student resulted in a meticulous over-analysing, however the content felt weak and the imagery seemed as if it were trying-too-hard to hold any sort of shape.

This, in a way, carried on through the movie: understandably, due to time constraints, a considerable portion of the plot and character backstories were cut; the movie also changed the first scene from a meeting at the bell-tower in school to the bridge where Violet’s sister died. I began the movie confused and disappointed, as I found the opening scene in the novel woven with different dynamics of teenage life, paranoia, expectations and tensions all embodied in the watching, opinionated eye of the student body. This was exchanged for the silence of a dead road in the movie. Disappointing.

Nonetheless, Justice Smith’s portrayal of Finch may have differed from the book in race (Niven frequently comments on his stark paleness in the novel) and size (Finch from the book stands out for his height of 6’4), however Niven herself chose Smith and I think she did so shrewdly. He had all the chaotic energy conjured in the novel, like a bomb waiting to explode, perfectly juxtaposed by the reserved presence of Violet played by wide-eyed Elle Fanning. The emotion between them felt raw and alive, and the background of Indiana (though mostly filmed in Ohio) enlivened their physical journey together with hues of warm orange and picturesque countryside that worked the beauty suggested within the novel into the film fluidly.

However, I think too much was lost in the harsh cutting of the plot to fit for the Netflix adaptation: we lost the familial tension between Finch’s mother and Violet’s parents so aptly and vehemently penned. We lost Violet’s connection with her sister symbolised in the online magazine they used to write, bringing a greater sense of individuality and personality to Violet than the girl-who-lost-her-sister stereotype she seems conform to for most of the movie. We lost Finch’s first attempt on his own life, which would have made for a dramatic, heart-racing scene in which he runs to a hospital after overdosing on sleeping pills, demanding his stomach to be pumped. Following this, Finch turns his bedroom into a sterilised, cold blue, playing upon the metaphor of the colour of his eyes, his love of swimming – foreshadowing, of course, his later drowning – and the lasting effect of his short but salient hospital visit. In the movie, Finch frantically paints a section of his red walls blue, but the metaphor loses its totality and power, and had I no prior knowledge from the book I would’ve been confused watching the scene unfold.

Ultimately, if I were to recommend either book or film, it would certainly be the book. Unsurprisingly, it reaches crevices within the reader that the film does not even come close to touching, and unravels an unexpected but sincere relationship with nimble, gentle fingers. In spite of this, it definitely has elements of imperfection, and certain clichéd scenes warrant an eye-roll or two. However, due both to the range of serious mental health themes in the novel, a few of which the film does not acknowledge, and the almost certain fact that you will shed a tear or two at its ending, I would only pick up the book if it is a feat that you feel you can handle. If not, maybe give something else on Netflix a go. Save for the romance between Smith and Fanning, the movie is barely worth a mindless midnight binge.

The featured image is free for use with this Creative Commons license: https://creativecommons.org/licenses/by-sa/4.0/deed.en