Connie Bettison in Literature on 4 December, 2015. 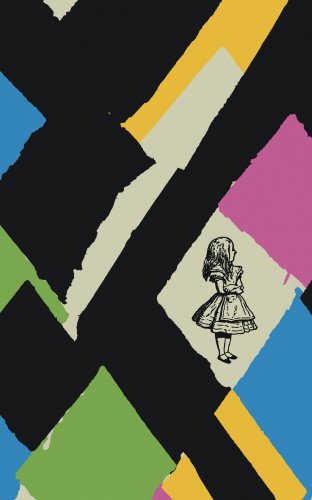 All texts age. Some age gracefully and we appreciate them in a particular way for encapsulating the little bit of history they grew from. Others don’t, and we squirm at the author’s reflection on issues of, say, race or gender, with a sense of relief that the world we live in now has made some progress away from those kinds of opinions. Then there are the others which, though of course attached to their historical origin to a certain extent, seem to be in a different class of timelessness. Alice’s Adventures in Wonderland is one such text, and it has recently celebrated its 150th anniversary of publication. This article seeks to make some head-way in considering how we might recognise such a text’s anniversary. With Alice, this tone of timelessness at times feels slightly illogical (unlike anything else in the books of course…) as there are several references that feel like they ought to be timed – it is part of a trend of Victorian nonsense texts – but these can be equitable with the ‘dated’, yet simultaneously enduring features of fairy-tales.

Perhaps, we might stretch this similarity and treat Alice as a fairy-tale: a slightly newer one, granted, than ‘Little Red Riding Hood’ or ‘The Emperor’s New Clothes’, but with similar traits. Fairy-tales are often very visual with bold characters that we can recognise without a specific visual prompt (despite the influence of Disney), and this is also true of Alice. Their distinctive and very peculiar fairy-tale images are more deeply memorable than our recollections of the film adaptations from Disney or Tim Burton, or even John Tenniel’s inimitable original illustrations. The white rabbit with a pocket-watch, the game of croquet with flamingos and hedgehogs and the disappearing Cheshire Cat are just as visually memorable as a wolf posing as a grandmother in bed or an emperor unknowingly parading down the streets of his kingdom completely undressed. It’s because of its timeless, fairy-tale qualities, that celebrating Alice’s anniversary feels a little off-kilter. That’s not to say that we should go full-Wonderland and only celebrate its ‘Unbirthday’, but there’s certainly a difference to explore.

Other literary anniversaries this year include the 100th anniversaries of Kafka’s ‘The Metamorphosis’ and T.S. Eliot’s ‘The Love Song of J. Alfred Prufrock’ and the 200th anniversary of Emma by Jane Austen. These anniversaries might get us thinking about what ever happened to the prolific short story, the trajectory of poetry since Modernism or how Austen’s influence over the novel survives to the present day. But when it comes to Alice, what do we think about its 150th anniversary? Fairy-tales are a slightly more static genre and have not changed so much through time as the other genres I just mentioned have done. They tend to stand outside of the world of genre in terms of temporal development, and for the most part, Alice does the same.

But that’s not to say Alice is thoroughly a traditional fairy-tale; Carroll refused to include morals in his children’s stories. This is quite the step away from usual fairy-tales, which are often built around a moral lesson. We might then consider that the Alice books have created a rift in the timelessness of fairy tales given Carroll’s change in opinion. However, if we look at what came next, this particular influence doesn’t appear to have travelled far. While Frank Baum wrote The Wonderful Wizard of Oz in 1900 and took inspiration from Carroll’s works (The cyclone taking Dorothy to a magical land is suspiciously like a certain rabbit-hole), learning moral lessons is a strong aspect of Dorothy’s adventures. Another children’s author writing after Carroll is Beatrix Potter. Like Baum, Potter read and enjoyed the Alice books before going on to write her own children’s stories. However, it seems to me that morals are rife in her stories as well; Peter Rabbit ought to have listened to his mother about the danger, Jemima Puddleduck shouldn’t have trusted strangers and Benjamin Bunny should’ve been less careless.

Thus, we might believe that Alice’s Adventures in Wonderland is a stand-alone, non-traditional, moral-free fairy-tale. But then we might ask, can it only be free of morals because it’s a nonsense text, and there’s no logic for us to impose any morals upon? What about other nonsense texts; does Edward Lear’s ‘The Owl and the Pussy-Cat’ have a moral? Is that a fairy-tale? I appreciate I might be raising more questions than I’m answering, but in the spirit of the logic of the Alice books, I am happy to do so. While often resembling a fairy-tale, the Alice books are exceptional within literary history, and it can be difficult to draw up links to the rest of the canon and we may see them as shining anomalies in the history of children’s literature and fairy tales.