A Trick? Or Treat? Tim Burton’s ‘A Nightmare Before Christmas’

Micaela Tapsell in Literature on 29 October, 2020. 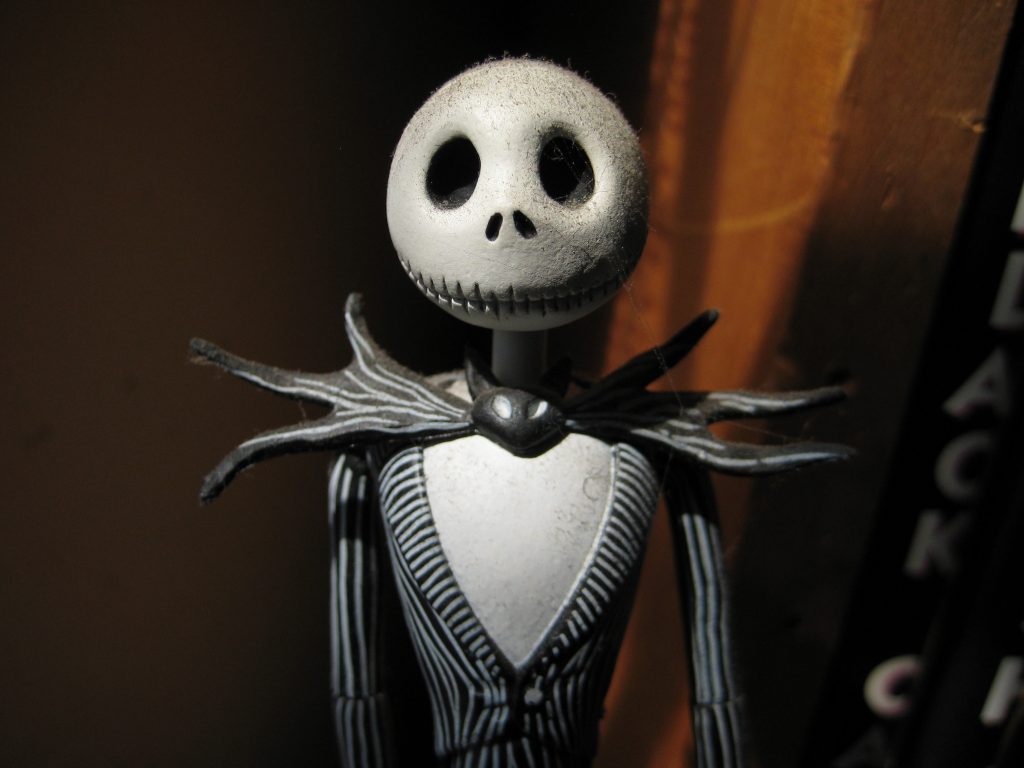 Tim Burton’s The Nightmare Before Christmas transports us into an entirely new world where the landscape is both dark and inherently unrecognisable. First released in 1993, the film now continues to make its annual reappearance in most homes come October. The bony protagonist named Jack Skellington loses his way and stumbles upon preparations for Christmas where ‘there’s children throwing snowballs, instead of throwing heads, they’re busy building toys and absolutely no one’s dead.’ Goblins, pumpkins and ghouls are suddenly replaced with jolly lights and Santa’s helpers who seek to bring peace and goodwill to men. The film presents the clashing meeting between Halloween and Christmas through Jack Skellington’s diabolical scheme in which Santa is kidnapped. In a commentary to the film, Burton himself explains that the plot was inspired by the collision of holiday store decorations in which Halloween annually intrudes on Christmas.

Although the film is rated PG and therefore suitable for children, its grotesque shadows and use of stop-action animation has intricate cultural influences. The scenes throughout Halloweentown depict a barren wasteland that is paradoxically both dead yet brought to life. This creates an unnerving feel of unreality that resembles German Expressionism; in typical Burtonesque style, the mood is defined by movement and tone rather than any attempt at recognisable realism. This is particularly resonant in Oogie Boogie’s entrance into the scene; we are met first with his shadow before his physical reveal in such a manner that resembles the renowned Nosferatu’s Silhouette. The ambiguity of the landscape within the film by no means infers that the production was any less complex; approximately one minute of the movie took about a week to shoot and resulted in a film comprised of 110,000 unique frames.

The film endures as one of Burton’s greatest achievements in delivering the darkness of horror without fear. Indeed, Walt Disney Studios initially insisted that Jack Skellington’s empty eye sockets should be filled with friendly eyes so that he would be able to connect emotionally with the audience. Burton refused and in doing so proved that his anti-hero was not frightening but in fact already worthy of audience support. Burton succeeds in subverting the conventions of animation cinema. Nightmare deconstructs the familiar heroism complex and allows the frightful Jack to embrace an evil scheme, rather than the typical world-saving agenda. We find ourselves not only rooting for the ruthless Jack Skellington, but more-so feeling at home in eerie Halloweentown.

The movie is comprised of contrasts; the darkness of Halloween against the festive lights of its Christmas counterpart, the musical cadence of the major key against the more haunting minor key, Jack Skellington’s occupational depression versus his ambitious take-over of Christmastown. Revelling in Halloween and Christmas festivities, The Nightmare Before Christmas is a must-watch if you find yourself seeking some seasonal procrastination.