A Spaghetti Western of English Literature at Durham

Laurie Atkinson in Literature on 26 February, 2014. 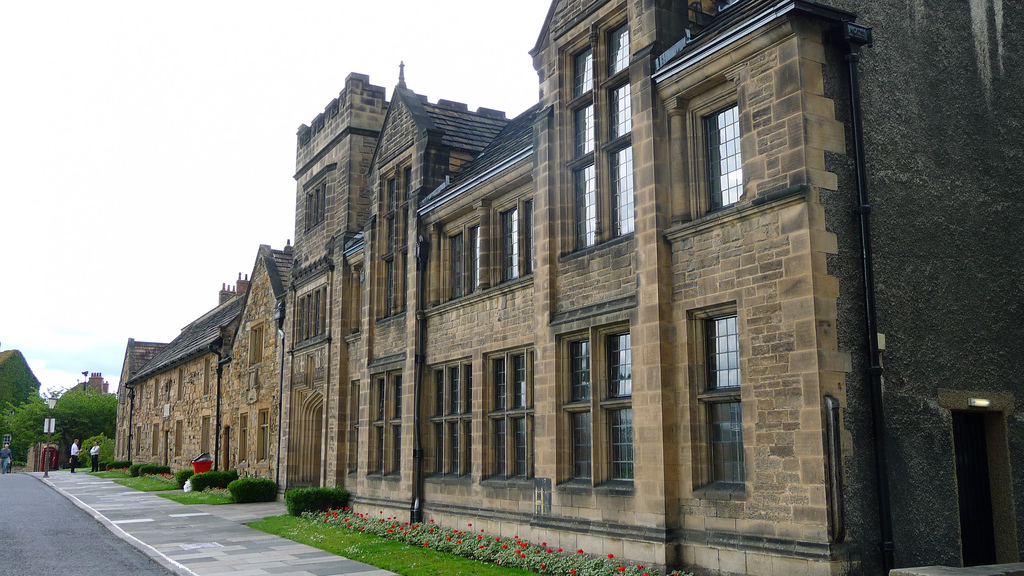 A Fresher’s Perspective of English Literature at Durham

Half the year is behind us, and I’m sure I’m not the only first year English student wondering where it has all gone (actually, I have a bookshelf badly in need of reinforcement if you’d like me to show you). There have been the highs, there have been the Crusoes (get it?); now the time seems right for a little reflection on the good, the bad, and the downright unbelievable of English Literature at Durham…

Homer – The word epic doesn’t describe it. I chose the ‘Classical and Biblical Background to English Literature’ module fully expecting I would not be able to read all of the first term texts. Plato, Sophocles, maybe the Aeneid for good measure – I was prepared to compromise. I tentatively read the Iliad a few weeks before getting to Durham… and so began my love affair with rosy-fingered dawn. Yes, the Homeric Epics are undeniably ‘doorstops’, yes, they have been the cause of many a tutorial tumbleweed, but they’re the western canon! I haven’t read a novel, or a poem, or a play since which hasn’t shown some classical influence. I think as Durham students we should just be thankful to attend one of the few universities that includes these texts in its English Literature course.

Old English – Had you asked me my favourite thing about English Literature a year ago, Anglo-Saxon poetry certainly would not have been the first thing to come to mind. Beowho? It’s understandable; pre-Chaucerian texts aren’t taught at A-Level, certainly not GCSE, we tend to leave our Heroic Age education in the hands of Peter Jackson. But you don’t have to study Old English poetry for long (even in translation) to realise that to neglect these texts is to ignore a vast swathe of fantastic English literature, the literature that makes England. These works shouldn’t merely be the reserve of antiquarians, nor even Heroic Age students. So go, bold shield-bearer, seek them in the House of Leaves (ahem…library). They hold a raw power unlike any other poetry I have encountered and address themes of loss, kinship and existentialism that I believe have as great an imaginative potential today as a millennia ago.

No January Exams – Christmas is my own again! It was whilst ripping open a crisp new edition of the King James Authorised Bible (just what I wanted) that it dawned on me that this was the first time in four years I didn’t have January Exams to revise for. The elation was…indescribable. Those cold nights by the fire reading Paul’s Letters to the Corinthians were the best I have spent in many a long year.

The English Language and its History – This module has definitely been the biggest surprise of the course so far. I didn’t have much to go on before getting to Durham (did anyone?), and the reading list certainly wasn’t encouraging. I found myself filled with a dull sense of doom upon reading the words “The Library has been asked to place all these works on 3-day loan” followed by a side of non-descript textbooks, each with a title bearing some variation of the phrase “A History of the English Language”. How many histories were there, and how many English Languages? Who were these Pyles, and Hoggs and Baugh & Cables (and why did they all have such hilarious names!)? An ill-advised click on DUO’s ‘Basic Principles of Historical English Grammar’ during Fresher’s was not a good antidote to a hangover.

But how wrong I was (or should that be ‘am’?). Language lectures have become one of the highlights of my week. I’m still glad I don’t have to sit an exam in it, but the module covers such a broad range of topics that there seems to be something to interest everyone, and it complements the Heroic Age and Introduction to Poetry beautifully. Vikings, Inkhorns and Old English Christmas carols – what more could you want? And the best thing about The English Language and its History? Dr Ashurst…need I say more?

Those long days – I doubt there is an English student at Durham who wasn’t a little shocked by the huge shift from directed to independent study between A-Level and degree. Now, I’m not one of the cynics; the smug scientists have told me all about the premium rate I pay for lectures compared to their ‘bargain’ courses,but, frankly, I don’t care. English is a reading degree and I spend my days… reading. That doesn’t mean there haven’t been long afternoons when I’ve looked up to the ceiling and wailed “will Bleak House never end?” Nor have week long hibernations, punctuated only by brief excursions to the Library or Elvet Riverside, done much for my winning student’s complexion. I like to think of myself as Crusoe-esque in my predicament; a well-meaning literary adventurer marooned in an endless sea of paper. Perhaps, one day, I’ll record my fascinating seclusion, and some poor English student of the twenty-fifth century will spend their afternoons wading through it.\

Automated Shelves – Ok, so this isn’t exactly specific to English Literature. In fact, this might just be me. I never went on an introductory library tour. Should I have? Such is the question that echoes through my mind whenever I recall the dim memory that was Fresher’s. Perhaps then they would have taught me how to use the automated shelves. It’s not hard, I watch third years doing it all the time. Why must my brief forays into the ground floor of the Bill Bryson be plagued by the constant dread of those screeching red lights? Why must every reference trip feel like braving the waste disposal unit of a Death Star space station? Ah well, sooner or later a kind librarian takes pity on me and I can put off learning how to use them a few weeks longer…

Timetabling – On a ‘heavy’ week of tutorials and lectures I have nine hours of contact time. Nine hours that could be happily accommodated anywhere in the great gaping holes of my timetable. Why is it then that each Monday afternoon I find myself sprinting, stomach groaning, notes flying, from the Palatine Centre to Elvet Riverside in order to make the world’s worst timed tutorial? As if battling the Church Street throng throng wasn’t disconcerting enough (those chemistry students are massive!), somewhere along the way I have to abandon my thoughts of Chekhov’s approach to tragedy to consider the presentation of woman in skaldic verse. And I haven’t even had lunch yet! No doubt any thirty-hour-a-week science student would scoff at such a piffling complaint, but my lack of contact hours is the very reason I want to make the most of the few I have, rather than stumbling in fifteen minutes late fighting off an asthma attack!

The highlight of English Literature at Durham so far? Michaelmas, the final week. Mouths drop agape at the English Society’s ‘Frost’ event as Professor James closes the evening with a solo acoustic rendition of ‘A New England’. This is what I pay my tuition fees for.