Tomb Raider – Tutankhamun’s story is not quite finished 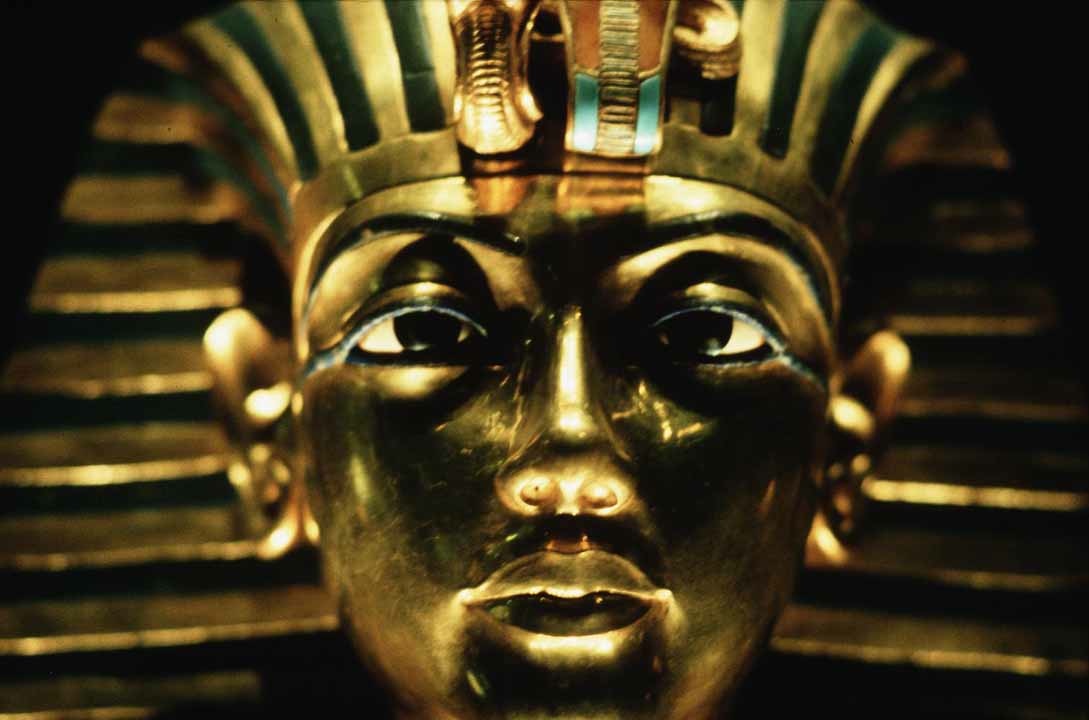 With enough drama to drive a six season soap opera, Pharaoh Tutankhamun’s life was plagued by overpowering advisors, religious upheaval and an early death. The boy king remains famous to this day mainly due to his surprisingly young death and the miraculous discovery of his tomb. Its untouched nature was amazing since he was buried in the Valley of the Kings, an area frequented by grave robbers and, on top of this, a lack of records suggested it was lost for good. Its discovery in 1922 sparked a worldwide obsession with Ancient Egypt, heightened by his beautifully preserved death mask and the supposed ‘Curse of the Pharaohs’, inflicted upon anyone who dared disturb the pharaoh’s peace (but more on that later…). Today, the fascination has been regenerated as further scans on the tomb reveal two unopened chambers, offering the possibility of another time capsule of Ancient Egyptian wealth or perhaps even the mummy of the missing Queen Nefertiti! As with all historical mysteries, we must look to the past to answer our present questions.

King Tut’s importance reaches beyond his tomb – he was the last pharaoh of the eighteenth dynasty (roughly 1543–1292 BC). With no living offspring when he died, people seemed happy enough to welcome a new dynasty – especially considering Tutankhamun was the son of a strongly disliked ruler whose policies lingered post-mortem. His father was Pharaoh Akhenaten, who attempted to change Egypt’s polytheistic religion by creating Aten, a celestial being who ranked above existing gods. While starting as a relaxed view, over time he began to ban idols at court, moved the capital to the new city of Akhenaten and determined that he was the son of Aten rather than Amun, highest of the old gods. The first chance Tutankhamun had, he dismissed his father’s legacy by changing his name from Tutankhaten (‘Living Image of Aten’) to Tutankhamun. While Tutankhamun (aged only nine at his accession) reverted many of these policies, his short life yielded few successes. Pharaohs of the nineteenth dynasty destroyed records, art and temples to erase the memory of Akhenaten and, by default, that of Tutankhamun too. A chasm in Egyptian history therefore emerged – and was solved only by the discovery of his tomb, finally giving insight into a period the rest of the ancient world wanted to ignore.

Another sensation that arose around the original discovery was how young the mummified pharaoh was. Dying aged nineteen was unusual even by ancient standards, and so the fleeting nature of Tutankhamun’s existence has been long-debated. From the physical condition of his body, archaeologists could deduce he had suffered from many genetic conditions, brought on by inbreeding within the royal family (his parents were siblings and his own wife was his half-sister and cousin). His afflictions included scoliosis, a slight cleft palate, and Köhler disease. However, it was not these genetic faults that eventually killed him – rather, it seems to have been a combination of a broken leg and malaria, the oldest evidence of the disease in history. His skeleton shows a broken left femur that became infected, exacerbated by other complications. Although hypotheses continue to arise about his death (ranging from assassinations to sickle cell disease), this is the most widely agreed scenario.

One thing can be concluded, however: his death was sudden. There are no records of his last days, and the structure of the tomb suggests hastened burial preparations– the paint was wet when the tomb was sealed, and it was smaller than expected for a pharaoh. Usually, every wall would be decorated with motifs from the Book of the Dead, but only his burial chamber was, and the styles of art suggested it was meant for another private individual. It was later discovered that the tomb of Tutankhamun’s advisor, Vizier Ay, who ruled for a short period in the following succession crisis, was actually meant for him, since the type of art matches his period. This demonstrates how much of Egyptian history can be told by a few burial chambers, all thanks to the men who entered Tutankhamun’s tomb that day in 1922.

Howard Carter, a prominent Egyptologist at the time, attempted to excavate the spot where a few embalming jars with the pharaoh’s name on had been found. The entrance was covered by workers’ huts built in the following Ramesside dynasty, which preserved it, and despite two robberies centuries before, the burial chamber hadn’t been entered since it was shut. It took Carter’s team eight years to clear out the tomb due to his own meticulous note-taking, and with the press sensationalising the find, superstitions soon emerged about a curse attached to anyone who dared enter the pharaoh’s tomb. Such a rumour was only validated by the actual deaths surrounding the excavation. A messenger had reportedly seen Carter’s canary killed by a cobra (the symbol of the Egyptian royal family) in the Egyptologist’s home, while the mission’s main funder, Lord Carnarvon, died from an infected mosquito bite after visiting the site. A paperweight, made from a mummified hand with a scarab bracelet and inscribed with a curse, was given to one of Carter’s friends, who later suffered from exactly what was cursed upon him: a fire in his home and a subsequent flood. Even though Carter was himself sceptical, he wrote in his diary about seeing of jackals (representatives of the god of the afterlife, Anubis) after opening the tomb, a first in his thirty-five-year career in Egypt.

Almost a century later, the excitement of discovery persists as Nicholas Reeves’s scans suggest the presence of other sealed chambers on the site, seconded by a Japanese radar specialist just last week. Hirokatsu Wantanabe’s scans provided the evidence for the Egyptian Antiquities Minister to state he was “ninety percent positive” there was at least one unopened chamber. Reeves is a prominent archaeologist who received his Ph.D. right here at Durham University.

We now find another clash of hypotheses as archaeologists predict what might lie within these chambers. The uninteresting answer is a sparse room with few ornaments. A more interesting scenario would be a room full of treasures and hieroglyphs. The best possible answer would be the missing mummies of Pharaoh Akhenaten and his wife, Queen Nefertiti. Reeves supports this possibility, which would clear up the messy family tree of this era and put an end to another mystery: tomb KV35.

This tomb was a massive find (with more than fourteen mummies encased) belonging to Amenhotep II (King Tut’s great-great-grandfather). It too was situated in the Valley of Kings and within it lay Amenhotep’s ancestors and descendants, most successfully identified by genetic testing. Only two mummies remain anonymous, including the ‘Younger Lady’ – the ‘Older Lady’ has been largely accepted as Queen Tiye, Amenhotep’s wife. Debate still rages as to whether these are the remains of Nefertiti, as was controversially attested by Joann Fletcher, after studying the tomb for twelve years with a forensic anthropologist.

Her supervisor, Dr. Zahi Hawass, instead believes it is another woman. There was even a time that she was believed to be a fifteen year old boy! It is, however, generally decided that ‘The Younger Lady’ is indeed Tutankhamun’s mother by way of genetic testing – but whether she is his father’s wife, Queen Nefertiti, remains contested, since the inbreeding of the royals gives us fewer genes from which to identify a particular individual. If Queen Nefertiti’s mummy is found behind these sealed chambers, it would conclude that the Younger Lady is not the queen and so Tutankhamun’s mother is an unknown woman, whose coffin doesn’t even bear her name.

I could go on all day about the theories of her identity and how this places King Tut in relation to his possible father/predecessor, but these are complex and confusing issues that demand more than a couple of sentences. With so many ideas floating around, how do we know what to believe? Well, that’s just the ever-shifting sands of human history, written and rewritten with every new find. For now, we simply need to wait for the next game-changer, hopefully to be found in these lost chambers.