The Sami Peoples: A Story of Nature and Persecution 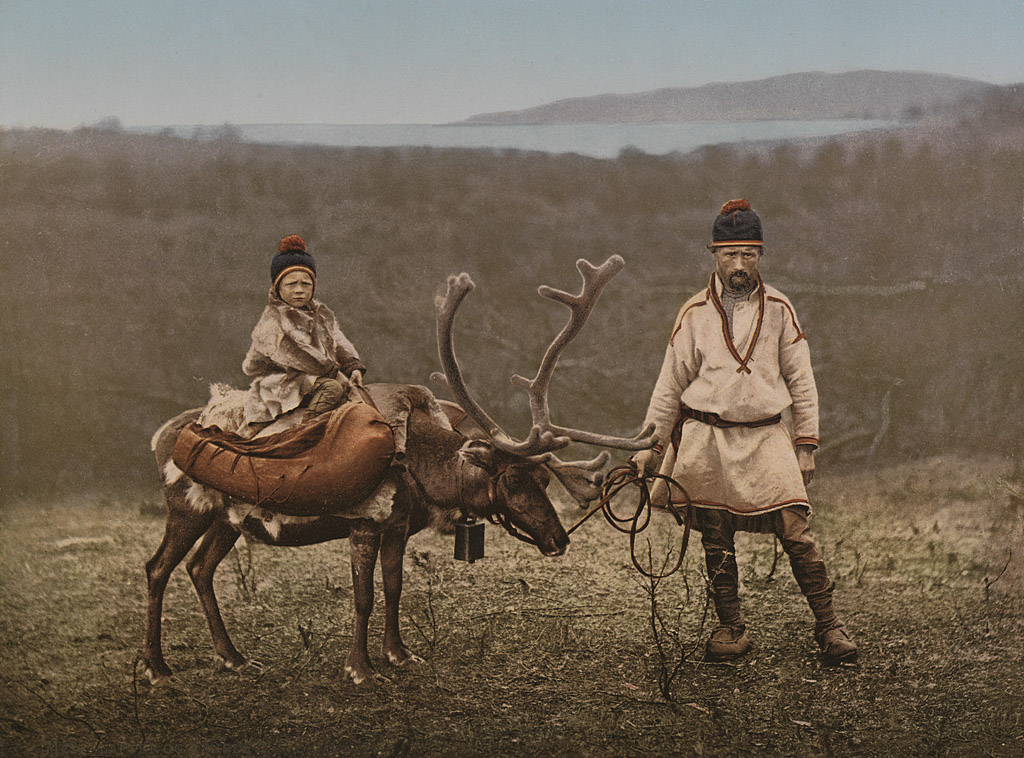 Sami singing is guttural and sometimes even jarring. It tries to capture the forms of nature in its melodies: trees, rivers, or wind. Commonly called joiks, they are sometimes sung in honour of people or events. Just like those who sing them, joiks are centuries old. People of Norway, Sweden, Finland and Russia, the Sami have inhabited a region now called Sápmi for over eight thousand years. Known as ‘Lappland’ by some, Sápmi is still home to over 160,000 people of this remarkable and ancient community. In their nomadic lifestyle and even their Lavvu – pointed tents which are much like a tipi – the Sami people have been likened to Native Americans. In much the same way, they provide an insight into mankind’s past. Their shamanism, which has been preserved in oral tradition and archaeological remains, tells of a time before Christianity. This was a time when worship was about the landscape and nature. Sieidis provided focal points for such worship; jutting rocks and anomalies where the spiritual world could be accessed. A colourful host of spirits were woven into the fabric of shamanistic folklore. Figures like Bieggaålmaj, the ‘wind god’, the Akka (female spirits) and the Stallo (clumsy, man-eating giants of the wilderness) have been kept alive in Sami tales and song. Before they were effectively banned by Christians in the seventeenth century, Sami shamans (noaidis) would invoke the spirits for their protection and blessings, falling into trance like states and singing with their iconic drums.

Just as their lifestyle reflects those of some Native American tribes, so too are such shamanistic rituals and beliefs similar to that of Siberian peoples, the Sioux and the Inuit. And one could be forgiven for mistaking their joiks for Native American chanting, the two sound so alike. Perhaps this reflects something instinctual in worship and song; that the natural world should be held in reverence and that the human voice is the most basic instrument. Or perhaps this is a whisper of something more ancient. Perhaps the similarities in culture and spirituality speak of a time before mankind set foot in North America. It is after all believed that the first humans in America arrived from the Bering Strait, and given the relationship between Sami and Siberian peoples, perhaps all these similarities trace a path back to a time when these populations were not so distant from one another.

The recent history of the Sami is one of persecution. Since the 15th century, reindeer hunting was intensified – and so the Sami had to adapt their way of life at a time when Russia, Norway and Sweden began to impose taxes and control them as a people. In 1542, Swedish King Gustav Vasa declared that all unclaimed lands belonged to God and the Swedish crown. The lands of the Sami in Northern Sweden became officially ‘Swedish’ and by the 1600s, Sami culture started to be crushed. In the seventeenth century, many Sami were forbidden the right to use Swedish lands since they could not pay their taxes. Forced Swedish settlements began encroaching on Sami lands. One attempt to make sense of the people was the 1673 book Lapponia, translated from Latin into English, German and Dutch. The Swedish translation would come in 1956. Unfortunately the book had little impact on the attitudes towards the indigenous people; its purpose was to dispel propaganda that Sweden was using Sami black magic on the battlefield.

Then ‘Christianisation’ fell upon the Samis with brutal force. Although Scandinavia had been Christianised by the twelfth century, the majority of the Sami weren’t converted until the eighteenth century. Throughout the 1600s, noaidis were burnt as witches and Sami shamanism condemned as ‘sorcery’. In the 1720s, Norwegian efforts to convert the Sami gained new momentum. Thousands of shaman drums were burnt, and as a result, only about seventy remain. The nineteenth century brought more misery. New borders restricted the Sami’s seasonal movements. Sami communities were separated from one another and lack of movement meant overgrazing. Due to this, reindeer were slaughtered en masse. Schools were banned from using the Sami languages. In 1880 it was decreed in Norway that only Norwegian was to be used in education, and then again in 1936. Sweden, Norway and Finland tried to assimilate the Sami through schooling and restricting the use of language; children were torn away from family to attend boarding schools where no Sami was taught. Only recently have curriculums been developed to promote Sami culture and begin to undo the damage done.

But just as Native Americans suffer injustice in the present day, so too do the Sami. Despite changes in education, the Sami seem to still be suffering from a slow process of assimilation and dissolution. School children are bullied simply for being Sami. In Finland, the government seems reluctant to protect Sami territory and has not ratified the ILO Convention 169 – a major international agreement recognising the rights of indigenous peoples. This means that the land vital for their indigenous practices is open to exploitation.

Neither does Sweden recognise the rights of these ancient people. Land in the north of the country – land vital for the grazing of reindeer upon which many Sami still depend – is being preyed upon by mining companies. Modernity here would be brutal and crude; if the mining companies have their way, then open pit mines will cleave the earth. Railways have already, according to some Sami, killed hundreds of reindeer. This isn’t just about carving out the ground, since the roads and railways built to access the remote mines will create unnatural barriers across the reindeers’ paths. 10% of the Sami still rely on reindeer, so as a people they won’t die, but starve their reindeer and you take away a vital part of their heritage.

These people who inhabit the frozen fringes of our continent continue to be repressed. They remind us of a more primitive time, of spirits and myths but also of nature and respect for the life-giving landscape. Modern industry is set upon drilling and draining the earth of every last drop; a shame, then, that those who respect the earth and are thankful for what it provides, should suffer for it.