‘The Darkest Side of Female Activism’: Female Perpetrators of the Holocaust and their Erasure from History 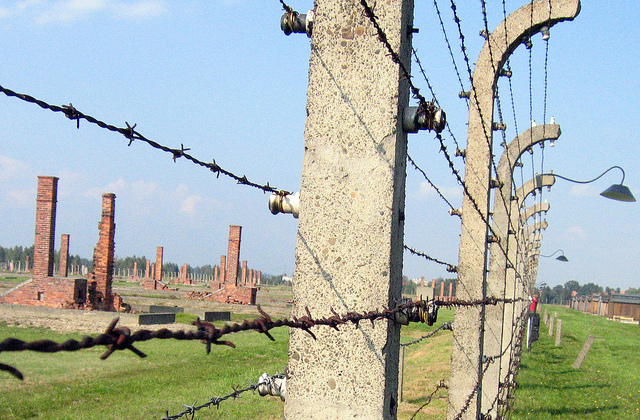 Zoe Williams asked in a recent article: ‘What’s the best way to get written out of history? Be a middle-aged woman’ citing the example of Mo Mowlam and her forgotten influential political work. It’s true enough that women are often forgotten faster or simply written out of history, especially in the cases of those who aren’t born with social, monetary or racial privilege.

But alongside women’s relative absence in history as positive agents is their absence as criminal ones. I came to this conclusion whilst researching for my latest history essay. For context: I am evaluating to what extent Holocaust perpetrators were ‘ordinary’. To assess this, I obviously need to define ‘ordinary’ and what possible demographics that definition might include. Naturally, comprising a little over 50% of the human population, I turned to study the role women had in the Third Reich.

Here is what I discovered: a substantial comparative lack of academic work on women as perpetrators. To exacerbate that, what material I did find was mostly not provided by Durham University library. Refusing to ignore half the scope of my study (the female half), I scraped what little I could get from Durham’s libraries and then bought what else I needed myself.

I’ll start by saying that this analysis has been limited by my inability to shell out hundreds of pounds for all the books I would have used had they been accessible. But equally, had they been accessible I may have never written this article – because the university’s complicity is that the study of women as perpetrators seems not to be an important enough topic to provide extensive material on. Whilst I acknowledge that the majority of killing was done by soldiers and police (mostly men), to assume that half of the Third Reich was apolitical, innocent and uninvolved is naïve. This is especially true when popular opinion on Nazism has evolved to believe in the wider responsibility of German society, those in a long, bureaucratic chain, not just those who pulled the trigger. Julius Streicher, editor of Der Stürmer, was sentenced to death for his anti-Jewish propaganda that paved the foundations for mass murder, despite never laying hands on a victim himself. Whilst I cannot speak for Der Stürmer particularly, I can say that women were documented in secretarial roles all over the Reich, including to ‘desk-murderers’ and propaganda men like Streicher. Their roles were not limited to this but included many careers within the war machine: from teachers to radio operators to wives. Those few who were exceedingly cruel like infamous camp guards Irma Grese and Ilse Koch received the majority of public and legal condemnation, whilst the half a million women who occupied the Eastern ‘bloodlands’ have hushed up their tales, or had them hushed up. 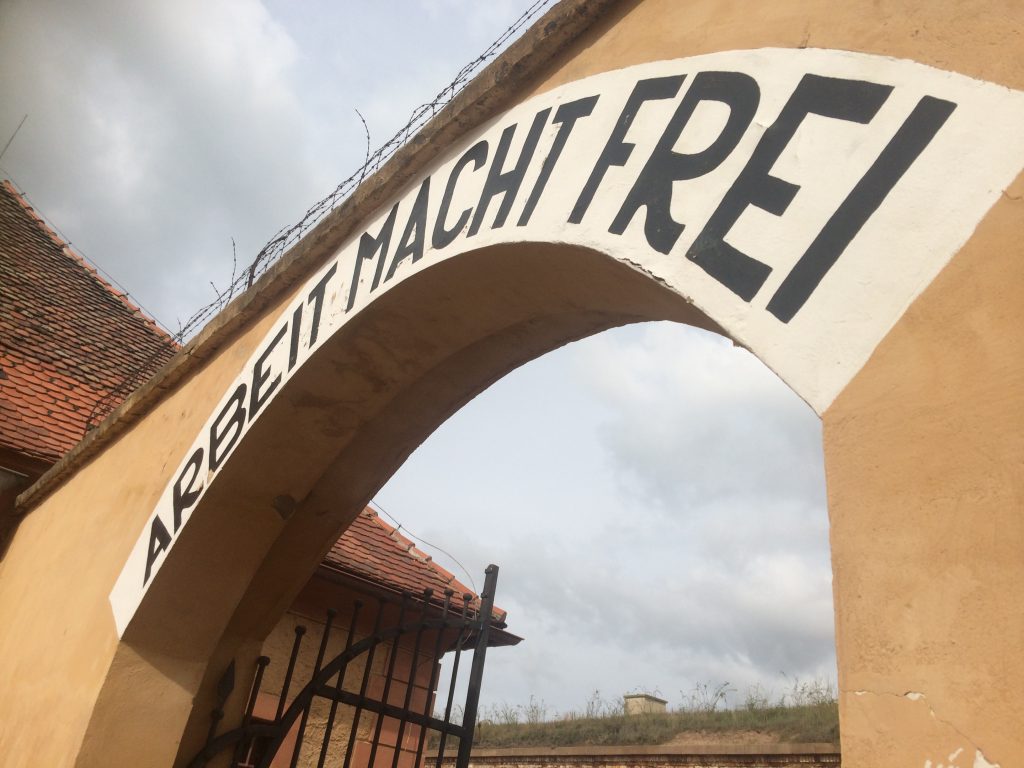 Fortunately, within my financial capabilities was Wendy Lower’s book ‘Hitler’s Furies: German Women in the Nazi Killing Fields’, as well as a few of her articles dotted in Durham’s archives. Intriguingly, she tells a tale of sexism that in this case has not only silenced much of the darker history of 1940s German women but has allowed for the creation of positive myths to overwrite it. Rather than viewing German women with suspicion, the idea quickly came about that German women charmed the Allied soldiers after they defeated Germany, that they were the pinnacles of German society that fought the Nazi rot and gave victims of the regime what little mercy they received. To what extent this is true, I don’t know. But is it entirely true, an apt description for every contemporary German woman? Not at all.

My personal theory is that the traditional concepts of women as gentle, passive, delicate and maternal was not one that could easily be married with Holocaust crimes. Would traditional views of femininity be challenged, or would culpability? The latter can certainly be argued, especially in some specific cases. Lower examines the case of Erna P., a wife of an SS Untersturmführer, and her role murdering six Jewish children ages 6-12. In reading the recorded interview, Lower argues that ‘one senses in the written record (the interviewer’s) outrage that a mother could commit such cruelties against children’ – as a result, perhaps tactically, Erna appeals to her feminine role saying ‘I seldom came into contact with other women, so that in the course of this time I became more hardened, desensitized. … I wanted to show [the SS men] that I, as a woman, could conduct myself like a man’. Despite insisting that her crimes were her own, Erna was given a reduced sentence of life in prison as opposed to her husband’s death penalty as it was ruled she was acting under his influence. This is in spite of testimonies of utter depravity: ‘After I shot the first two children the others were at first shocked and began to cry. The did not cry loudly, they whimpered’.

Lower also argues in her book Hitler’s Furies that other women committed cruelties when taking the opportunities the war offered them to go abroad, where outside the repressions of the regime, they could advance their careers and act with superiority that they had never before experienced. In ‘sub-human’ Eastern territories women exerted considerable influence over other human beings that they could never do in Germany, which included the ability to execute them. The extent to which this happened I am not well-qualified enough to speak on, but the fact that the extreme patriarchal pressures of Germany had a role in their violence seems likely when the ideology of the Holocaust was based on beliefs of superiority and inferiority.

Attempts to explain women’s Holocaust behaviour as opposed to an explanation for all sexes may be problematic, especially due to the recent trend for using Evolutionary Psychology to explain murderous tendencies in humanity. However, what is important is to include women in studies of perpetrators and perpetrator psychology, as it broadens the scope for understanding and may reveal factors hitherto unseen. I think quite specifically to Stanley Milgram’s famous experiment in murderous obedience; the set up being the electrocution of a ‘learner’ by a test subject on the basis of incorrect answers to questions, spurred on by a scientist authority. The studies around this are too nuanced to explain briefly, but what must be said is that the majority of all test subjects were male. No attempt was made to see if there was a mean difference in the electrocution intensity depending on the gender of the test subject, and neither were the subjects equal numbers of men and women (assuming that gender doesn’t affect comparative violence). This seems to me to be a major oversight. Considering that historians and psychologists have poured so much of their time into evaluating the psychological, social and institutional factors promoting genocide, surely it only makes sense to investigate the perpetration responses of women when they can have such a different experience of the same societies?

The only meaningful conclusion I give to this article is that more research is needed into gender-specific perpetration if we ever want a rounded understanding of the Holocaust. Women were the mothers, daughters and wives of the men who more famously committed such atrocities, and it cannot be assumed that their role in their lives and decisions was irrelevant. This is not a proud chapter in women’s history and whilst some may prefer it lay dead, the mistakes of the past are more likely to happen again the less we understand them. I don’t believe men and women are fundamentally different creatures, and as such, I believe they are equally capable of greatness and atrocity; in both cases, they shouldn’t be ignored. 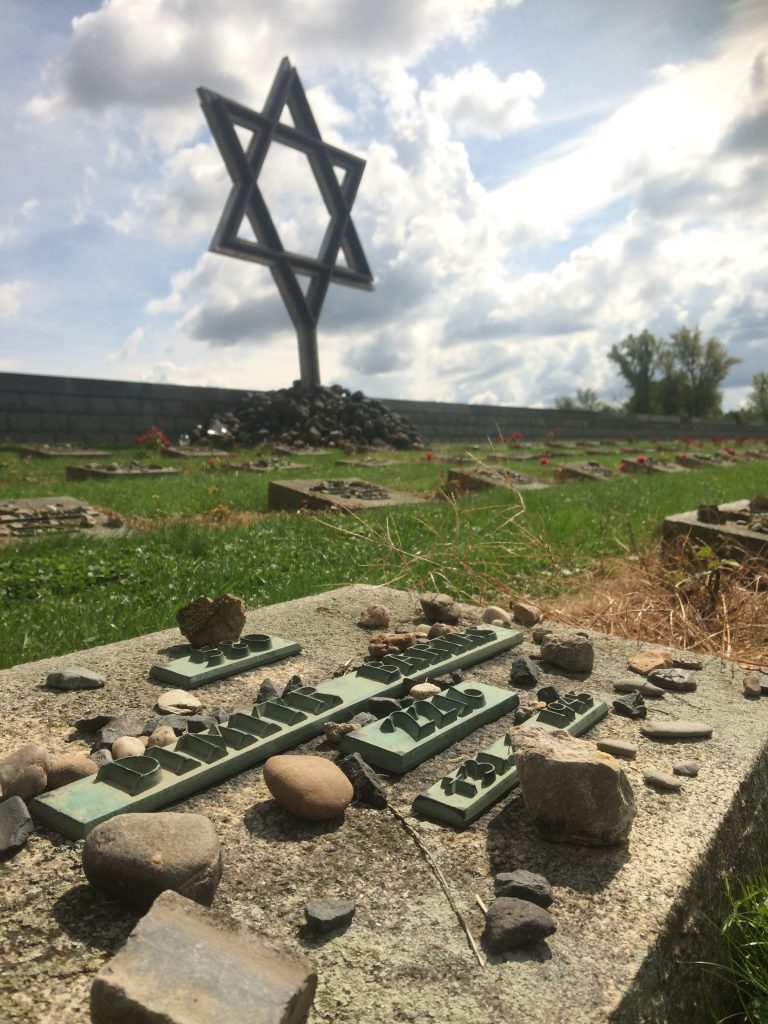