Thom Addinall-Biddulph in History on 5 September, 2015. 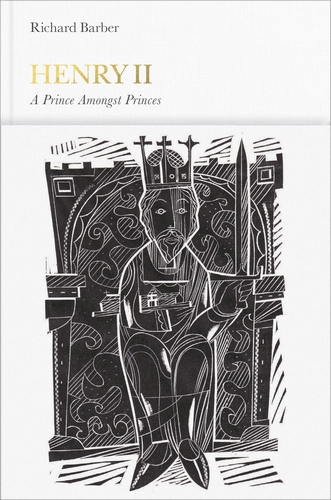 History, I have always thought (in a not remotely pretentious fashion), is the history of people when you get down to it. What else could it be? Societies, institutions, races, and nations are, after all, made up of people. The history of the physical world around us is a thing apart, and not usually considered ‘history’ in the standard sense – geology, chemistry, physics, perhaps, but not ‘history’. Of course one cannot reduce major paradigm shifts in human society to mere individual whim, but besides the study of individual people at every level of society as a way of understanding a historical moment, there are certain men and women who have wielded more influence over the direction of history – local, national, global – than is proportionate. Chief amongst these are the people who have led the world’s societies; this is why I’ve always been fascinated by leaders, and studied the American presidency for my doctoral thesis.

However, as one of my friends recently observed after an excited Facebook status about the new Penguin Monarchs series, it’s time for me to get reacquainted with British history after five years immersed in our former colony’s. (Though I’m still following the presidential race – over a year away though the election may be – a little obsessively.) This new book collection is an ideal way to do that. Penguin, long one of our greatest publishers and one of the most committed to intellectual study and rigour outside the university presses, has recently begun releasing a series of books on the monarchs of England (or, to be precise, England till 1604, then England and Scotland till 1707, Great Britain till 1801, and the United Kingdom from 1801 onwards).

Each monarch gets a book to themselves from William I onwards. Four of the pre-Norman Conquest Anglo-Saxon kings get a book too: specifically Athelstan (generally regarded as the first king of all England, though Alfred the Great was the first ‘King of the Anglo-Saxons’), Ethelred the Unredy (meaning ill-advised, not unready – know your Old English!), Canute (a Dane, I know…), and Edward the Confessor (a king and a saint). I’d personally have liked the other kings of the Houses of Wessex and Denmark to get a book, or at least an overview – I, and I suspect most people, know little of Edmund I, Eadred, Eadwig, Edgar I, Edward the Martyr, Harold I, Hardicanute, etc., and I’m surprised Harold II, whom William I defeated, doesn’t get one – but one can’t complain too much. From William I on, even the likes of Edward V, who reigned for eleven weeks and died while still a child, and Edward VIII, the Great Abdicator, get a volume. (One exception being William III and Mary II, who reigned as joint monarchs so understandably get a joint volume.) Oliver Cromwell will have a volume, though Richard ‘Tumbledown Dick’ Cromwell, his son and briefly successor, won’t.

Each book is hardback and around A5 size, with a plain white cover and the name and signature of the monarch in inset gold print: each has a roughly ¾ size dustjacket with a newly commissioned portrait of each individual monarch. The portraits are by a range of artists. Henry II’s is a pastiche of mediaeval images of monarchs; James II gets an impressionistic caricature emphasising the haughty sneer of the man whose Catholicism triggered the Glorious Revolution; George V, for some reason, has seemingly become a Simpsons character, as he is depicted with yellow skin in front of a picture of a rather theatrical pheasant. Each volume is written by a different historical expert, mostly from world-class universities. Elizabeth II’s is written by Douglas Hurd, the former Home and Foreign Secretary, who is apparently a historian too – evidently a popular venture for former Cabinet ministers, given William Hague’s similar interests, not to mention the historical volumes penned by Boris Johnson and Tristram Hunt, the Shadow Education Secretary, an academic prior to his election to Parliament.

Fourteen of the forty-five planned volumes have been released so far, a seemingly fairly arbitrary mix from William II via Edward VI and Charles I to Victoria and the current queen. The rest will be published continuously over the next three years. It’s slightly frustrating that they’re taking that long to come out; they could at least come out in chronological batches. It was helpful to follow the Stuart story through from Charles I to James II and William and Mary, and Victoria, Georges V and VI, and Elizabeth II will likely be a similarly useful group – though missing Edwards VII and VIII of course. Perhaps not all of the books have been written yet; perhaps Penguin didn’t want to flood the market with forty-five books at once.

What of the books themselves? They average between eighty and 120 pages, so they’re not exhaustive volumes like, say, the University of Kansas Press’ series of volumes on the presidents. However, they’re also not designed to be weighty academic tones, more introductions, sketches, overviews, each containing a list of further reading from the expert writer. It’s fair to say, as quite a history enthusiast, I knew a certain amount of the information in the five books I’ve read thus far. That said, this isn’t Cruel Kings and Mean Queens, the Horrible Histories volume from which I first learned all the English monarchs as a kid, or even a more adult-oriented encyclopaedia of our rulers, which would give at most twenty pages per monarch. Each is filled with details gleaned from the texts of the time (as well as inserts of colour pictures), and even if you’re a real British history buff it’s a useful refresher course, and you’ll still pick up new things. I don’t recall learning about ‘Squinting Betty’, William III’s mistress before, and the Henry II volume entirely changed my perspective on Thomas à Becket’s supposed martyrdom.

One minor critique might be that some of the authors clearly have historical bones to pick: the Charles I volume’s introduction devotes quite some energy to emphasising how unfairly almost all other historians have treated the hapless Stuart, while the William and Mary book skates dangerously close to political partisanship (especially about the Irish and the Scots) and Britannocentrism, while criticising other historians for their own partisan leanings. It’s difficult, presumably, to write a history book, particularly about inevitably divisive figures such as kings and queens, in a way that is characterful and engaging without letting some of one’s own views slip, but in that particular number in the series I did find myself balking at the writer’s comments on occasion. A final point worth noting is that they’re £10.99 RRP, so if you’re keen maybe try Amazon or other online stores rather than Waterstones.

Overall, though, if you’re interested in English/British history, and certainly if you want to get to know or reacquaint yourself with each of our monarchs without dedicating yourself to tens of thousands of pages of reading, this looks set to be an excellent collection. Now, given my family background over the Channel, I’m just waiting for someone to do the French kings… (And no, they weren’t all called Louis. Just eighteen of them.)