Josephine Butler: A Champion for Prostitutes 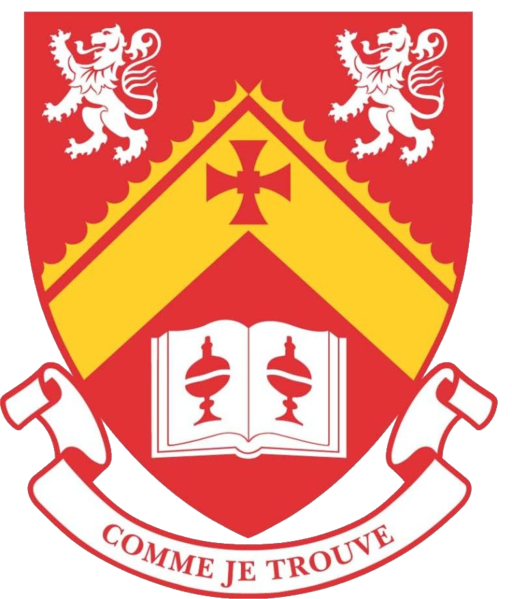 The crest of Josephine Butler College

When Josephine Butler stood against the Contagious Diseases Acts of 1864, she dubbed them “surgical rape”: a damning judgement of a draconian set of laws. At one public meeting, her description of the Acts caused a man to leave the stage in tears. Her ardent opposition to them brought her vilification and sometimes assaults. This disparagement embodied Victorian attitudes towards prostitution, and it was to a large extent down to her energetic commitment that the cause to repeal them finally succeeded in 1886. Prostitution in Victorian Britain was as messy an issue as it is today. By the 1850s, prostitution had come to be seen in England as “The Great Social Evil”; it was a black spot on the purportedly chaste society of Victorian Britain. Prostitutes were regarded as “fallen women” without morals. They inhabited, as many still do, a dark world of poverty and of violence; the world of ‘Jack the Ripper’, or Charles Dickens’ Nancy in Oliver Twist. Violence wasn’t the only cause for suffering among the women; a lack of effective protection led to venereal diseases such as Chlamydia and, perhaps most famously of all, syphilis becoming widespread.

The government became concerned at the rates of venereal diseases in the armed forces and, in particular, in the Royal Navy, whose members frequently used the ‘services’ of prostitutes. Their response was brutal. Between 1864 and 1869, the Contagious Diseases Acts were introduced, effectively legalising prostitution and permitting the arrest and forceful medical examination of prostitutes in certain towns. Detainment followed for any prostitutes found to be infected, who were only to be released once “cured”. In striving against such acts, Josephine Butler rose to prominence.

Born in Northumberland in 1828, Butler already had a background working with women. In 1866 she began helping women at her local workhouse in Liverpool, and rescued many young girls from its clutches, some of whom went into her own house. Moreover, she helped promote education for women, becoming part of a campaign to persuade authorities in Cambridge to offer better opportunities for women.

In 1869 she began her campaign against the Contagious Diseases Acts. Heading the Ladies National Association for the Repeal of the Contagious Diseases Acts, she made speeches across the country to promote her crusade, not only attacking the violent nature of the laws (many women lost their livelihoods as a result of forced examinations), but bringing their double standard into focus as well. The servicemen were the guilty party after all; where was the justice in persecuting the prostitutes, who were simply earning a trade from the poor sexual morals of men? The women, as she saw it, were presumed guilty of a crime committed by men.

Through energetic campaigning – in defiance of her poor health and an often violent public response – Butler and her fellow campaigners finally brought about the repeal of the act in 1886. She continued to promote her ideas, attempting to spread them internationally. Her efforts, however, were not confined to one narrow cause, as in 1885 she joined a campaign to tackle child prostitution, and in her closing years she gave her support to the National Union of Suffrage Societies. Where her energy dwindled, her devotion to feminism stayed strong. She also spent much time caring for her sick husband, George, until his death in 1890, after which she committed his life to writing in Recollections of George Butler.

Josephine Butler’s own term on this earth ended in the December of 1906. She left behind an admirable legacy; many believe the strategies employed by the Suffragettes were drawn from her heroic example.

When Durham’s youngest college was established eight years ago, many names were put forward. Would Jeremiah Dixon, surveyor with a love for astronomy and (reportedly) beer, and his partner in lines Charles Mason be suitable? Could the use of scientist Ada Lovelace’s name enthuse the physicists and chemists of Durham? After much deliberation, Josephine Butler, a champion for prostitutes and the advancement of women at large, was given the honour of being its namesake. She is, most would agree, more than worthy of such an honour.

With just over 800 students in total, ‘Jo Bo’ has very much become part of the family of colleges that make up ‘The Hill’, and its large, friendly college bar has become a regular stop on college bar crawls.

Though its eight year history is short, the college is already establishing itself within the University, and doing a commendable job of living up to the memory of the tireless campaigner after whom it is named. Josephine Butler was a champion of the cause for vulnerable women, indeed all women, and one hopes the college will continue to honour her name and her actions, in a world where feminism and its icons are still very much in need.