Is the Sainsbury’s christmas advert disrespectful? 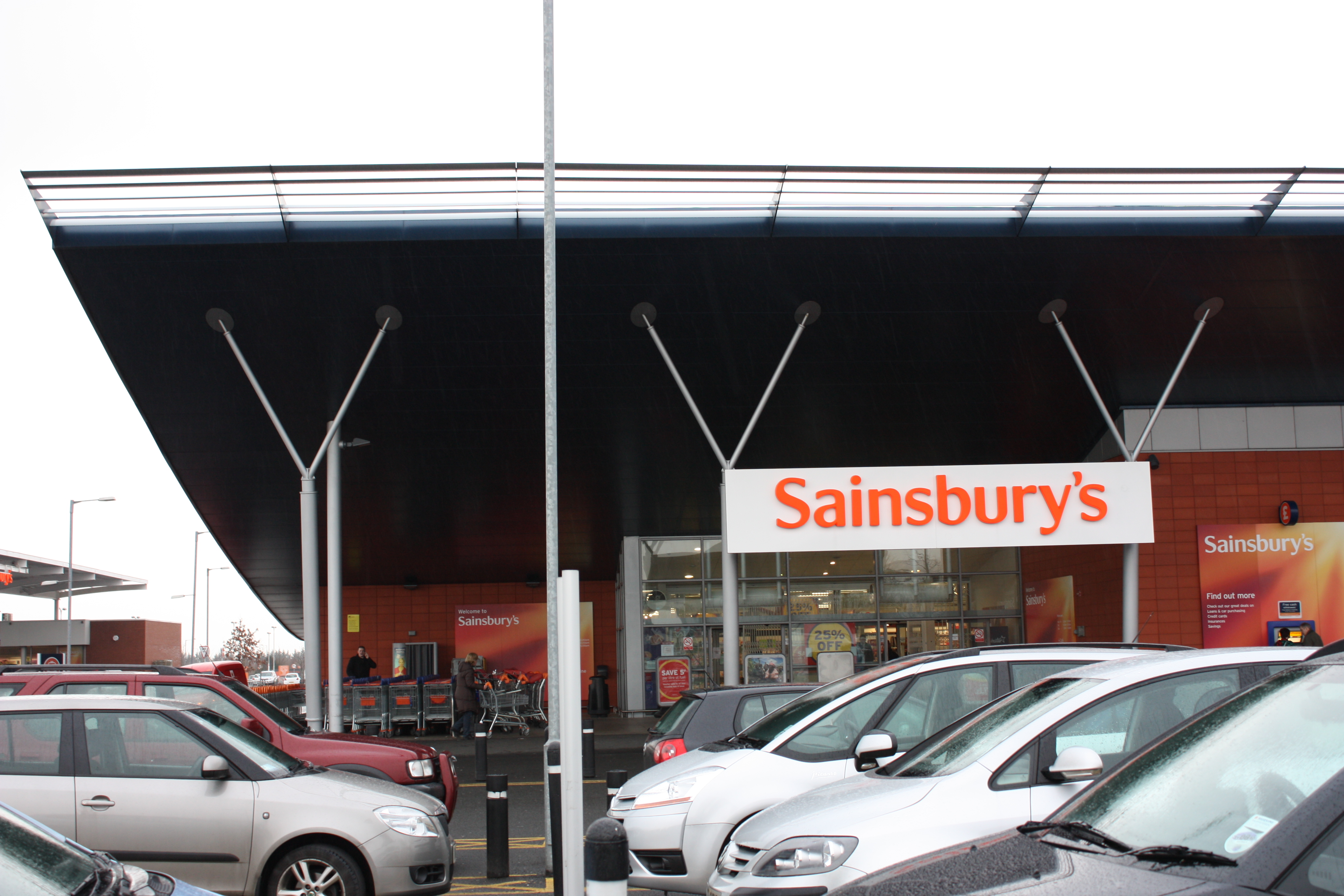 A Sainsbury’s branch in Belfast: has this supermarket chain taken it too far with their christmas advert?

It’s a well-known story: the young men of the trenches playing football in no-man’s land, the troubles of war set aside for a moment in the brief peace of the Christmas truce. This is the chosen topic of the latest Sainsbury’s advert, one which has already sparked a degree of controversy. The advert is in essence a manipulation of history. There is still historical debate over whether or not football matches were played on Christmas day, and certainly, the idea of a harmonious chorus between the Germans and the British is highly doubtful. Sainsbury’s is vomiting out a sweet yarn chock full of romantic ideals: one which conveniently overlooks the context of the Christmas truce. The only evidence of the grim war is barbed wire strung like tinsel across the field, and the distant murmur of artillery fire. The happy scene is how Sainsbury’s would have us remember the war, and all for the hope of filling their coffers. It serves them well that we associate their brand with the good will of the truce: they might donate the profits of the advertised chocolate bar to charity, but make no mistake – in creating such a happy image, Sainsbury’s wants to draw you into their stores.

It is no coincidence that the advert comes at a time when those who witnessed the war have all but faded. Manipulation of its memory is easier than ever, especially at the centenary of the war when we are most concerned about how to memorialise and commemorate both the memory and the victims of the First World War. It is this that makes the Sainsbury’s advert so exploitative, coming at precisely the time when it is easiest to shape how people reminisce, playing on the happier moments of a dark war. One has to wonder if in twenty five years’ time the memories and experiences of the Second World War won’t be manipulated in turn for the sake of commercial gain. Perhaps Marks and Spencer will re-enact scenes of the Battle of the Bulge to peddle mince pies, or Waitrose could spew out a heart-warming tale of a blitz orphan to flog their Heston Blumenthal ‘essence of parsnip’ mulled wine. What a shameful idea.

Manipulation of memory is by no means anything new, however. The Italian politician Garibaldi, for example, came to be an icon for the Italian monarchy, one of national solidarity, despite being an ardent anti-royalist. Across Europe, both before and after World War One, experiences of war were used to embolden the legitimacy of government. In Austria before the war, the Habsburgs used history to present themselves as military geniuses, and thus rightful masters of their conquered territories. Vienna is physical evidence of this, its triumphant statues presenting the populace with historical heroes.

The First World War itself came, at the time, to be manipulated for commercial gain. Soap companies claimed to be the choice brand of men in the trenches, and companies urged civilians to buy such items as ‘barbed wire-proof gloves’ for the soldiers. That there have been objections to the Sainsbury’s advert is perhaps reflective of how attitudes towards war have changed. Whatever the driving motivation was behind intervention, it is unthinkable that the Afghanistan or Iraq wars might be used so openly for commercial gain. Fairy doesn’t claim to be the best soap for dirty mess tins, and neither do Clarks promote themselves as the choice footwear for NATO forces: the public outrage would be far too great. Moreover, we at least like to believe that, being more educated and literate, we would see through government attempts to alter historical memory as a means of legitimation. In Western Europe at least, there are no contemporary constructions to rival the ‘Heldenplatz’ in Vienna or the ‘Arc de Triomphe’ in Paris. We are generally averted to such bold nationalistic statements.

Then again, there seem to be no qualms over misrepresenting historical fact for the sake of a good movie or book. Hollywood happily carves its own stories out of history, and viewers happily buy into it: and rightfully so, many such films are good entertainment. The problem here isn’t only the misrepresentation of history in and of itself, which could mislead those who watch the films – although many would argue that people don’t really believe what they see on the screen. A great deal of films are guilty of this – such as Braveheart and Pearl Harbour with their total disregard for historical fact, or Becoming Jane, which invents the story of the famous literary figure, Jane Austen, for the sake of creating a sickly chick flick. The problem lies also in the fact that film makers are using history for the sake of commercial gain, in much the same way as Sainsbury’s. Where Sainsbury’s twists history to sell its brand, Hollywood twists history to create profitable films.

It is certainly disrespectful of Sainsbury’s to use the experiences of soldiers to draw more people into their supermarkets; however it is also disrespectful to use soldiers’ experiences, and to twist history, for the means of cobbling together a cinema cash cow. If Sainsbury’s manipulation of the Christmas truce invokes anger, then so too should Hollywood’s. In fact, Sainsbury’s – or their advertising agency – has approached the topic with more respect than many other ‘historical’ films, Enemy at the Gates included. It might romanticise a brutal war, but the advert doesn’t dress it up as something high octane or something to be enjoyed. There is no ‘Rambo’ moment: anybody who drools over bloody, erotic massacres will find it positively disappointing. It humanises the soldiers of both sides, where Hollywood so often presents history as black and white, be the enemy the Vietcong, the Japanese, the Nazis, the Taliban… the list goes on. The ‘enemies’ are far too frequently presented as cannon fodder for rampaging ‘heroes’, or, as in Inglourious Basterds, as cold-hearted villains deserving nothing more than death. Film makers reap money from misrepresenting history, and risk misleading their viewers as they do it.

So yes, get riled up over Sainsbury’s twisting of history. Yes, shake your fist at the screen every time the chocolate bar makes an appearance. If you really want, take your custom elsewhere – buy someone else’s mince pies this Christmas! Just don’t sit down on Christmas Day to watch your HD re-master of Pearl Harbour, if you insist on criticising Sainsbury’s for their manipulation of memory. Film is just as guilty, and if we are to assess the extent to which historical memory is used in society to create profit then film should be the biggest target.