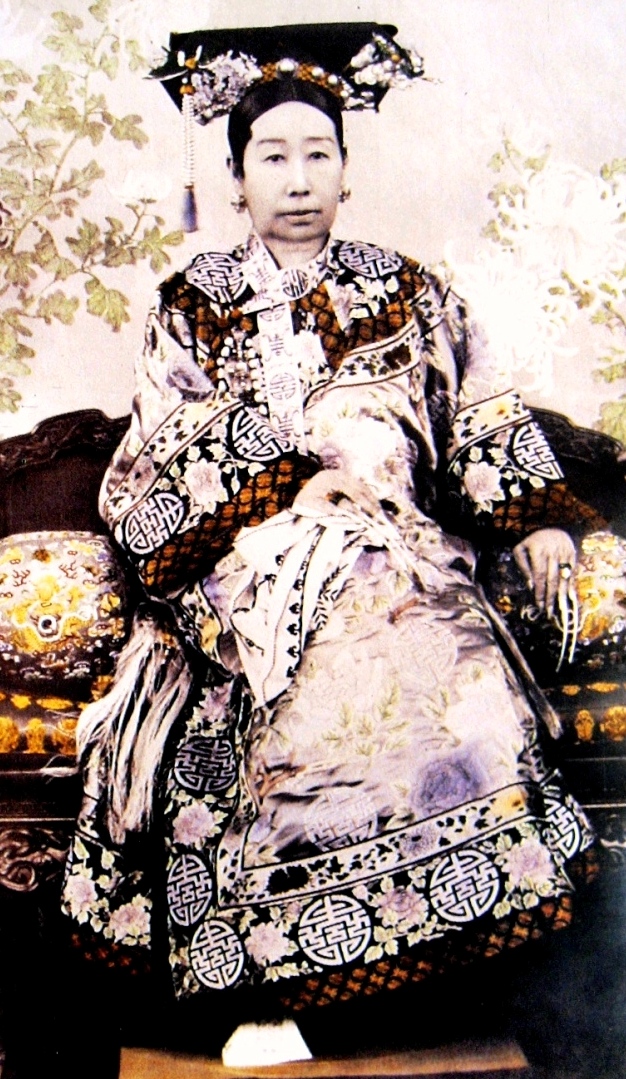 Empress Dowager Cixi- portrait taken by the court photographer circa 1890

This year at the Durham Book Festival, I was lucky enough to hear one of the most celebrated Chinese writers of our time talking about her path into writing, her experiences growing up and her new book Empress Dowager Cixi: The Concubine who Launched Modern China. Jung Chang was born in Sichuan at the time of one of the most horrific periods of human history: the Maoist dictatorship, where millions died as a result of his cruelty. Yet despite surmounting almost unimaginable oppression and hardships, she is now a successful writer in Britain, particularly well-known for her outstanding and poignant debut, Wild Swans.

A memoir of her personal experiences growing up in Maoist China, as well as the contrasting stories of her mother and grandmother, a Communist party official and an ex-concubine respectively, Chang first acknowledged how much the book meant for her as a writer. With grace and humour, Chang described her experiences when she first arrived in England as a scholarship student, although still under the repressive influence of the government from afar. Forbidden from many quintessentially British cultural experiences, mainly due to very literal translation errors equating the word ‘pub’ with something more akin to a strip club, Chang nonetheless sneaked out and grabbed everything that this new world had to offer her.

Anecdotes like these were juxtaposed with some horrific stories, particularly relating to the repeated, violent denunciations of her father during the Cultural Revolution, which eventually led to the loss of his sanity. Yet, in the next breath she talks about her experience with practicing English with sailors, the only foreigners she and her classmates had ever come into contact with. With such a turbulent life lived before she left China, it seems no wonder that Wild Swans was not written until 1990. ‘For me, writing is about introspection, about looking back,’ she said. ‘That was the last thing I wanted to do, to jump into a past I wanted to forget all about’. I’m sure no one in the audience could blame her. For someone whose first foray into poetry led to it being flushed down the toilet after a surprise visit from the Red Guards, it seems incredible that she became a writer at all.

But become a writer she did, and a fantastic one at that. A meticulous researcher, she had more than sixty hours of recorded footage from her mother before starting to write Wild Swans, and spent twelve years writing and researching her next novel, Mao: The Unknown Story with her husband. Empress Dowager Cixi: The Concubine Who Launched Modern China is no exception. A fascinating, and often misunderstood, woman in early 20th century China, Cixi helped shape the nation and open it up to the Western world, something that previous emperors had failed to do.

Chang described how Cixi, having also ended the custom of foot-binding, provided opportunities to the people of China that had rarely been seen before, and even more infrequently during the Maoist period. She implemented radical foreign policy and education reforms, even sending children to study abroad, and the realm was said to enjoy a remarkably bloodless reign. However, Cixi was undoubtedly very ambitious and often cruel, frequently placing young emperors of two-three years old on the throne so she could rule from behind the scenes, and actually killed the emperor the day before she died as she thought all her good work reforming China would be undone. Still, the fact that she was able to implement these reforms as a concubine in China at this point is no mean feat. Chang was passionate about the fact that although she wasn’t perfect (the Boxer Rebellion, for example, happened under her reign), she is one of history’s most underappreciated women and her achievements should rightly be brought to light.

After a whistle-stop tour of Cixi’s life and a background of the country and culture she would have had to manage, Chang took part in a brief question and answer session. We found out that the beautiful, brightly-coloured silk robe the author had been wearing for the event was actually from the same time period as the Empress Dowager, and the author gave her opinions on the recent student protests in Hong Kong: interestingly, and sadly, her books are still banned in China. Chang is a fascinating speaker, veering between self-deprecating humour, pathos, and empathy. Her strength at overcoming seemingly endless obstacles- before moving to Britain she worked as a peasant in the rice fields and as an electrician- undoubtedly inspired the audience. Writing, for her, is cathartic, and no doubt her new book, as with the old, will help to inform her readership on a particularly fraught historical period.