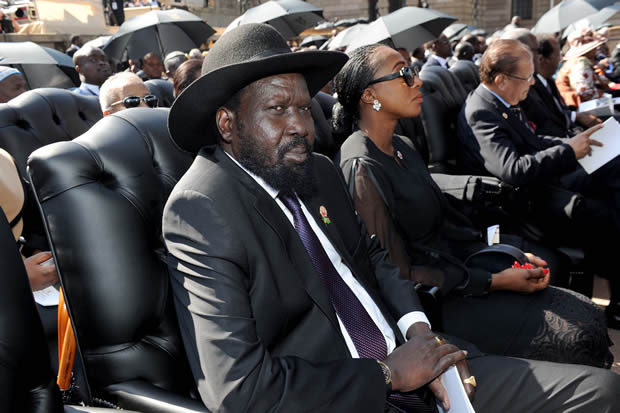 Barely two years after South Sudan’s citizens voted to split from their troubled northern neighbours, the country has been pushed to the brink of a crisis. The euphoria of independence soon gave way to conflict reminiscent of the country’s decades-long fight for autonomy, and by the beginning of last year the country found itself engulfed in civil war. But why has the world’s newest nation found itself in trouble so quickly?

Tribalism has long been a recurring problem in African politics, and was rife in South Sudan’s liberation struggle. Although the country’s first cabinet contained many ethnicities in an attempt to show the nation’s unity and shared values, deep-seated ethnic differences have yet again played a key part in the country’s troubles. The President, Salva Kiir Mayardit, is a member of the Dinka tribe which is the country’s largest – whereas his Vice-President, Riek Machar is part of the rival Nuer tribe. Machar was accused of plotting a coup against South Sudan’s first president, which led to fierce fighting in the country’s capital, Juba, in December 2013. The following month long disagreement between opposing political egos erupted into civil war, which now encompasses an ethnic dimension as well as a political one, thanks to Kiir unleashing his militias on the country’s minority Nuer population, leading to widespread atrocities, massacres and even reports of genocide.

Further complicating issues was the nature in which the country had indeed came into being. Although all shared the same desire to wrestle independence from Khartoum, many of the new country’s leading politicians had at times fought against each other, including the President and Vice-President. The President who split away from the main rebel group, the Sudan People’s Liberation Army/Movement (SPLA/M), in 1991 to form his own opposition. Like many politicians who ascend to leadership through armed struggle, President Kiir has found it difficult to move to a form of democratic government, and has allowed military force rather than peaceful compromise to be his primary way of dealing with any conflict, including this one. Ethnic and regional nepotism is widespread as intense corruption at the heart of the South Sudanese government has wreaked havoc with the nation’s finances, which has already seen over 4 billion looted from public funds since independence. On top of this, Kiir has been accused of ‘creeping authoritarianism’ as he slowly rolls back South Sudan’s freedom of the press, curbs non-governmental organizations present in the country and strengthens his control over the country’s security and military forces. All of these problems have led to rising discontent on the streets of South Sudan, finally coming to a head fourteen months ago as citizens lost faith and belief in their politicians in Juba as unemployment, misery and poverty continued to run rampant and key problems in the country were not addressed.

It is unfair, however, to solely blame the country’s recent tensions on internal problems. Many believe that the conflict takes on an historical dimension as conflict stems from the very idea of an independent South Sudan itself, a country drawn on sectarian and ethnic lines from the former British colony of The Sudan. In doing so, more problems were created rather than solved, as rival ethnic groups were lumped together because of a shared cultural and linguistic ‘heritage’. The United States pushed for the creation of South Sudan as punishment for the North’s support for terrorism and harbouring of Osama bin Laden, whereas Christian conservatives saw the birth of the Christian state as a triumph over its aggressive Muslim neighbours. Years later some may see history repeating itself as American imperialism has destroyed South Sudan, as it did in Iraq and Afghanistan. The West’s obsession with fixing ‘technical problems’, such as a lack of infrastructure and services, rather than deep-seated religious, ethnic and governance tensions has contributed to a country built upon fragile ground.

Neighbouring countries’ involvement in the conflict has also served to exasperate an already escalating problem. Just like in South Sudan’s decade-long liberation war, the country finds itself trapped between competing regional ambitions. President Kiir has found himself allies in Uganda, as well as backing from China which has strong investments in the country’s oilfields. In contrast, Machar finds friends in Khartoum, eager to once again have influence in the country’s southern regions. Paranoia and discontent spread both inside and outside South Sudan, as local populations feed into the ethnic dimensions presented to them by the country’s politicians.

South Sudan still remains one of the world’s most underdeveloped and impoverished nations. Millions of South Sudanese, once full of hope and promise, now look on in despair as politicians in Juba fail their people and a dream that took three decades to finally realize. As the world’s media shifts focus away from the atrocities being committed on both sides in South Sudan’s bloody conflict to more ‘interesting’ stories worldwide, we are reminded of the fragile state of the region’s politics, which owes much to decades of sectarian conflict and historical mistakes made by South Sudan’s colonial and modern masters in Washington, London and Khartoum.