1919: politics is controlled by men, business is controlled by men, in fact, the world is run by men. 100 years later, what’s changed? The answer is, sadly, not a great deal. 95% of Fortune 500 CEO roles are held by men, only 23% of the world’s politicians are female, and women in the UK are paid on average 8.6% less than men for full-time jobs. There have, nonetheless, been improvements in the status of women across the globe throughout the last 100 years, so to what extent was 1919 the real beginning of modern feminism?

On home soil, 1919 saw the first woman ever sit in British Parliament. Lady Nancy Astor was born in 1879 in Virginia, before travelling across the Atlantic at the age of 26. Her husband, Waldorf Aster, was MP for 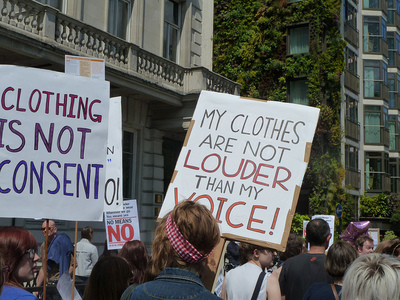 Plymouth Sutton until he was called to the House of Lords in 1919, allowing Lady Astor to run for office in his old constituency. She won convincingly and entered the Commons as a member of the Tory Party on 1st December. Astor never held a ministerial position, but that did not mean she did not have her say or play her part. She was responsible, for example, for raising the legal drinking age to 18, unless a minor has parental consent – a law which we all know too well has remained in the constitution! She was also highly influential when it came to the fight for further female power in politics; she strove to get more women into the civil service, the House of Lords, the police force and into education.

England was not the only country in the world that was beginning to open more doors for female opportunity. Politically, women across the globe were seeing themselves becoming slowly enfranchised. Germany, Azerbaijan, Canada, the Netherlands and Luxembourg all allowed women the right to vote; New Zealand allowed women to stand for parliament. Italy granted women further property rights, including control over their own earnings, and Great Britain banned the disqualification of women from jobs due to their gender.

In the USA, work had been underway since the 1860s to get women the vote and on an equal standing with men. The NWSA and AWSA both formed in 1869 with the aim of passing a constitutional amendment to allow women to vote. They combined to form NAWSA in 1890, heralding in a new age of radical first-wave feminists, such as Alice Paul, Margaret Sanger and Ida B. Wells. Despite all this activism, nothing was achieved on a national scale until 1920, with the passage of the 19th Amendment allowing women over 21 to vote in federal elections. Arguably, the aforementioned passage of federal legislation in Canada was the push that America needed to finally grant emancipation to women, as both American women and American politicians thought that if they could do it, why can’t we? 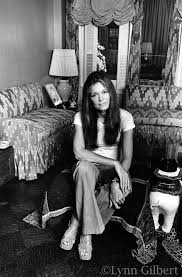 Could it just be coincidence that all these things happened in 1919? Well, of course it could be. It’s not like feminism simply exploded in 1919 with no background work, but it’s arguably one of the first years in which we see genuine global change. However, what we can see is the start of trends that have continued into modern-day feminism, for example the sort of militant behaviour that is considered to be synonymous with the Radical Feminists of the 1970s to the present day, spear-headed by women such as Germaine Greer, Betty Friedan and Gloria Steinem (pictured left). Lady Astor, for example, was notorious for what was then described as cruelty, but what we would now class as strength and determination. Lady Astor may well have bucked the trend of all-male Parliaments, but today 191 MPs are women, including our current (at time of writing) Prime Minister. This obviously does not point to a truly egalitarian state, but in comparison to 1919, it is certainly a step in the right direction.

Debate will always surround the feminist agenda, and when the real beginnings of change actually came about. 1919 was certainly a turning-point for many women, but only as long as they were white and middle-class. Black women in the USA, for instance, faced legal oppression right up until the mid-1960s with the passage of the Civil Rights and Voting Rights Acts; the first black woman to enter the House of Commons was Diane Abbott in 1987. Constance Markievicz was actually the first woman ever elected to the British Parliament in 1918 but wasn’t allowed to take her seat because she was Irish. Women in many countries across still haven’t got the right to an education, never mind a right to vote. 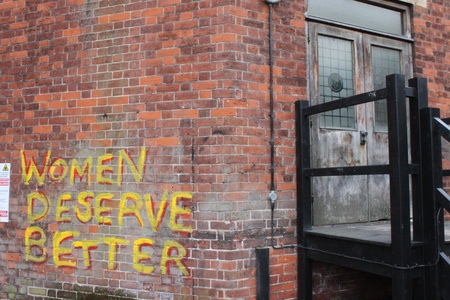 All this points to the fact that we still have a long way to go before we have a truly equal state. In the last 100 years, much has been achieved in terms of women’s standing and rights; two female Prime Ministers and a woman being the Democratic Party’s presidential nomination would have been unthinkable until very recently. We therefore owe a lot to many women in history, not exclusive to the ones mentioned in this article, for continuing to battle for the truly equal world that we should (and hopefully one day will) have. We must look to them for inspiration for the future of world feminism.

“I’m a Virginian; we shoot to kill”, Lady Astor once said. Words spoken 100 years ago, but a sentiment that is still rightly carried by the feminist movement today.