What is a carer? Big Hero 6’s healthcare robot Baymax will show you 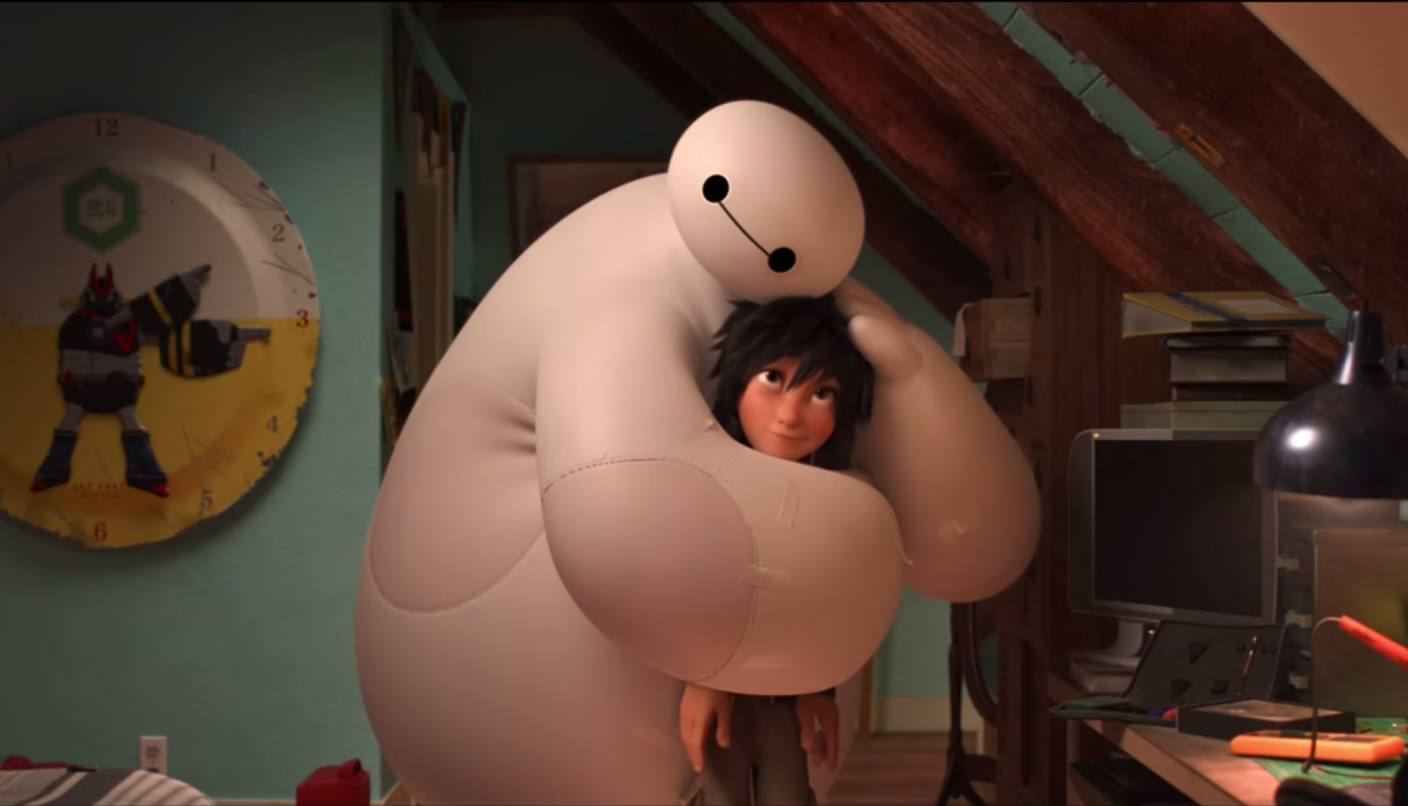 Non-human carers are an imminent reality

“Hello. I am Baymax, your personal healthcare companion. What seems to be the problem?”

Recently, I watched Big Hero 6 in the cinema and fell in love with the healthcare robot known as Baymax, in his earnestness and compassion for those in need, particularly his patient, Hiro. I developed a strong affinity for the film. Various scenes seemed to parallel my own life, with my recent experiences of grief; not knowing the best way to carry the weight of it, and creating some pain in myself and others in my struggles.

In October, I became a carer for my ill mother, who developed two brain tumours as a result of breast cancer, and on the morning of Christmas Eve, she passed away under comfort care in the hospital. This was a very difficult time for me, as I took on a burden no one else could, helping my socially abandoned mother who was the object of my greatest love, care and emotional connection.

In Big Hero 6, Hiro’s brother Tadashi creates a robot – a personal healthcare companion named Baymax – who he wants to help people. When development proves tricky, he tells Baymax, ‘I’m not giving up on you. You don’t understand this yet, but people need you. So let’s get back to work.’ He has a resolve to help others, and knows how important healthcare is. In the UK, 6.5 million people are carers, and 3 in 5 people will be carers at some point in their lives¹, most commonly for parents, like in my case.

The impact of being a carer on that person’s life is immense: carers and other health practitioners are the most likely to need counselling, they very commonly lose other social and emotional connections, and often balance these difficulties with financial issues – half of working-age carers live in a household where nobody is in paid work and 42% of carers have missed out on financial support, lacking the right information and advice¹. As a result, Tadashi’s robot Baymax would be one of the most important inventions in tech history, not just in helping millions of people, but economically in the reduction of labour.

There are care robots today in development which likely inspired Baymax, including Pepper. Set to go on sale in Japan next year (each unit costing ~£1,150), telecommunications corporation SoftBank claim Pepper can understand human emotions using its “emotional engine”. Interestingly, it will use a cloud-based AI system which allow Pepper units to transfer information to one another, improving learning speed. Due to a computational neuroscience background, I am certainly sceptical, but I do confess I love the concept and am eager to see its impact.

What is a carer?

Carers are individuals who provide care for an ill, elderly or disabled member of the community. Their roles commonly include practical jobs like cooking/shopping/doing laundry, co-ordinating medical appointments/medication use, managing financial matters, and often providing emotional support/empowerment. To Hiro, Baymax is a robot who particularly provides the latter, although he can also physically heal people. Due to Hiro’s alterations, he can later fly, use Karate and learn cute slang phrases.

“Sick. It is just an expression.”

Carers are flexible, and learn with their patient

This is precisely why Baymax excels at being a carer. He does not treat it merely like the roles I outlined above, but as something deeper – that to properly care for Hiro he may need to protect him, carry him to his objectives and talk in a more human way that he can understand.

This is something I learned – that being an effective carer for my mother must be something I use intuition in, and not merely follow a guide. I looked into gaining benefits, but this would require me to structure my care like a full-time job, where I arrive/leave at a set time. I rejected the idea because, due to my mother’s fluctuating sleep patterns/health, I needed to develop along with this without imposing my own structure. If I followed such a structure, I felt I could leave her adrift when she was most in need.

Carers are minded for health and well-being of their patient

Baymax is always growing during the film, but one core part of his character remains stable:

“Your health is my only concern.”

He activates by hearing ‘a sound of distress’ from Hiro. He has only experienced a minor bump, but Baymax stays, as, due to the loss of a loved one, he is suffering from something deeper inside – a heart lashed with grief.

Carers are determined to provide care

“It is okay to cry. Crying is a natural response to pain.”

A carer is roused by a need – a pain – in an individual; this is how their careers begin. So too was I roused, and I did not leave even when my mother’s pride was affected by my care: “I cannot deactivate until you say that you are satisfied with your care.” Without similar determination, I may not have coped.

“Those who suffer a loss require support from friends and loved ones.”

Carers understand that they are not big heroes – they are humans with limits, just as Baymax has limits as a robot. Baymax tries to involve Hiro’s friends in helping him – at first, calling them at the first sign of grief and later recruiting them to help Hiro in solving the mystery behind the film. The film is not called ‘Big Hero 2’ – Hiro’s four friends are there to provide a kind of care too, even if they are not ‘healthcare companions’. So too did I try to involve the loved ones of my mother, and I had to have the humility to let myself have brief respite when my brother took over my role brilliantly.

Baymax is far from perfect – his lack of awareness of mortal peril puts Hiro in danger several times, and at one point follows an order from Hiro that he would certainly regret. I made similar mistakes – I left my disoriented mother alone, resulting in falls/bruises, and once I got very angry due to her lack of cooperation in helping me provide care. But, I learned from each of these: the most gentle way to talk to her, to hold her, to be ever aware of the situation. Baymax learns this too, and in any group scene you can see his attention always turning to Hiro, his patient.

Big Hero 6 is science-fiction story aimed at children, but somehow I sat there watching a film about a robot who could teach me to be a better carer, even if I had completed my work with the passing of my mother. But these skills can be applied to all kinds of care – as everyone will interact with ill relatives, the elderly, neurodiverse individuals and friends with mental health issues. If you’re reading this, it is likely you will become a carer at some point in your life. This is an intimidating, incredibly demanding job that may affect you deeply and alter everything in your life. But, it is also the most fulfilling job I have ever completed, and an opportunity to learn about yourself, your loved ones and your potential. Care in all its forms is still not easy for me, but I feel confident to grow and keep this role I reluctantly acquired and apply it to all areas of my life. This skill is one of the many gifts my mother left for me.

But until we get robots like Baymax to help lift this burden with us, I am satisfied with my care.