The Rise and Ruin of Child Stars 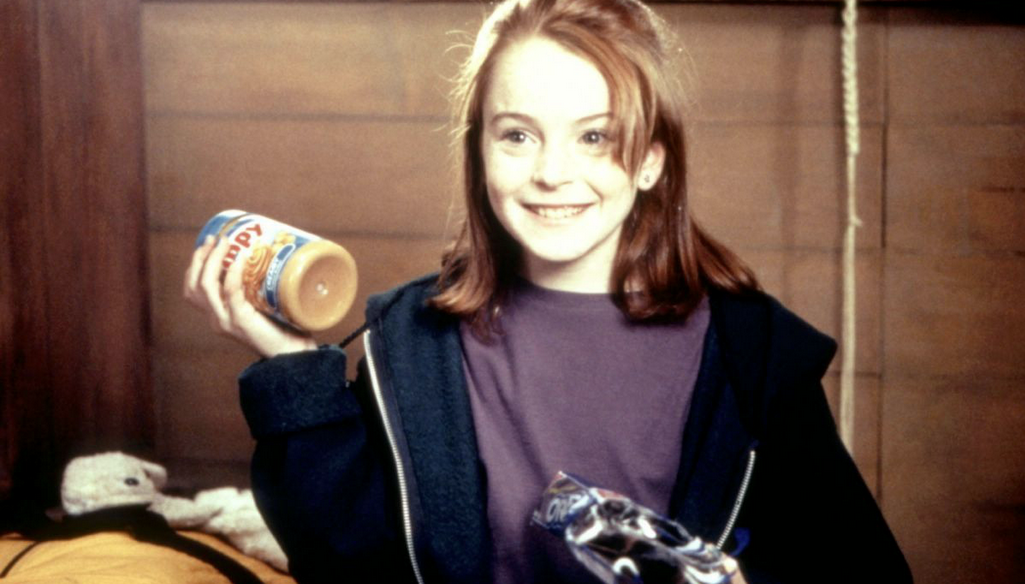 In the modern culture of entertainment, there is a huge market for youth-oriented media that has arguably led to a rise in the number of young celebrities in the public eye. As a result, it seems that stories of these stars going off the rails are becoming increasingly frequent. This may be to do with the mounting pressure placed upon them; or fear the all too common fate of fading into obscurity; or the need to be taken more seriously, which paradoxically leads to some ridiculous – although admittedly interesting – behaviour. Despite what some might say, it is easy to doubt that Miley Cyrus is making a genuine artistic statement, or that Shia Labeouf’s recent actions have been those of a sane man.

On the other hand, it is arguable that the general quality of films has surged in recent years, and young actors have also enjoyed the benefits of this trend. This has given rise to a group of new actors who are talented and comparatively normal, such as Miles Teller, who reached a new peak this year as the young drummer at the centre of Whiplash.

Sadly, not everyone can be so fortunate as to begin their career with mature roles, thus avoiding the treacherous teen icon phase. There are countless examples of performers who struggle to break out of their typecast role following early success in the industry. Broadly speaking, there seem to be three paths available to such actors: successfully transitioning into a mature career; fading into obscurity; or crashing and burning in spectacular fashion.

Let’s begin by looking at the first and least disastrous of these paths – the successful transition. Although this is the result that all young stars strive for, it is the most difficult to achieve. After a long stint in a prominent movie series it requires a lot of work, a lot of talent, and a bit of luck to recreate your image. Former child stars need to be considered actors who belong in the adult industry, relying on their merits rather than the fame of past work. The best recent example of this is the much-loved young wizard, Daniel Radcliffe. It is very clear that Radcliffe will do almost anything to escape the shackles of the Harry Potter franchise that could have ruined his future in acting, while also maintaining his dignity. He has worked on respectable projects that have required him to take on challenging and progressive roles, without being so outlandish that they would lead to ridicule and dismissal as a mad has-been. This work even began during the filming of the Potter films with his… revealing performance in the stage play Equus.

Another young actor who has been even more radical in his efforts to rid himself of a childhood legacy is Shia Labeouf. This is a fascinating case in the sense that, while Labeouf may appear to have destroyed himself through his total insanity, he has in reality transformed himself into a successful – albeit eccentric – celebrity. After his work on the TV show Even Stevens, Labeouf was drawn into the Transformers franchise, increasing his fame but also reducing his chances of escaping from the traps of the industry. And yet he is still very relevant. The first reason for this, besides his obvious talent, must be his well-judged choice of films to work on. Recent career highlights include war epic Fury and the sublimely controversial Nymphomaniac. Purely as an actor, Labeouf has established himself effectively. More questionable are his actions outside of movie work. 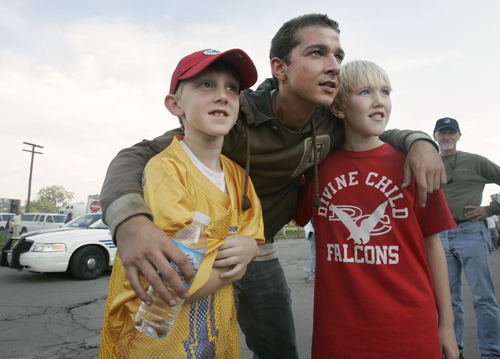 Labeouf with two children while filming Transformers in 2006

In the past two years, the actor has been involved in a number of pieces of performance art, including wearing a paper bag (with the words “I am not famous any more” written on it) to the Berlin Film Festival, followed by a public installation where thousands of people sat with him in private for a few moments each to watch him wearing the bag and weeping. He has not always been taken seriously, as hilariously demonstrated by the recent “just do it” internet meme. However, many have commended his actions for their exploration of celebrity persona… or something like that. Whether the man is a genius or a pretentious wreck, he has certainly done a lot to recreate his public image, suggesting that he suffers from severe insecurities. Labeouf serves as a curious example of how early fame can affect an actor’s personality and career.

A more common and more obviously dire consequence of early public exposure is the descent into substance abuse and law-breaking for which many young celebrities are known. To some extent, Labeouf is himself guilty of this, having had many recent clashes with the law. However, the worst cases come from those who no longer have any public relevance except tabloid attention for their misbehaviour. Lindsay Lohan, for example, entered the twenty-first century as a global sensation with her breakout role in The Parent Trap. Lohan’s streak lasted until 2006, at which point a string of arrests, stints in rehab and eight years on continuous probation brought her career to a near stand-still. Whether or not these issues arose from the pressures of experiencing success at a young age, this seems to be a path that many young celebrities have followed – perhaps even more so in the world of music, where the 27 Club holds a legendary status.

Of course, not all young actors follow such extreme paths; many have simply ended their careers in order to lead ordinary lives out of the limelight, which they consider to be a damaging influence. Macauley Culkin’s meteoric rise to fame following the release of Home Alone was cut short by his retirement at the age of fourteen. Likewise, Jake Lloyd left the industry shortly after his appearance as Anakin Skywalker in Star Wars: Episode I – The Phantom Menace, later stating that the film ruined his childhood and his acting career.

It is clear that early success has been something of a death sentence for many young stars, but there is a silver lining to all of this. Among the hordes of child actors who fail to survive in the industry, a few talented individuals emerge as mature performers. A lucky few from the latest generation will continue their career paths into the future, as previous child stars have done before them – for example, few people remember that Christian Bale began his career as a twelve-year-old in Empire of the Sun. Ultimately, if the crowds of young faces pouring onto the silver screen cause you dismay, just remember that only the best will still be around a decade from now.