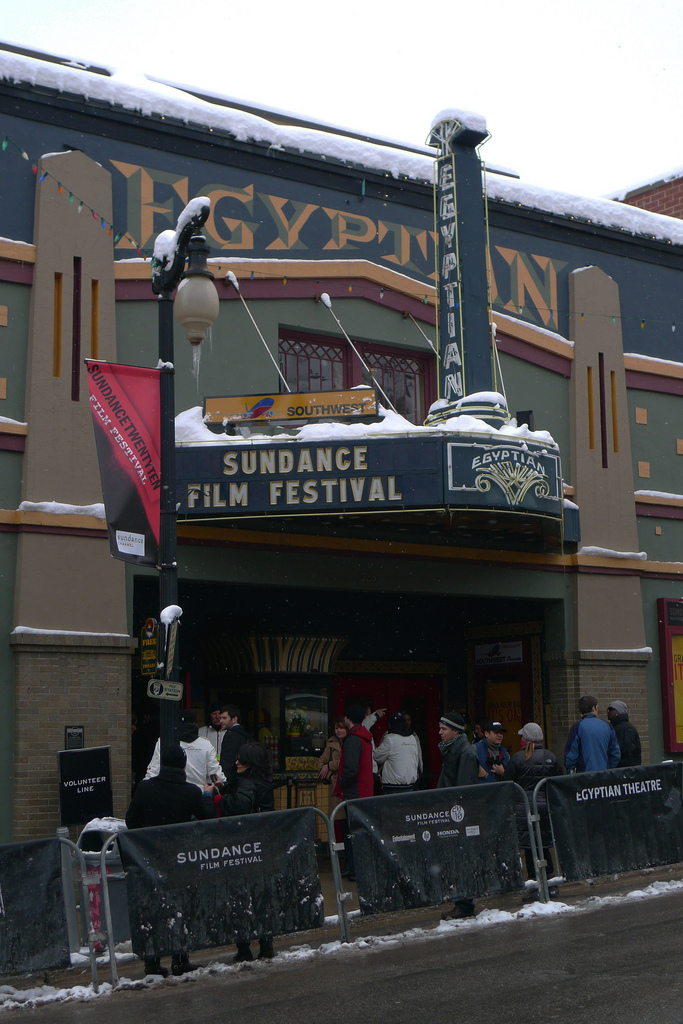 Amid the ice and snow of Park City, the Sundance Film Festival provides some excellent new films.

Amongst all the flurry of awards season, there’s one event in the cinematic calendar that often gets overlooked. This year’s Sundance Film Festival brought yet again a fantastic array of diverse and interesting films. From directorial debuts to star-studded ensemble casts and documentaries to foreign language features, here are just ten films that premiered at Sundance to look out for in cinemas this year.

Adapted by director Damien Chazelle from his previous short film of the same name, Miles Teller and J.K. Simmons opened Sundance to rave reviews in this film about a young aspiring jazz drummer and his intense tutor. Teller is definitely one to watch out for this year; starring in teen sci-fi series Divergent as well as being rumoured to be reunited with That Awkward Moment co-star Michael B. Jordan in the planned Fantastic Four reboot. However the real reason to make sure you catch Whiplash is that it managed to do what Jordan’s Fruitvale Station had done last year and win both the U.S. Grand Jury and the Audience Award Prize for dramatic motion picture.

The Audience Award for ‘Best of NEXT’, given to films that stand out for their innovation and original style, went this year to Malik Vitthal’s hard-hitting yet passionate directorial debut, Imperial Dreams. Imperial Dreams follows 21 year-old Bambi, who is reunited with his son after being released from prison and struggles for a ‘normal’ life as a writer. Bambi is played by young British actor and Attack the Block star John Boyega, whose captivating performance in Imperial Dreams has recently landed him the role of Jesse Owens in the upcoming biopic Race.

Brendan Gleeson and writer-director John-Michael McDonagh reunite, following the success of dark comedy and previous Sundance entry The Guard, for the more solemn Calvary. Calvary tells the story of priest Father James, played by Gleeson, who is told by a man during confession that he is going to murder him in a week’s time. Gleeson and McDonagh have a great understanding and set out to make a film that, rather than highlighting scandal in the Catholic Church, portrays a priest as morally good. Calvary also boasts a fantastic British supporting cast, with the likes of Kelly Reilly as James’ suicidal daughter, Brendan’s son Domhnall Gleeson, and Chris O’Dowd, playing against his usual likeable type as a possible suspect.

Domhnall Gleeson appears again in Frank, continuing his impressive rise to fame after his breakthrough lead role in About Time. Also starring the brilliant Michael Fassbender as the titular Frank and Maggie Gyllenhaal, Gleeson plays a young wannabe musician who joins Frank and his band only to find he is in way over his head. Frank makes for a compelling and mysterious character with a terrific physical performance from Fassbender, who spends the majority of the film wearing giant cartoon-faced helmet. With Lenny Abrahamson directing following the great critical success of What Richard Did, Frank has all the makings of a great film.

You wouldn’t expect the writer of such films as The Rocker, Monsters vs Aliens and the Diary of a Wimpy Kid sequel to make a film about mental health for her directorial debut. However, no one is better suited than Maya Forbes to direct this very personal, semi-autobiographical film about a manic-depressive father in a financially struggling family who looks after his two daughters while his wife goes to finish her degree. The heart-filled and genuine film stars Mark Ruffalo and Zoe Saldana and has received very positive reviews so far.

The only documentary on the list and the only film you can watch now. This Netflix original documentary gives unprecedented access to Mitt Romney’s Presidential campaign, from the failed primary bid in 2006, to losing to Obama in 2012. The last Netflix original documentary to feature at Sundance was the inspiring and eye-opening The Square, which has now gone on to be nominated for an Oscar for Best Documentary. Whatever you think of the man and his politics, Mitt is worth a watch for an insight into the intensity of the US Presidential election process and showing a different side to 2012 failed Presidential candidate.

The Raid 2 is set just two hours after the events of Gareth Evans’ near-perfect Malaysian martial arts film The Raid and continues Rama’s story as he goes undercover to take down the city’s major crime syndicate. The Raid 2 promises to bring the same bone-crunching action of its predecessor, but on a much grander scale that comes with a larger budget, and with greater character development. Evans recently teased intriguingly that if there were to be a Raid 3, it would be set 2 hours before the end of the The Raid 2. If the initial reviews of this sequel are anything to go by, The Raid 3 is looking like a strong possibility.

Paul Rudd and small-screen star Amy Poehler feature in this romantic comedy by David Wain, the director of previous Rudd collaborations Role Models and Wanderlust. While the story of a man falling in love with the small business owner whose shop he is tasked to shut down may not be as ground-breaking as some of the other films on this list, They Came Together is by all accounts the light-hearted rom-com of the festival to go and see.

It’s fair to say that Ryan Reynolds hasn’t been having the best career of late. His two superhero films, X-Men Origins: Wolverine and Green Lantern, were both slated, only to be followed by a string of unfunny comedies, and then to top it all, R.I.P.D., one of the biggest flops of last year. However if this dark comedy about a man who thinks his cat and dog are talking to him – amongst the back drop of Reynolds’ character being implicated in the death of his co-worker – isn’t original enough to restore Reynolds’ career, then I don’t know what is.

The world was shocked recently by the death of the great Phillip Seymour Hoffman. Such was the amazing talent and versatility of the screen icon that God’s Pocket is just one of two highly praised films that premiered at Sundance Film Festival. Seymour will also feature in this year’s well received adaptation of John le Carré’s post 9/11 espionage novel, A Most Wanted Man. However, it is Mad Men actor John Slattery’s directorial debut about a man that tries to cover up the accidental death of his stepson that is most indicative of the types of intriguing and unique films that were present throughout Hoffman’s career. With a fantastic supporting cast including the likes of Christina Hendricks, Eddie Marsan, and Richard Jenkins, there are more reasons to see God’s Pocket than it being one of the last chances to see a true cinema legend on the big screen.

Which films are you looking forward to seeing this year? Are there any films that feature at Sundance that you feel I’ve left out? Please let us know in the comment section below.