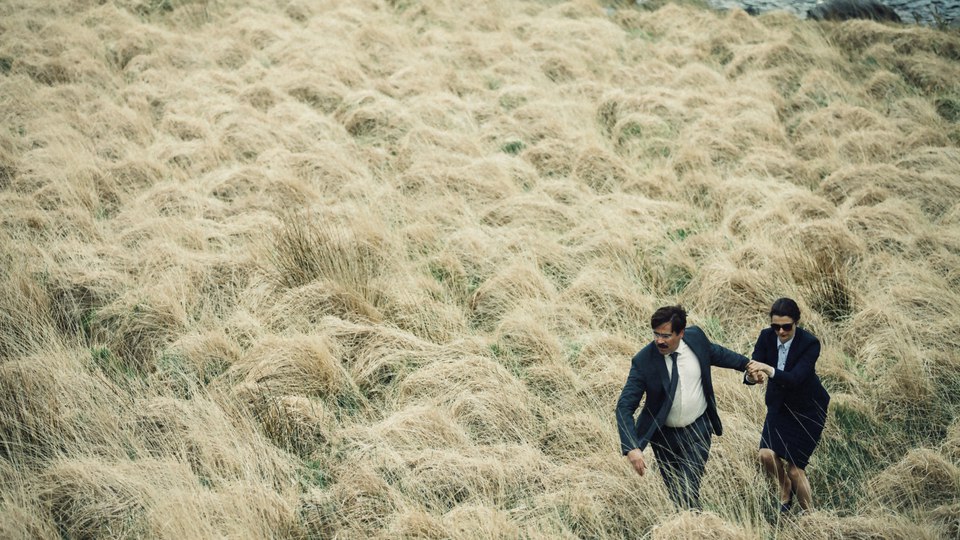 Screenshot from the trailer.

The Lobster is not for the faint of heart. I do not mean that in the usual sense that it is an especially violent or crass film: I mean it in the sense that it is the strangest film that I have ever seen. The weirdness reaches such dizzying heights that many people will find it difficult to penetrate its bizarre surface and uncover the intelligent and tender underlying message. But for someone with an open mind and a flexible sense of humour, The Lobster can be a hugely rewarding experience.

This latest film from the talented new director Yorgos Lanthimos is intended as an examination of modern romance, targeting the influence of the internet and the danger of a society devoid of passion. The setting is a world very much like our own, but with strange dystopian elements. Anyone living in “the City” is required to be in a romantic relationship: if, for any reason, someone finds themselves alone, they are taken to “the Hotel”, where they have 45 days to find a new partner. If time runs out, they are transformed into an animal of their choice. Groups of rebels called “loners”, who totally reject the concept of romantic relations, live wild in the woods around this obscure land. The story centres on David (played by Colin Farrell), following his journey into the Hotel, his eventual escape and his subsequent life as a loner. The film title is taken from David’s choice of animal in the event of failure.

The Lobster is packed with allegorical messages about its central theme of human relationships. The Hotel, as a physical manifestation of modern dating, is the focal point of the most scathing criticisms. The formalised system of finding a sexual partner within a set group of people, based solely on mutual interests, represents internet dating sites and condemns the sterility of using formulaic methods to match up potential partners. Lanthimos takes this to ridiculous extents by making common traits mandatory for a relationship to be possible, so that one character spends his life faking nosebleeds in order to enable his marriage to a girl with the same problem. The strict time limit and the disturbing consequences of failure correlate to the intense pressures felt by people looking for a way out of the single lifestyle. The bleak cinematic style is decidedly unromantic and reflects the stark absence of emotion in the people of this depressing world. 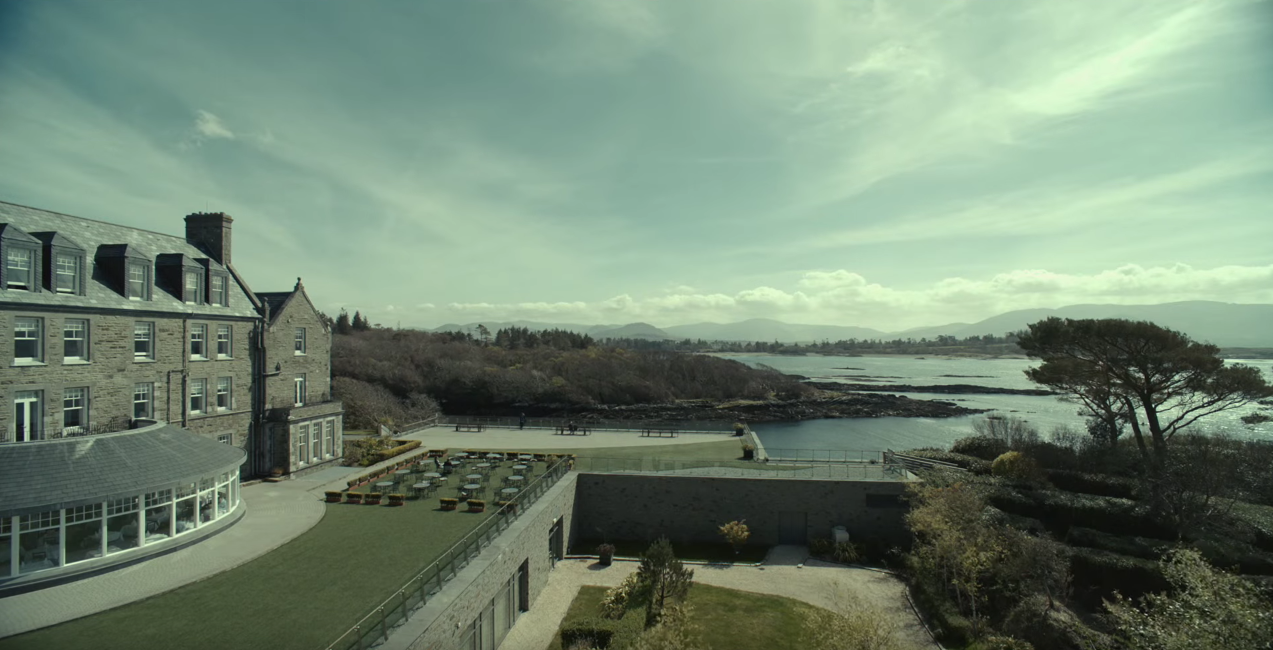 Much of the strangeness stems from the deliberate lack of feeling that permeates the majority of the film. Most notably, the dialogue and its style of delivery will initially bewilder the viewer, but soon becomes a constant source of delight at the ridiculous way in which the characters communicate. This is because almost every line is delivered in a completely deadpan style. There is absolutely no emotion in character’s voices, as part of the construction of a world in which true passion does not exist. The weirdness is only compounded by the content of their conversations, which usually conveys either purely practical information or – during times of light conversation – totally inconsequential and irrelevant pieces of trivia. At one moment, we witness a scene in the home of a young man, his new wife and their adopted daughter during dinner conversation. This consists of the man describing, in a very grave tone, the weight of a professional basketball. ‘Do you know how much a volleyball weighs?’, he asks his daughter. ‘No, but I should very much like to know’, she responds sincerely. Much of the film’s humour is created by the ingeniously dull script, creating a tone that falls somewhere between the whacky and the subtly macabre.

The rest of the humour comes from the absurdist images which stand at odds with the film’s serious style, especially the practice of animal transformations. In the woods, a serious conversation is accompanied in the background by a camel minding its own business. Another scene sees the loners relaxing in the company of a flamingo. Some of the most bizarre moments are the slow-motion scenes of Hotel residents, armed with tranquiliser-dart guns, hunting fleeing loners through the forest (for every loner they capture, an extra day is added to their stay). However, The Lobster can be just as effective at making you squirm as it is with inducing laughter. Unprecedented moments of extreme and bloody violence dominate the otherwise subdued images: a failed suicide attempt accompanied by anguished screams; a dog kicked and stabbed to death; a man’s hand burned in a toaster; and an unbearably tense scene involving a steak knife. The gore adds greatly to a film which is intended to entertain, but also to unsettle.

The Lobster is very much a film of two halves. First, we see David’s experiences in the Hotel as he and fellow residents search, with an undertone of desperation, for a partner. When it feels like the story is approaching some sort of conclusion, an entirely new chapter begins as he defects to the life of a loner. The pacing suffers severely as a result, but this also means that two linked but distinct stories can be told. Both halves express different extremes: the process of searching for love only to fail, and the experience of embracing loneliness. Crucially, it is once David accepts lonerism (where all romance and general interdependence is banned) that he falls in love naturally. The film’s final quarter tells the story of this taboo love, celebrating the passion of natural romance and thus condemning the artificial system of the Hotel. It is quite touching – or as much as it can be when love is professed by such expressionless people – and ends the story with a bittersweet tale that injects real soul into this deliberately sterile experience.

The Lobster is not an easy ride, but it is a valuable one. By taking such original approaches to humour and storytelling, Lanthimos has created one of the best and most challenging films of the year. It’s just a shame to think that, due to its unforgiving style, many people are likely to disagree with me.