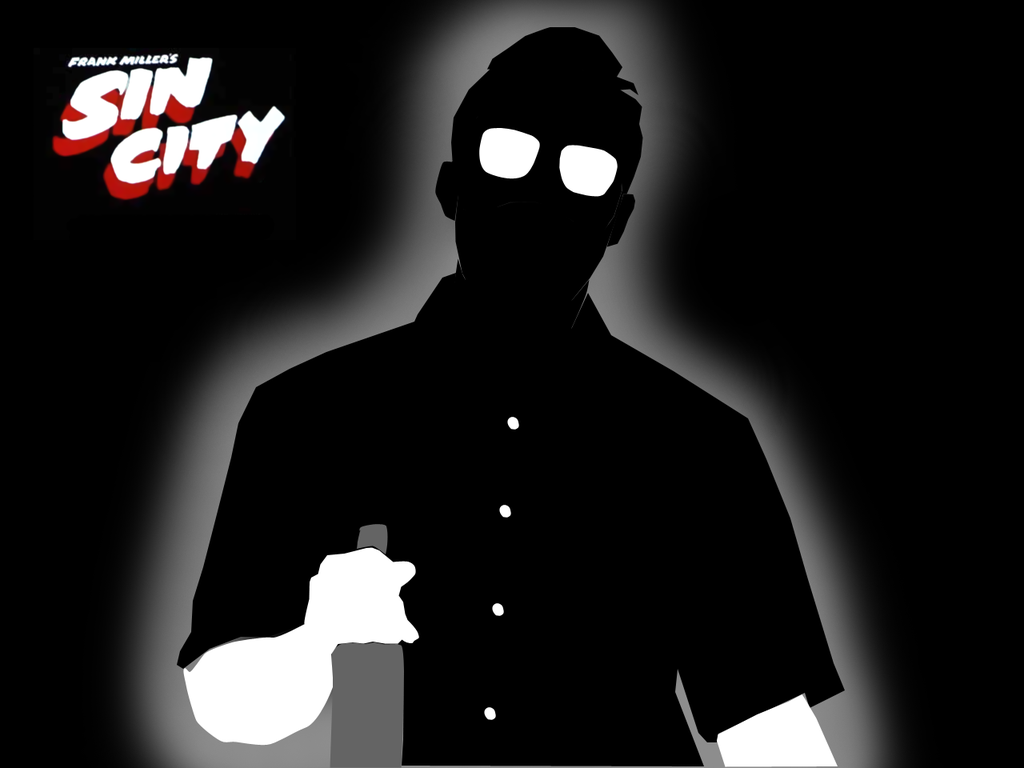 Your favourite Sin City characters return for a much-anticipated sequel

Sin City was one of the finer cult films of the noughties. The marriage of clever negatives and shadow sequences, smudged with deep doldrums of stylised crime gave the film a flicker of high art flair through its compelling visual silhouttes. It even managed to rise above the often tarnished vapid violence of pulp fiction. Genuinely innovative in its realisation of Frank Miller’s black and white tales of sordid want and wanton corruption, the film ushered in a new phase of all screens green and a new dependence on technology to stun a twenty-first century audience. Nine years later and the sequel of a potential franchise – unloved, wrapped in its shiny polythene wrapper – seems unnecessary, devaluing the legacy of a singular marvel in the truest sense of the word. Unlike the comics of an avid collector, the film industry has a short memory for a modern classic; age brings no extra value, just the decay of a relic collecting dust in the display case.

While the characters of Sin City cheat and deceive their way through the fiction of their lives, the numbers tell no lies. In April 2005, the original opened with a 29 million weekend at the box office; Sin City 2, grossed a paltry 6.5m. Hollywood does not recognise modesty and a film that stretches the diaphanous edges of an already bloated industry with its sleazy excess has failed to absorb the paying punters. Surely the diagnosis is simple: the amnesia of an audience. Wait ten years and your cult followers end up like Mickey Rourke’s psycho killer Marv, wondering what the hell happened last night, let alone a decade ago. Film production has grown up. The distilled duo-chrome perfection, produced by the technical wizardry of directors Rodriguez and Miller, has become antiquated, not modernising, lost amidst the current trend for the attractive technicolour of its 3D fantasy competitors.

Clearly, Miller’s 1940s caricature of a New York netherworld now only appeals to Sin City stalwarts. The universe of the writer’s imagination remains compellingly sumptuous as we sink into the stinking dregs of scumbags, creeps and perverts, perfectly brought to screen in black and white. Colour flares into this cityscape in the lick of a red light lip and the flash of a bedazzling eye. In the title story, Eva Green as Ava is a sorceress, a Medea of the New York night, gobbling men with her frantic charm. Never before has an actress’ name been so well suited to a role as Eva Green: each eye sparkles emerald like the big apple of Sin City’s inspiration. If this comes across as the words of someone besotted with Green’s character, frankly, it probably is. Bums on seats is the closest we can get to the bums onscreen and the openly pornographic feel of the film is part of the attraction of this most R of all Rated Rs. To put it more politely, gratuitous nudity in the pursuit of concept art is all part of the Sin City appeal and it seems somewhat churlish to express too many gripes about the film’s shall-we-say generous flaunting of its female nudes, sorry, actors. However, the absence of balance between male and female nudity is brought to a hysterical climax as the concealment of Brolin’s penis offers the funniest accidental comedy of the year. He coyly hides behind a cigarette, before he finally reveals his emasculation, lying prone on the street having exploded all over – or rather, out of – Ava’s bedroom window. Compare this to the constant full-on frontals of the female leads and you get the idea.

Josh Brolin, who takes up the mantle of Clive Owen’s superlative Dwight McCarthy is chief of those who fall under Ava’s spell. Brolin falls flat by comparison to Owen in an underwhelming performance that will not add to his canon of career defining roles. In a city of shadows, he is overshadowed by the star Eva Green, who is more of a black hole draining the testosterone of mankind, imploding at the heart of the film’s storyline. Brolin’s McCarthy lacks the charismatic chemistry to combust with Green’s Ava, rendering the major plot palatable rather than pulsating.

Palatable and plot are not the operative words in this incarnation of Sin City, nor have they ever been. As for plot, Rourke, Bruce Willis, and the eleven year old girl who (by a freak of nature) transforms at the age of nineteen into Jessica Alba, return. The evil senator remains alongside an unlikely beautiful girl gone ugly, and ugly guy gone, er, uglier. The Alba/Rourke coalition spend not a lot of time doing Hartigan’s unfinished business, making it all look a whole lot easier than the failed cop, aided by the man himself in phantom form. The uninitiated have their hands held throughout by the constant, raspingly grave narration on events by the lead roles. Despite this it really feels like an extension to the previous film, but without the same depth of cast. A Dame to Kill For is one for the fans who demand a final payoff for the bad guy after the first film, rather than the intrepid virgin looking for a Bank Holiday pursuit. Fortunately, for fans, the mixture of sanitised black and white gore and the red dripping violence remains, albeit to previously unexplored levels of eye related trauma. Basically, every macabre slice of opportunistic bloodshed that you thought could have been in the last film exists here in a carnal carnival of Expendables-style amped up carnage. Gratuitous nudity, violence and not a lot in between: exactly what a Sin City sequel should look like.