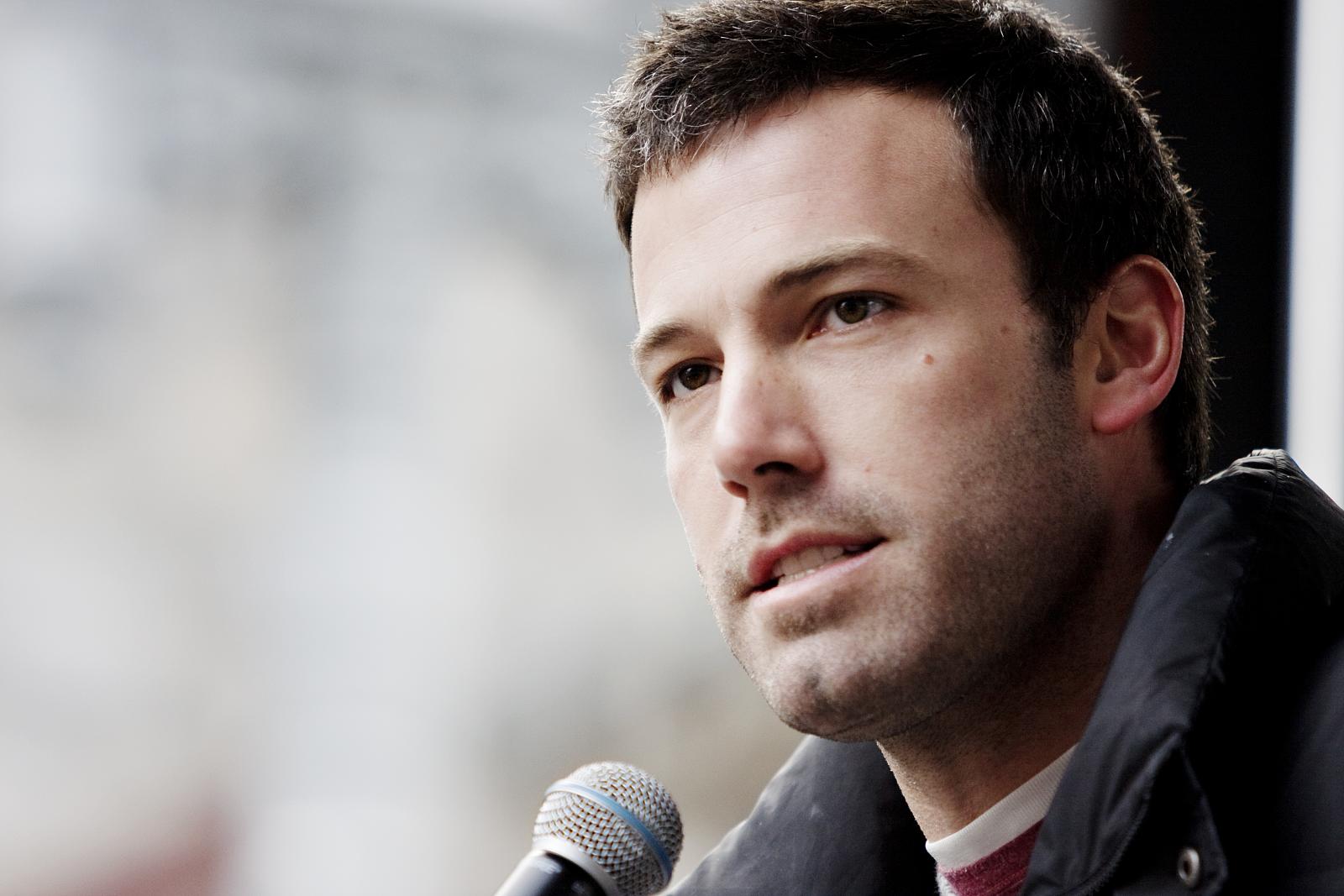 Writer turned bar owner, Nick Dunne (Ben Affleck) comes home on the day of his 5th anniversary to find signs of a violent struggle and his wife, Amy (Rosamund Pike), missing. Soon enough the media takes hold of the story, forcefully throwing Nick into the public eye. As the speculation over his wife’s location (dead or alive) intensifies and inconsistencies appear in his story, Nick soon finds himself evading a police investigation. His wife missing, his innocence questionable, his life in tatters, Nick Dunne free-falls through this stylish thriller by A-list director, David Fincher.

His first feature since 2011’s The Girl with the Dragon Tattoo, Fincher’s new film is also based on an incredibly successful novel. Published in 2012, Gillian Flynn’s Gone Girl quickly topped the New York Times Best Seller’s list and stayed there for an impressive eight weeks. It is no surprise then that by December of the same year Flynn had already been asked to adapt her story into a screenplay and had handed in her first draft.

Though the source material may be draped in accolades, the film is not without its controversy. Upon its release it was met with a slew of articles denouncing it as misogynistic for its treatment of Amy, and that equally in turn resulted in counter articles claiming that the film actually empowered women. On top of that, more controversy arose out of the film’s brutal violence, the BBFC awarding it an 18 rating for ‘strong violence, which features a significant focus on blood and injury detail’ and ‘over 50 uses of strong language’, so it may not be best suited for the squeamish or the easily offended. But, what Gone Girl has definitely shown in its divisiveness is that it will make people talk.

The film’s not-so-lovely couple are cast perfectly. Ben Affleck (reborn as Batfleck in light of his recent casting as Batman in the upcoming Batman vs Superman blockbuster) easily encompasses the role of Nick Dunne, an unambitious slacker that never lived up to his wife’s expectations. Considering that the film’s success relies squarely on Nick being a malleable persona in the eyes of the audience, Affleck does a stellar job. He fills the silhouette of someone as innocent as those fruit smoothies in one moment, to being guiltier than OJ in the next. Equally, Rosamund Pike also delivers as the titular Gone Girl, Amy, a classic template of the cool girl that eats junk food, likes dirty jokes and dislikes Adam Sandler movies. That is not to say that Amy is the heroine of the film, far from it, but Pike succeeds in showcasing that Amy’s easy going personality may only be skin deep. Rather curiously, the supporting cast is largely constructed of comic actors; Neil Patrick Harris of How I Met Your Mother fame playing Desi Collings, one of Amy’s stalkerish ex-boyfriends, and Tyler Perry from generally bad films fame playing media savvy lawyer, Tanner Bolt a.k.a ‘the patron saint of wife killers’. These odd casting choices work well in the film which carries a surprising amount of dark comedy. This is perhaps where the film encounters one of its few missteps; Patrick- Harris’ character in particular ends up being funnier than he is menacing which creates some jarring tonal imbalances in the latter stages of the film.

The narrative plays out like a tumultuous marriage counselling session. One half is set in the present day from Nick’s point of view as he tangles with a murder investigation hell bent on slandering him and the other set in the past, leaping from Amy’s diary entries as she details the dissolution of her once idyllic marriage. The clever narrative ploy mimics real life relationships which inevitably end up having two sides to the same story and the two arcs entwine to serve some poignant observations on what it means to be married; the parts of you that you choose not to reveal to your spouse but must always surface. These themes of image and reality arise again and again in Gone Girl, be it the way Nick interacts with the media as they warp facts and truths to serve whatever narrative they’re trying to feed to the public, or the fictional Amazing Amy from a series of children’s books based on Amy written by her mother.

With a lengthy run time of 149 minutes it’s a testament to Flynn’s screenplay and Fincher’s skill as a director that the film never lags. However, where it does fail is perhaps in its makings as a thriller. The first two thirds bring tensions to a boiling point as the story twists and coils leaving the audience tense, reeling and impatiently waiting for more but in the final act, when the lid should be blown sky high, the story is taken off the hob and left to cool which is a little disappointing but equally not a damming failure.

Aesthetically, the film is no less impressive than Fincher’s earlier work. Long-time collaborator and Director of Photography, Jeff Cronenweth shoots the film with cold and masterful artistry, really bending the camera’s lens and colour palette to suit the film’s somber romanticism. The cinematography of one scene in particular stands out as Nick and Amy wander the streets, their presence only made brighter by the denseness of the shadows that surround them. They kiss for the first time in a sugar storm next to a backstreet bakery, a scene so sickly saccharine that it’s a wonder that neither of them contracted diabetes.

Come the end credits, the feeling that you’ve seen something disturbing yet funny, real yet farcical, leaves mixed emotions but in no way should that be taken as a criticism. Under the film’s cold and clinical mantle lies a writhing carcass, something ugly and unnatural but ultimately engaging. Its gaze stretches past marriage to a more primal level – the way we portray ourselves to the external world, be it to our spouses, our family or the Cirque du Soleil that is modern media and social networking. In full view of the public, Affleck’s charismatic slob is forced to walk a tight rope teetering between victim and villain, husband seeking wife and murderer harbouring guilt. The intricacies of the plot, cinematography and tone all point to a director and supporting team that have poured over and over every frame and word crafting a near seamless 149 minute affair.